Nestled in a quiet area of Belgium sits the town of Genk. Head north on this Sunny Sunday for a couple of miles and you get to a forest with a very big church. A stream of cars are heading in this direction for their regular pilgrimage. They're not going to this church, however. No, in the background is the Cristal Arena. 'All aboard the Genk bus' as we follow the stream of football fans to the Cristal Arena, home of KRC Genk in the Jupiler Pro League.

Genk are a relatively modern club, formed in 1988 following the merger -of course- of KFC Winterslag of the First division and K Waterschei SV Thor Genk of the Second division. Instead of keeping it simple like 'SV Thor Winterslags' they opted for Koninklijke Racing Club Genk. Genk to you and me. A couple of years ago Genk one the heart of the British footballing population when Sky Sports' 'Soccer AM' started a short running special 'All aboard the Genk bus' to keep those wishing to be updated on all things Genk. In truth it led to me resenting the club slightly, as almost overnight people were Genk supporters, failing to notice they couldn't pronounce the name properly.

Their home, the Cristal Arena, was built in 1999 and has a capacity of 25,000, or 21,500 for European matches. Two sides are your standardised modern two-tiered models. These sweep round onto a similar side, of which the seats have been ripped out of the bottom tier to give way to a terrace capable of holding 4,200 people. The final side joins onto the other 3 with awkward joinery. The corners are three tiered hospitality blocks, with a small tier of seating beneath. The main stand is similar to this but the lower tier of seating is slightly larger. Away fans are placed the opposite stand to the terrace. As expected, the loud Standard fans filled this out.

The game was entertaining, and perhaps a fair scoreline given the harsh sending off of a Standard player. 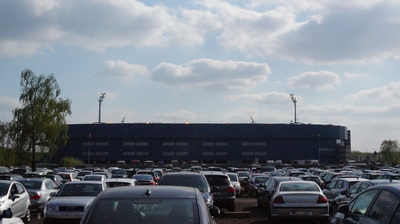 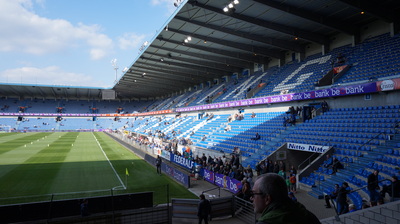 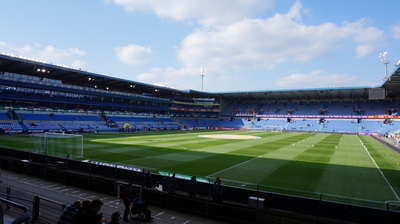 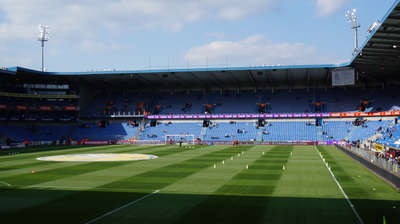 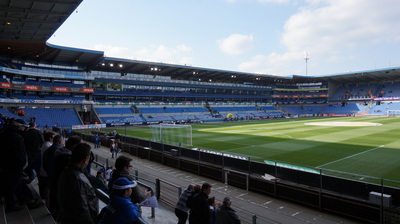 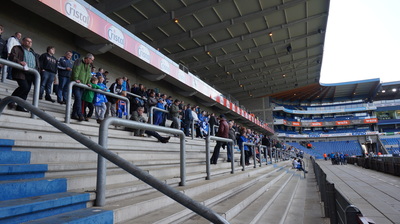 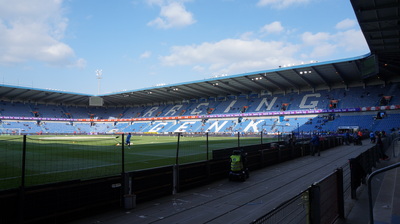 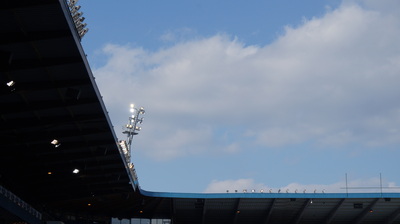 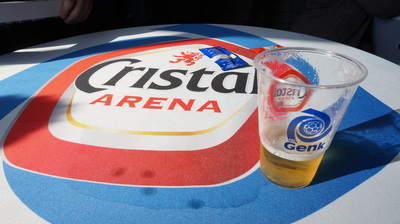 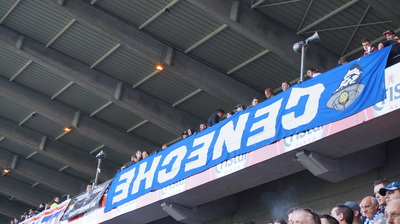 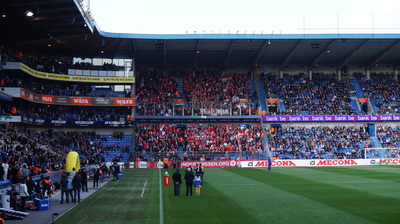 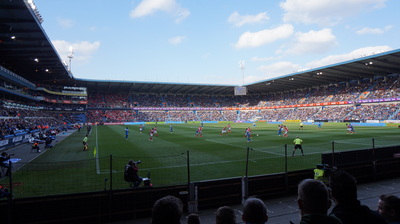 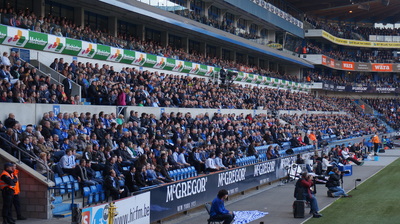 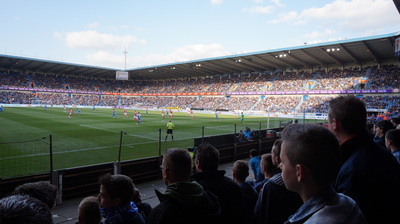 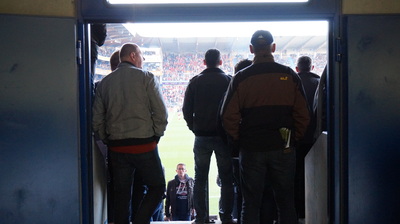 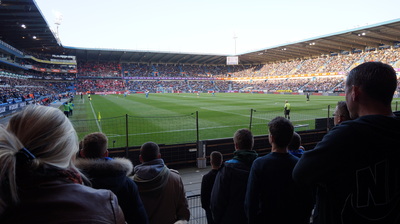 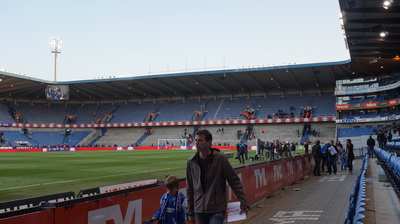