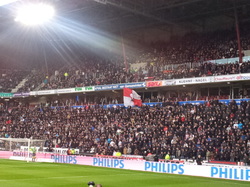 This was the third tour for me and a few mates of games in Europe.  Eindhoven had a few attractions that appealed to us and one we did not know about but actually became the better part of the evening.  It had a football team with a great history, nice ground very centrally located; everywhere we wanted to go was only ever a short walk.  The hotel was 150m from the ground and the pubs and bars a few hundred metres the other way.  My perspective of the ground was probably slightly biased as we had some great seats with superb views and we also had a few PSV fans in front of us who were really friendly, spoke perfect English and were keen to engage in footy banter all night.  From our seats, the ground looked phenomenally steep and I thought afterwards that it must be as is takes up very little space and the outside just goes straight up to fit in the 35,000 or so capacity.  It is a great, tidy ground just superbly located.  PSV also have a very sensible (Dutch) approach to beer at a game...if you can carry it to your seat you can drink it as your seat.  Atmosphere was a little on the quiet side but this was a rather uninspired PSV performance versus a team that parked the proverbial bus in front of the goal from the off.  We were prepared for this though as everyone we met before the game simply said.....why have you come to Eindhoven to watch PSV...they're awful!

So now to the attraction that shaped the evening.  Part way through the first half one end of the ground just stood up looked at the main stand and starting chanting.  Then everyone started looking at the main stand and slowly the whole ground started up with the chant.  Bemused by this we acted as sheep and followed the stares that were all aiming at one man at the top of the lower tier of the main stand.  A quick discussion amongst us determined that the man was Heurelho Gomes....known to us English as a calamitous goalkeeper who is third choice at Spurs (yes he is still with them as he has to be back at training on Monday!) but to PSV is a legend of legends.  4 years and 128 games (no goals).  The place was going mad and it felt that even the players were going to stop and join in the chanting.  Three things then followed this that made for an interesting evening (good, bad and ugly).  Bad was that as he was in our section, trying to get out for a beer at half time was almost impossible as everyone was stopping to have their picture taken.  Good was that Gomes showed what a great character he was....he spend all of half time having his picture taken and then in the second half he 'helped' PSV generate an atmosphere by walking round the ground to rapturous noise, having his picture taken all the way.  Ugly was that one of our group had their picture taken with him and then proceeded to hit on any female who would listen round the bars after to show them and spark up conversation....with surprising levels of success such is the popularity of Gomes in these parts!

So we went all the way to watch the great PSV and a third choice English club goalie made the evening.  You could not make it up! 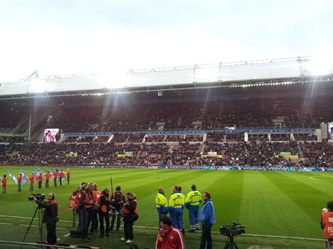 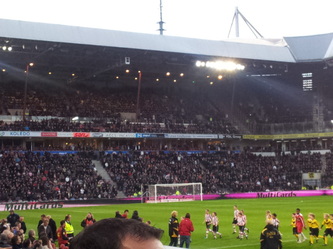 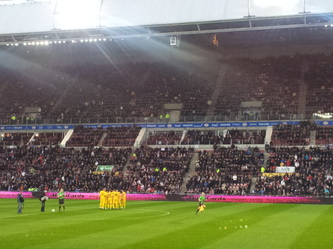 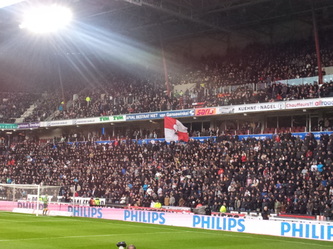 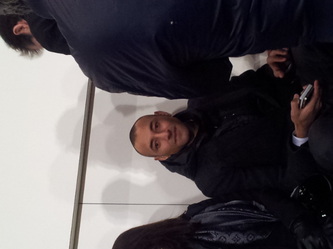