20 miles south of Philadelphia on the banks of the Delaware River in the town of Chester you will find PPL Park the 18k home of MLS Philadelphia Union. Built in 2010, it cost a staggering $120m. Staggering because it really is nothing special, infact it is rather dull. It is clearly built to expand it if necessary, but it does make you wonder what the money went on. Looking at the pictures, you may also wonder how a stadium that size can fit in 18,000 seats (essentially the size of the Rat for example). Well I can tell you (from experience) this is solely due to the seats being as narrow as I have come across. The leg room is ok, but the width of the seats is laughable. Admitably I am a big man, but this is America (!) and I am glad the seat next to me was empty otherise it would have been a very uncomfortable night.
Anyway, that's not what you want to know, you can see what it's like from the pictures. What you really want to know is what is the MLS like? Well, the atmosphere was ok, the 'river end' gave a decent account of themselves. The chants were fairly basic stuff, but there were all the 'euro-favourites'. They are called the son's of Ben after Benjamin Franklin. There were no away fans, but I guess Colorado is a long way for a Friday night! Two fans had a fight towards the end of the first half. I can only assume this is a rare as the response from the stewards and police was snail pace!
I'm never very good at comparing standards, but it certainly isn't EPL. I would guess mid championship.
However, before I am prepared to accept the MLS into the 'football family' the following MUST be addressed:
1) Terminolgy; simple message, get it right. They are not goal tenders, subs do not come 'in' and it is an 'attack'!
2) If you check your ticket you will see that clubs, thoughtfully, put the kick off time on it. This isn't an estimate or a preferred time, it the the point at which the ref starts the game. It would help everyone around you in an all seater stadium if you made some sort of effort to be in your seat by the stated time.
3) Similarly, unlike your sports, we play a fixed time and a running clock. All you have to do is sit in your seat for 45 minutes......then we let you walk about for 15 before asking you stay in your seat for another 45 minutes......is it that fecking hard?
4) As we only ask for 90 minutes of your time, is there really any need for umpteen people to be walking up and down the aisles selling pop-corn, hotdogs, water, coke and just about anything else you can shove down your throats. You are here to support your team, not have a three course meal.
5) The tannoy is for substitutions, injury time (by the way this is not overtime) and emergency announcements. It is not to announce yellow cards, commercials or for wishing little Johnny a happy birthday whilst the game is going on.
6) When you come across an Englishmen in the crowd please don't assume he is there 'because of David Beckham'. Some of us were interested in football before the 'golden one' ever kicked a ball.
7) You are allowed to stay until the end of the game, even if your team is losing. But if you do decide to go, then go. Don't stand up and then spend five minutes hugging all your friends as if you are going on some round the world trip. Just because you have had enough, it doesn't mean everyone else has.
8) Finally, one of the advantages of going to the game is that you don't have to put up with irritating commentators. So please, adopt this very simple rule. If in doubt, say nothing.
Yes.....our friends from across the pond have a long way to go.
Featured Game Union 1-2 Colorado (29-7-11) 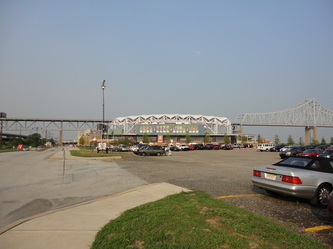 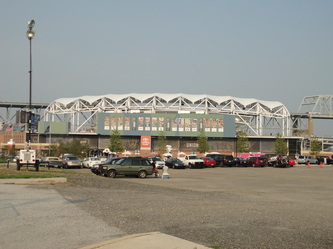 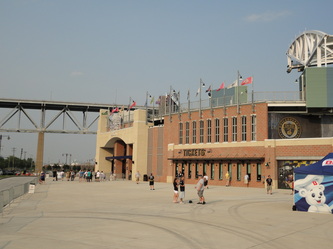 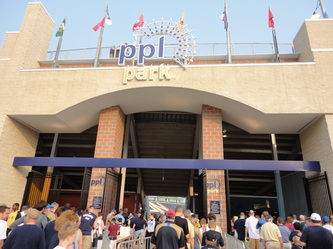 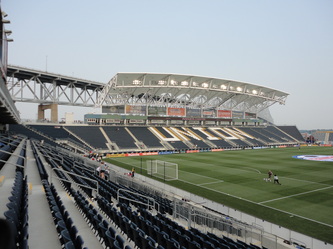 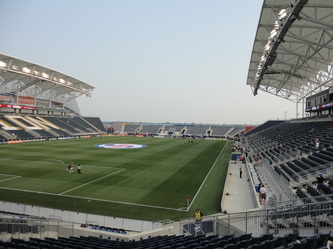 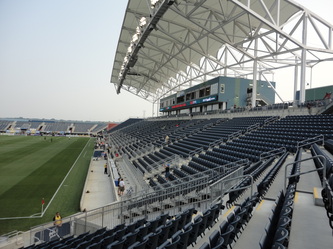 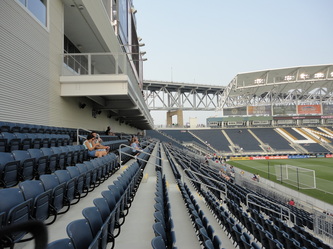 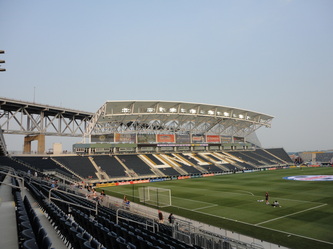 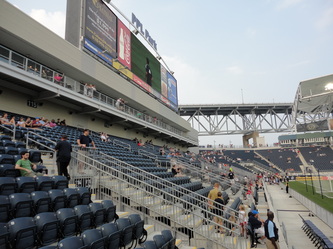 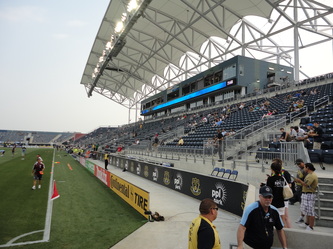 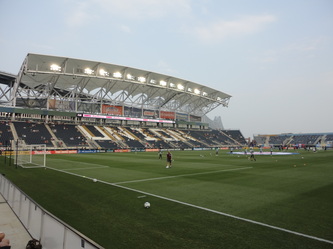 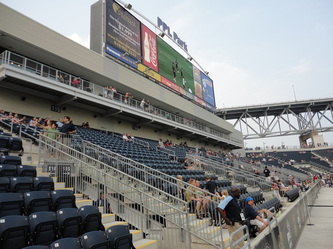 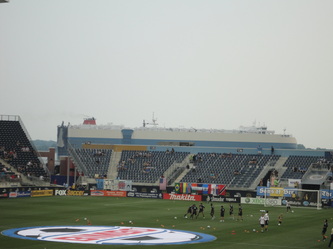 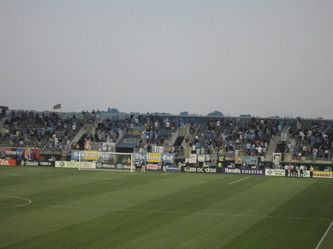 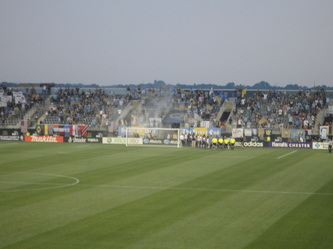 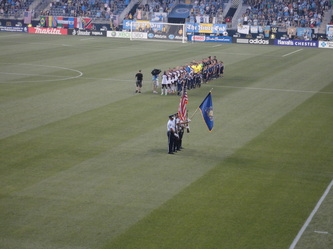 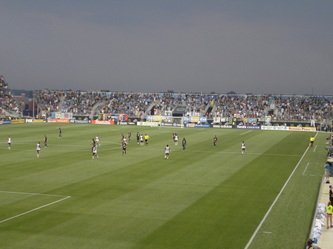 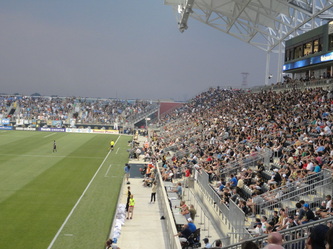 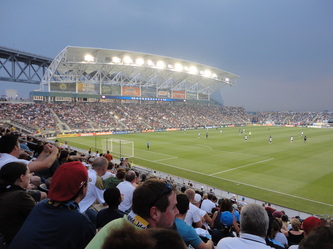