If you were to ask me who I wanted in the FA Cup first round, I’d have said Notts County away. As such, you can understand my disappointment when instead they were drawn at home to Accrington Stanley. Then Chesterfield were pulled out of the hat, then Sheffield United. It was all looking pretty glum as I stepped away from Twitter to finish making my dinner. Then my phone exploded, all tweets, texts and even snap chat’s said the same thing. We’d got Portsmouth away.  Needless to say, after a period of joyous screaming, my return home for the weekend was booked in a matter of minutes!

All that was needed was confirmation of what date the game was to be played. Rather poignantly, the weekend the game was to be played on was to be remembrance weekend. For those unaware, this meant that on the 100th anniversary of the start of the First World War the team of the home of the Royal Navy would be hosting the home of the British Army. As such, many were of the belief that this would be on TV, the only spanner in the works was that Gosport, Havant and Eastleigh all had first round ties along with Southampton being at home.

There was an element of annoyance, particularly from Pompey supporters when it was confirmed the game would be played at 2pm on the Sunday. This was perhaps reflected in the crowd for this game, with many choosing remembrance ceremonies of their own, rather than that conducted by the club before the game.

The weeks leading up to the game went rather quickly, and before I knew it I was walking through Aldershot to meet everyone for the train to Fratton. Everyone was in fine voice as 2,446 of us descended onto the south coast, save for an impeccably observed two minutes silence at 11 O’clock on the platform at Woking station.

Arriving into Fratton was a scene to behold, as it seemed as if everywhere you looked there were Aldershot fans streaming off the train. First order of business, however, was to find a pub to sample before the game. Having been turned away from one that turned out to be home fans only, we ended up in the Milton Arms (I think that’s what it was called). Getting served was a struggle with only two people serving a rammed out pub. After a 20 or so minute wait I finally had my drink and stepped outside to sample the pre-match atmosphere.

One thing that immediately stood out was how few people, other than Aldershot fans, were about. I reckon I could’ve counted on my hands and toes the amount of Pompey supporters I saw. Drinks drunk it was onto Fratton Park, which coincidentally will go down as my 400th ground visited in all sports.

After a customary search it was up the steps and into the Milton End, to get a proper look at the ground. As with all grounds this size I’ll save on History etc. as there’s more than enough sites out there covering the history of this place. Prior to the game Phil had commented how he never quite got the appeal of the place, but for myself it was easy to see. It has a charm that is sadly lacking from so many grounds. Seats bolted onto terracing, leaking roofs and pillars everywhere. To top it off I got to see yet another example of Leitch architecture.

Initial impressions gathered I watched on the remembrance service, prior to another impeccably observed two-minute silence, along with Aldershot supporters showing a display saying ‘Our Town, Our Heroes, Our Respect’ accompanied by numerous flags displaying poppies. I know this was a city proud of its history, but you don’t understand to what extent until you visit on this weekend.

With the referees whistle the away end erupted into a cauldron of noise, accompanied by a couple of red and blue smoke bombs. The first half was looking to be massively anti-climatic given the hype running into the game. Portsmouth had gone 1-0 up on the back of a soft penalty. On the face of it the referee was correct in awarding it, but it was soft none the less. That was until the stroke of half time when Jordan Roberts was on hand to tap in at the back post, sending the away fans into raptures.

This was the catalyst needed as Aldershot dominated the second half; their patience was rewarded twenty-five minute later when Mark Moseley fired home.  Now I’ve been involved in some crazy celebrations, when Danny Hylton scored at Middlesbrough for one, but this ranks amongst the craziest. The bruise/swelling on my right kneecap is testament to this. That’s why it’s so frustrating that we’re looking at a replay a week Tuesday (tbc), as we were so dominant but for a lax at the back to allow Pompey to equalise 10 minutes from time.

Despite this, heads were held aloft on what is as good of an Aldershot performance as I’ve seen for a long while. The train back was spent in silence as the day took its toll on people, but talk was very much of the replay. Whether I will be able to make it remains to be seen, but I’m 99% at least one of PDM will be at the game.


Sorry for the poor quality, photo's were taken on my phone 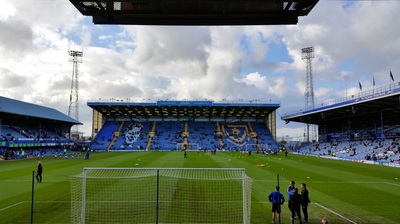 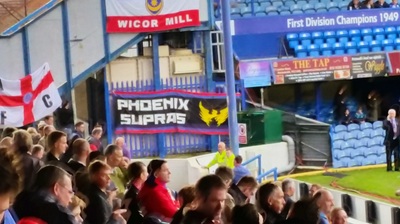 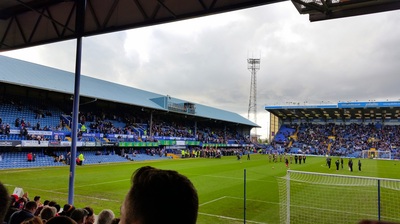 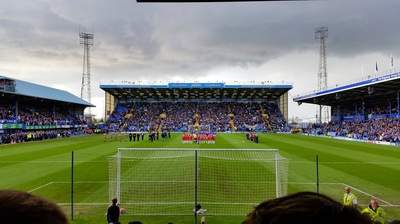 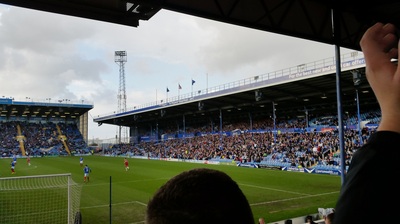 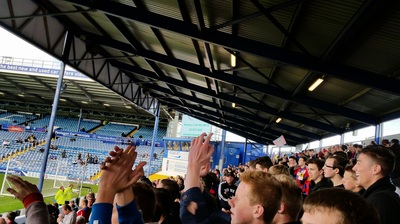 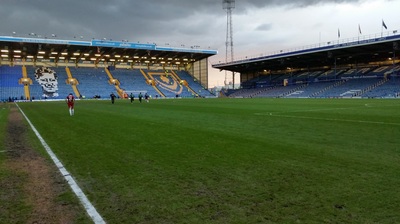 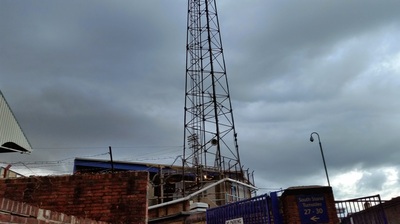