My original intentions, as with numerous Aldershot away games this season, was to not take photo's of this match but a couple of things changed my mind. The first being that we don't actually have a proper blog on Vale park. The second being that these blogs provide a go to place in the name of procrastination, as I'd much rather write about football the revise Calculus. The final reason being that the good people of Phones 4 U had fixed my phone in a lot quicker time than I had hoped so was eager to test the camera out as that was my main grumble.

It was to be an early start having to leave Breda at around 8am local time, by 6pm we were pulling into the car park at Vale park, after picking up Matt and the RR. The first order of business was to locate the away ticket office. I couldn't help but wonder why it was placed nearer the home turnstiles than on the massive great wall next to the away one, but I was more worried at thinking £10 for a junior in league 2 wasn't too bad. It's the 4th f*****g division and I'm impressed at entry prices being £20 and £10 or whatever they were. The world has gone mad. After this we sought the relative warmth of the social club. A pretty grim affair, but it serves a purpose, the oddity in here was that I don't remember their being a TV. After a quick drink we made the stroll to the away end, one of the most deceptive in the league, the exterior makes it look tiny.

Vale park opened in 1950 at a cost of £50,000. The plan was that this would be "the wembley of the north" although they didn't really succeed. If you want to read more about the glamorous history of Vale park then don't be so lazy and google it. Its current guise comes post-1998 when a renovation was carried out. Away fans are housed in the Hamil road stand. This is awfully shallow, with a capacity of  around 4/5,000. The views from here are obstructed somewhat by the low hanging scoreboard as well as a number of pillars. To our right was the Lorne street stand, this is infamous for the fact the it is half complete, with the partial opening having been in 1999. It's a fairly bland stand, the lower tier being half seated. Then there is a row of executive boxes with a small seating gallery in front. I read somewhere that the completion is intended for this summer, which should boost the grounds appearance somewhat. Opposite us was the Bycars Road end. This is similar to the away end and joins on awkwardly to the railway stand. When opened there was a large paddock to the front, but this has subsequently been seated. The corner between the Bycars & railway stand is the only remaining section of the 1950 build.

If I had of got my act together then I would have write this report prior to the Wycombe game on what an impressive point it was. But after the Wycombe game it is a case of two points dropped with a draw not being good enough. A shame because the second half of this game was the best I'd seen from Aldershot this season in terms of effort on the pitch. How we might come to regret those missed chances. 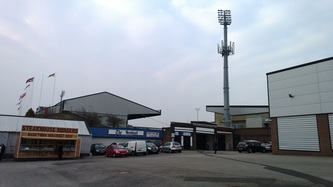 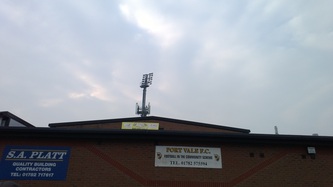 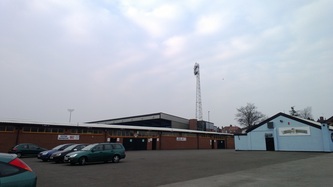 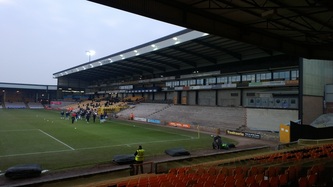 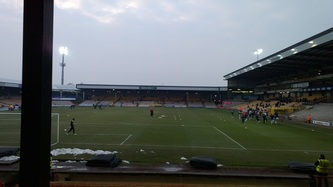 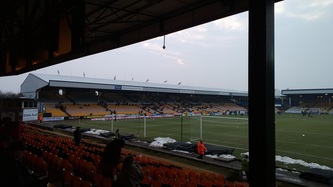 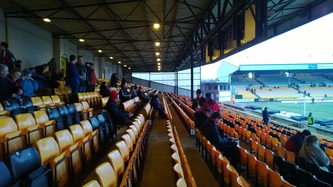 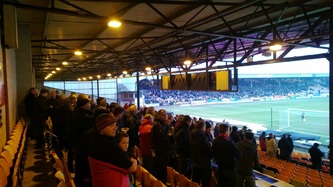 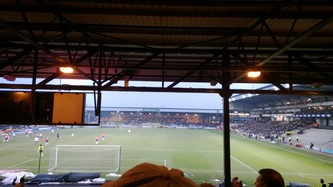 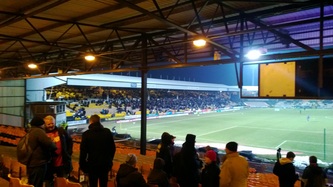 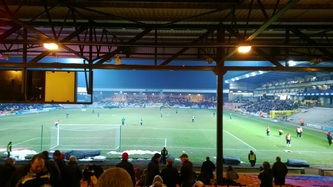 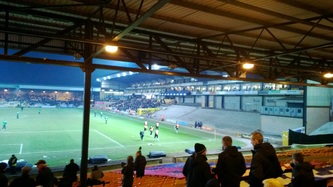