Opened in 1975 and played host to the Detroit Lions until 2001 when they left for Ford Field. After, it was used for conventions etc (and the Steeler for practice prior to Super Bowl XL) and the car park was turned into drive in cinema.
I remember is for being miles out of Detroit and, in the NFL ground guide, it states that there is no way of getting their by public transport! That and the pre 94 world cup friendly between Italy and England where the pitch was bought in on trays and assembled in the stadium.
Long list of main events including a papal visit, Elvis World Cup games and SuperBowl XVI
The crisis hit the Detroit area about as hard as anywhere and it looked like the end for the facility as Pontiac struggled with maintenance costs. Astonishingly, they put the stadium up for auction in 2009 with no reserve. It was sold for $550k (it cost $56m in 1975, equivalent to over $200m in 2009).
Plans are for an expansion MLS team, and a game was played there between AC Milan and Panathinaikos in August 2010. So techncially it may not be and 'old ground' for long. 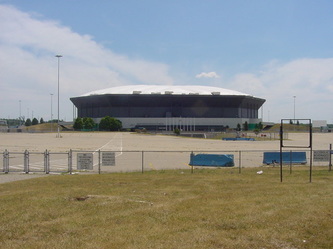 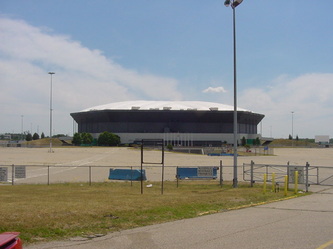 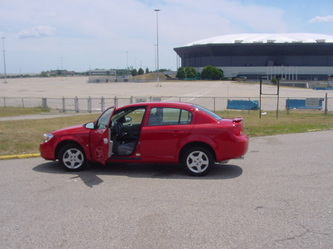 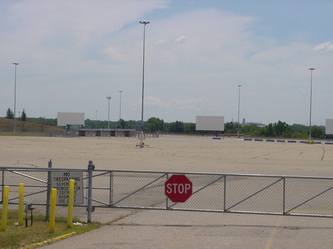