I forgot to charge my camera

so had to rely on my phone. The good thing is that it is a Sony so the camera is decent  (8MP) and I can do sweep panoramic on it. While not as high quality as usual I hope the photos are decent enough.

With the disappointment (?) of losing on penalties it was on to the first game of the season away to Plymouth. The game last year was one we left wondering how on earth we lost it. Amongst the things we threw at them were a cat, four gold fish, our favourite pillow and the kitchen cabinet. Some how we failed to score and they went home with the three points.

Since last season Plymouth have recovered financially. Their budget is one of the highest in the league, reported to be at a figure of £1.2 million and they are planning on rebuilding the main stand. I'm not sure of the capacity, but a Plymouth fan we were speaking to on the way down said it will have things like an ice rink and cinema built into it. A During the week Plymouth beat Portsmouth 3-0 in the cup and named an unchanged squad.

Aldershot have strengthened this season with some decent signings. The only players I can think off the top of my head to have left were Darren Jones and Anthony Straker. On the past two games I think we have signed better players. Lots of players have come in during the summer. Craig Reid has joined on a club record fee, adding much needed strength up front, while we have got Sonny Bradley back on a season long loan. This is a player to watch in the future, he is a fantastic centre back. Unfortunately Ross Worner is injured for the foreseeable future, requiring spine surgery and Craig Stanley broke his leg in a PSF against Woking. Danny Hylton is also banned for 8 games. Today's game also saw Peter Vincenti and Olly Lancashire miss out due to injury, replaced by Josh Payne and Alex Rodman. Alex was making his first start in about 7 months after overcoming Blood clots to the lung.

Because of this most people were expecting a draw,including myself. We caught the 13:18 from Exeter St Davids and made our way along what could be my favourite trainline in the south west. The majority of the time you are within touching distance of the sea. there was also a good view into Newton Abbot racecourse! Most of the journey was spent in conversation with someone who used to live near to PDM UK HQ, but moved to Devon and began supporting Plymouth. The walk to the ground from Plymouth station is really straight forward. It's about 10 minutes through central park, going past things like base ball fields and golf courses. We decided to walk the long way to the away end in order to get some photos behind the other stand.

We entered the away end were I parted with £3 for the decent enough programme. One feature that I thought was quite cool was the 3D team photo in the centre page. We took our places in the stand just before kick off. Plymouth fans have organised a group in the summer called Forza Verde, with today being their first display. Prior to the teams coming out they had the surfer they used last year. This time they decided they wanted it to surf making it's way round the ground. As the players came out they had a small display, with large green and white streamers and held up the with the words "pride" "passion" and "belief" held up next to them. This would be the end of their support for the game. Well I didn't hear them after this.

Aldershot started brightly, making early pressure count in the fifth minute. Anthony Tonkin curled a free kick into the danger area for Troy Brown to rise and head it past the stationary Jake Cole in the Pilgrim's net. A perfect start to the league season. Plymouth then increased their pressure and may have counted themselves unlucky not to go in level at the break. A combination of inability to hit the target and bad luck meant they didn't. They had two stand out chances, the first coming from guerrieri. He shot the ball from about 20 yards out straight at Jamie Young who didn't catch it right and slipped out of his hands. A slightly faster forward may have been able to capitalise on this and tap it in, but Young recovered well to smother the ball. Their other decent chance was a free kick Paul wooton had his 25 yard free kick take a deflection off of a defender and blast off Jamie Young's post. The Shots only had one more chance of note before the break with Anthony Tonkin's free kick curling narrowly wide. 1-0 half time.

The second half started in the same manner as the first half did. This time Michael Rankine moved onto a lovely through ball only to be bundled down in the area by two defenders. I said penalty when I saw it (although I was at the other end) and I said penalty after seeing the highlights last night, Plymouth fans claimed it was a dive, although according to them our gamesmanship was a disgrace as we time wasted at every opportunity. Maybe I'm just being bias. Despite this Josh Payne steeped up confidently and stuck the ball right into Jake Cole's bottom left hand corner. After going 2-0 up Aldershot were happy to sit back and soak up the pressure. They needn't have as Plymouth were clearly lacking in a Plan B option. They had a lot of possession but most of that was spent passing the ball side ways and backwards with no threat going forward.

The final whistle went on what was a decent start from Aldershot 3 points and a clean sheet. I admit most of this was down to how poor plymouth were, but lets not take it away from Aldershot. We had a handful of chances and took them. Our defence also stopped Plymouth from playing while our midfield played some really nice football. It looks like a promising season ahead for one team and not so much for the other. Actually what do I know? there are 45 games to go!

After the game we headed back to the station where I bumped into someone I know from Twitter/TFF and had a short chat about our views of the game before having some laughs at the tweets from Plymouth fans. A decent start to the season. 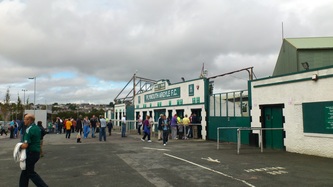 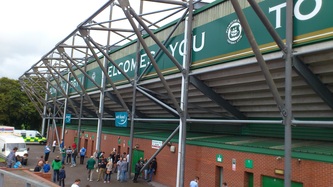 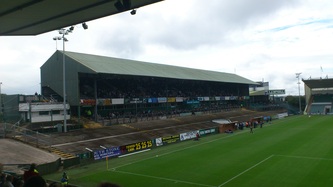 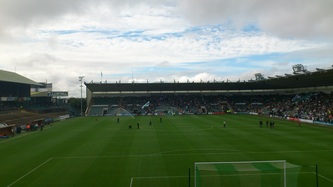 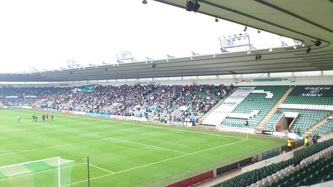 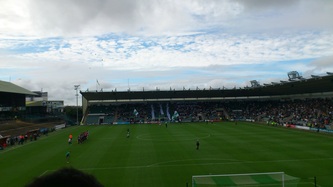 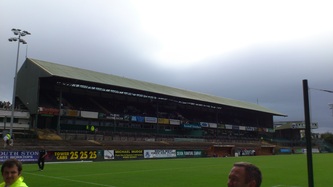 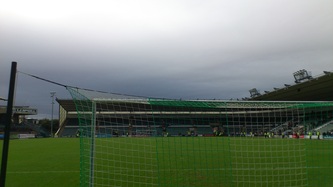 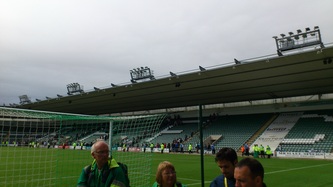 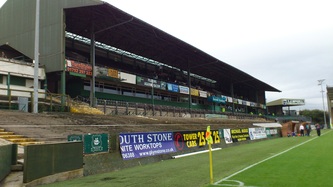 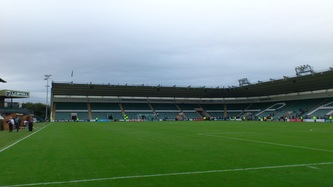 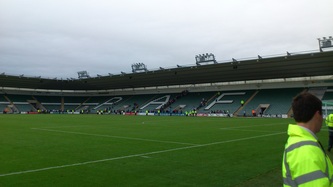 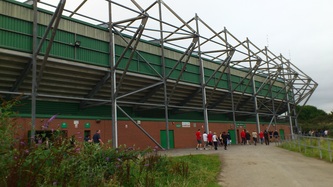