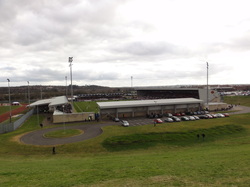 can often push you to the verge of insanity. The ability of a team to go from Relegation candidates to play-off candidates and then looking like a relegation team again is remarkable. This has happened for the shots over a period of 8 games. Achieving a club record 6 games won on the trot, starting at Wimbledon, the shots had lost in Torquay on Tuesday night, and were now up against one of the worst teams in the league. The writing was on the wall really.

The walk from the ground is a relatively long one. It should be fairly basic as well. I made the stupid decision to see if I could walk across the fields next to the rugby ground to speed up the journey. I couldn't. It took about 35 minutes to get there. It did mean I could get a picture from a top the big hill behind one end. From here you can see Sixfields, Franklin Gardens and the County ground. Sixfields replace the county ground in 1994 and is nothing special. Last week I commented that Salford was a more thought out version. Being able to visit here so soon after I can only agree with this further. To the left of the away end is the West Stand which has a capacity of 4,000. Opposite us was the South Stand which holds 900. This is identical to the away end. To the Right is the East Stand which holds 1,700. The food in the ground was of decent quality, but the prices are getting ridiculous. One pie and an oasis came to £5. How the hell does an Oasis cost £2.10? Really!? I want a Rubberduckzilla as well for that price.

The game is better forgot for Aldershot. It was disgraceful. Mr Akinfenwa take a bow. Despite your blatant fouls you are one phenomenal player. It was also nice to see Ben Harding in action again. Not so nice Mr Guttridge.  I'm hoping that Aldershot don't perform like this on tuesday (Crawley) or the result could be 7-0. 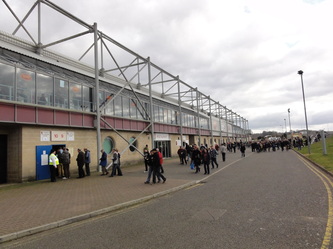 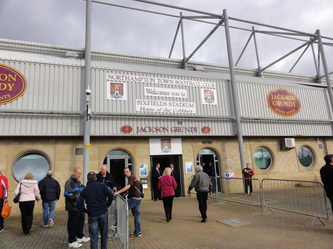 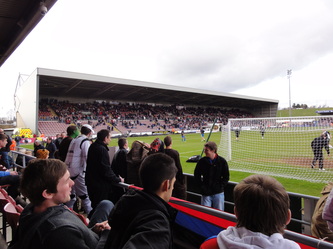 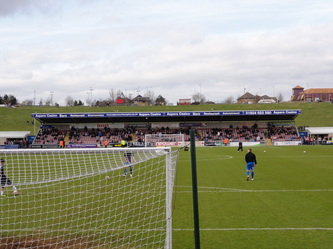 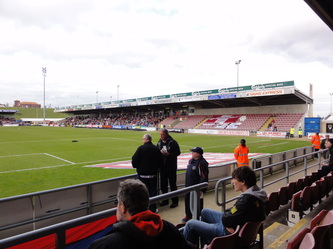 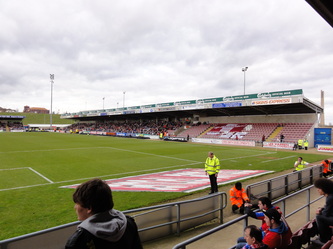 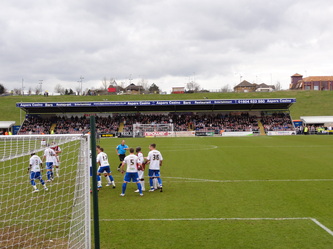 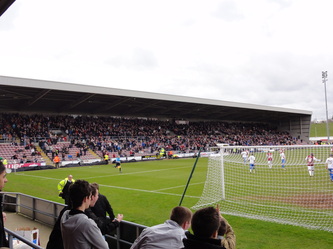 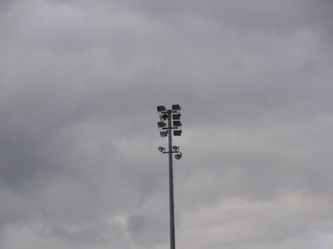 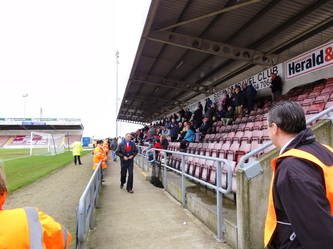 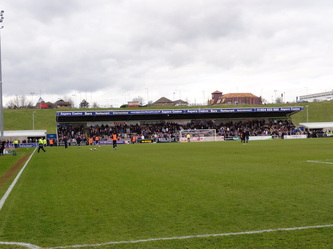 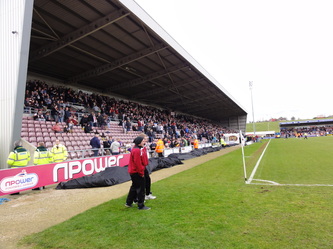 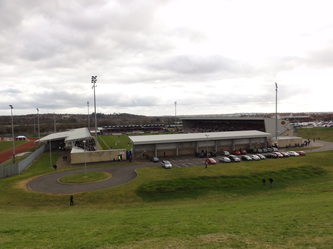