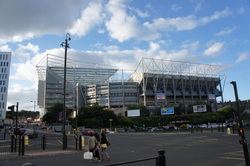 On a cold Thursday evening, we took advantage of some cheap tickets and headed up to Newcastle for their Europa League match versus Atromitos. The journey up was decent enough, stopping off at the grounds mentioned in the new extras page and the metro centre before finding somewhere to park. We ended up in the pay and display outside of the Discovery Centre a 5 minute walk from the ground.

We had plenty of time to spare so went and had a look in the megastore where I decided whether I wanted a Togo or Zenit St Petersburg shirt while Phil questioned why there wasn't any Belgium shirts for sale and Matt gazed over the latest boots Sports Direct had for sale. After making no purchases we walked made our way to our seats with about an hour to kick off. We were sat on the front row of the the top tier of the east stand more or less on halfway. The leg room was awesome and we had a ledge to put our drinks on. Well until people started walking in the wrong entrances and used our row as a walkway. Most the pre match talk was spent discussing Newcastles last few venture into Europe, with them playing two teams we follow closely in Royal Antwerp and NAC Breda. I then started talking about how I thought they would get Club in the next round and how many they would bring. Lottery Results to come.

Personally I thought the ground felt very strange with a complete mix of stands rammed in as best they can, and the design of the roof on the two larger stands. Because of this it's one of my favourite grounds in England. It can be spotted from most places in the surrounding area as it's perched high upon the hill as if it were the focal point of the city. As mentioned we were sat in the east stand. The back of this stand had a strange design in terms of the supports, I ended up having to take a photo due to my inability to describe it. The concourse was surprisingly tight, although the stand is split into upper and lower so it didn't feel that cramped. To the right of us was the temporary away corner where the 50 or so Greeks were. To our left was the main home end, the gallowgate end, where most of the noise came from. The chants seemed to be limited to taunting Sunderland fans including the customary "are you watching Sunderland". If I were a Sunderland, or any fan for that matter, I would have changed the channel shortly after half time. The Gallowgate end rises high into the roof and I imagine you can get a decent noise going, although it's one of those "wouldn't it be an impressive terrace fans" as it's fairly steep and close to the action. The other two stands are what distinguishes the ground, and take a sizeable chunk of it's 52,000 capacity. The two stands sweep round the corners and consist of, what I counted, five tiers including the executive boxes. The normal away end is on the top tier behind the goal, and can't be much fun to be in. A look on wikipedia reveals that 14 flights of stairs are required to reach the away end!

The game started with the game 1-1 on aggregate after the game in Greece. I was surprised that the city hadn't embraced european football as much as they could have done with the ground being just over half full, even with reduced ticket prices. Newcastle were fielding their european kit, a lovely lime green colour. The game kicked off with the greeks fielding a 1-10-0 formation and looked shaky from the start. Early in the game Ryan Taylor was replaced by Harry Vuckic after he fell awkwardly, but the substitute made an almost instant impression. Receiving the ball just outside the area he hit a diagonal shot across goal, taking a deflection off the defender, that curled past the stranded keeper into the bottom right hand corner. The Greeks knew that they would have to battle their way into the game if they were to make the group stages, and nearly gained a penalty. Tim Krul provided the main talking point after he spilled a save to the feet of the onrushing attacker. The ball got trapped beneath his feet for Krul to lunge, and appear to swipe the attacker of his feet. The referee had a good look, but after some thinking time awarded a yellow card for a suspected dive. The second half came around and quite literally NOTHING happened action wise. You just have to look at other match reports to realise this. Because of this I noticed the cold starting to appear. While the locals were in shorts and T-shirts, I was in my thick coat wishing I had gloves. I thought it was a bit of mick take then, when one member of the crowd decided he wanted to run around in the nude. He ran around for a bit, expecting the stewards to come, but they never did. He trundled back before being bundled on, to much laughter from everyone.

After the game we shivered our way back to the car for the long drive back home, I'm glad we chose to come here and it would be a very impressive ground if the two smaller stands were replicated as the larger ones. 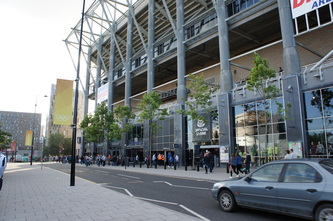 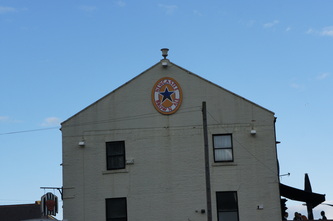 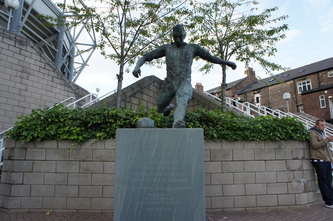 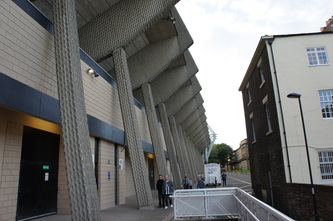 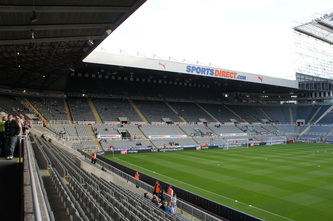 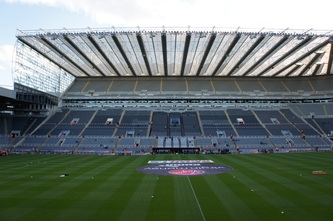 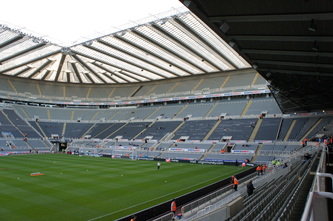 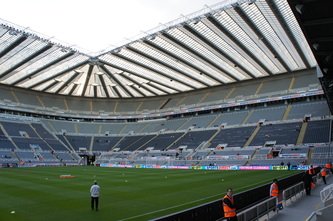 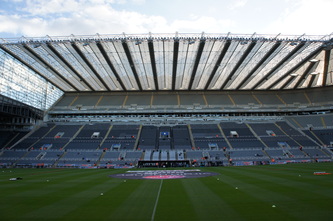 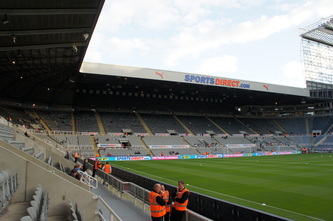 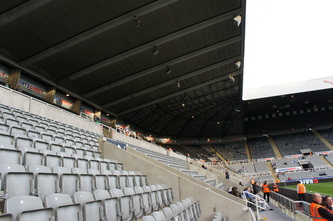 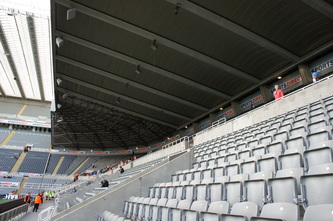 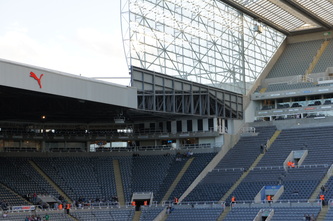 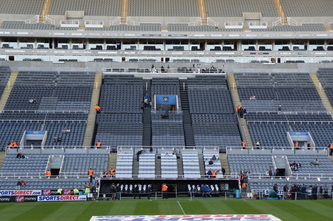 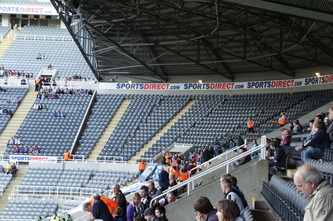 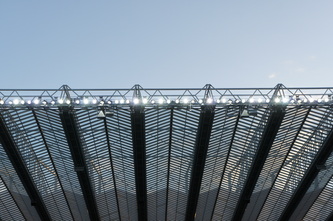 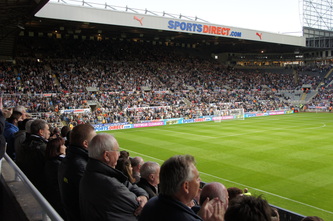 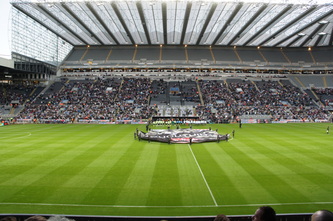 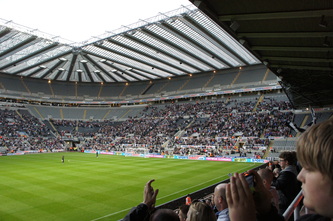 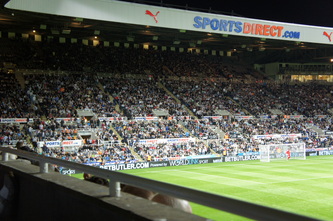 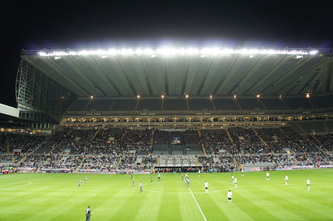 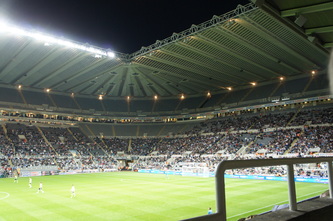 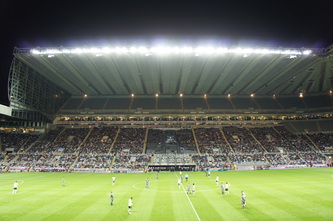 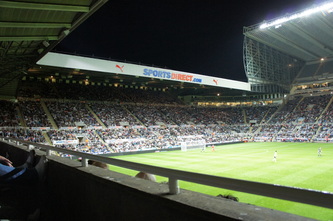 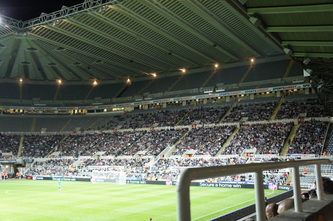