A Place to Finally Call Home 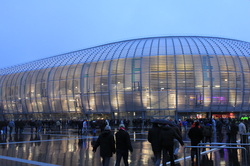 I have been attending matches regulalrly in Europe for over a decade and throughout all this time there has been talk about a new stadium for one of the famous names in French football. Temporary arrangements for both domestic games (see here) and UEFA games (including having to play in Lens and Paris) is not befitting a club of this stature. Three years in construction and 282m Euros later, LOSC finally have their new home, and France has it's first completed stadium of the 7 designated for Euro 2016 that are either new or significantly rebuilt.
So what does 282m Euro get you in 2013? Well, prior to my visit, I have read discussions on a number of football message boards and the topic nearly always ends up with comparisons to other domed arenas, and in particulalry those in Amsterdam and Gelsenkirchen. Personally I don't get it, the similarities are just down to the roof and this stadium, like those others, certainly derserves to be considered in it's own right.
It is situated approximately 8km south east of the centre of Lille, about 3km south of the old stadium in Villeneuve - d'Ascq, and is well served by the fast and frequent metro service from the centre, and, from what I could see, plenty of nearby parking and buses. As is common with French Stadiums the outside is impressive, and although you can't see it properly in the photo, large letters are visible to show which entrances are where. Miss NAC compared it to a Zeppelin, which, whilst I can see that, is probably not what they were going for! Outside there is a hotel and a couple of bars, the 'English Pub' is worth a visit.
Inside it ticks all the boxes and is very roomy with wide aisles and plenty of leg room. At the end of each row there are white steward seats that, when unused, turn 90 degrees which gives the illusion that there are more empty seats than is actually the case.
The roof is impressive although the torrential rain of the past few days did highlight some small leaks that need to be addressed.
So one down and 6 to go for Euro 2016, and if the other match this then we are in for a good ground hopping tournament.
The game itself was already beyond an injury hit Montpellier before an unnecessary red card and LOSC ran out very easy winners.
Finally, I cannot sign off without a MASSIVE thank you to Charles and Annie, our hosts for a really enjoyable day. 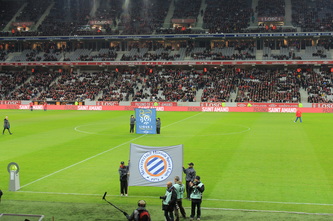 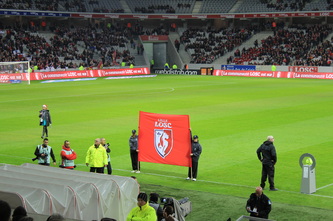 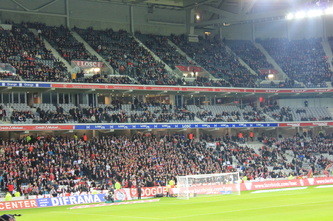 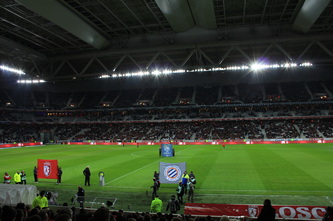 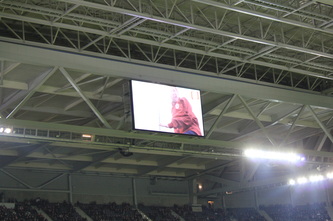 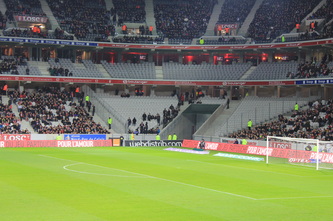 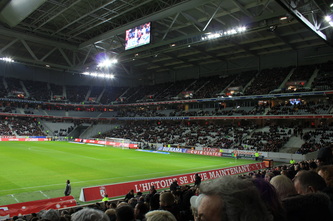 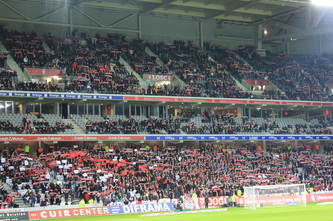 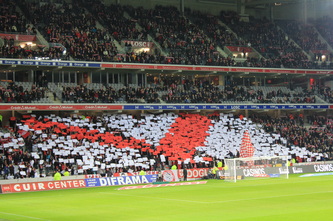 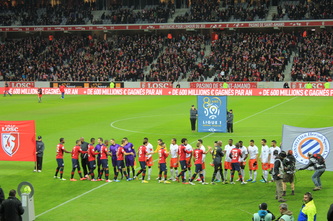 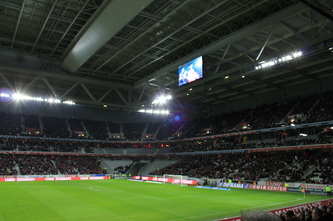 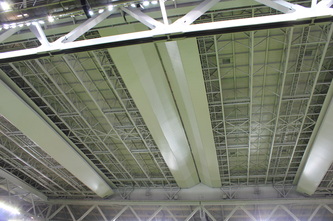 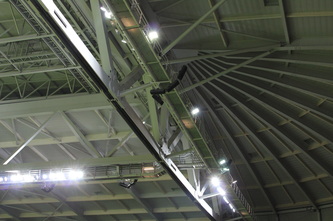 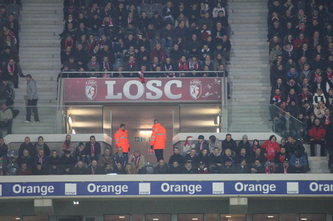 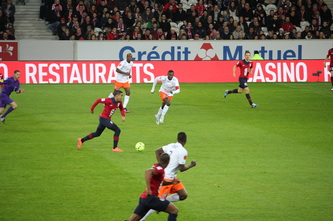 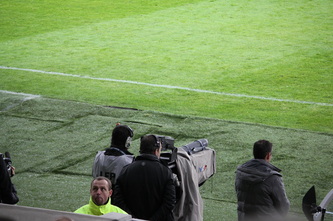 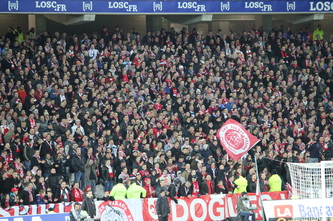 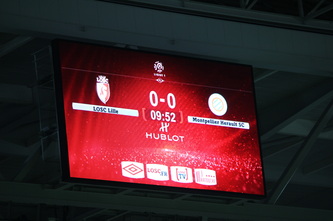 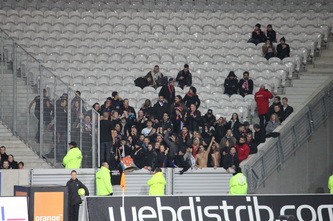 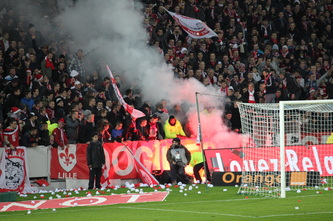 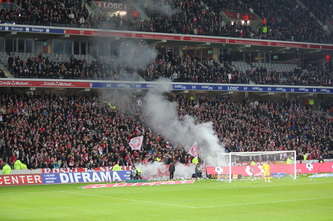 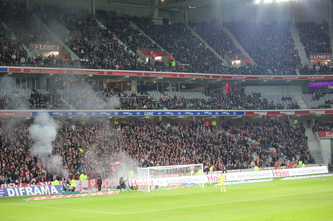 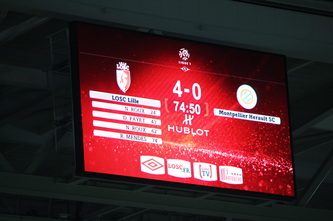