return for some photos 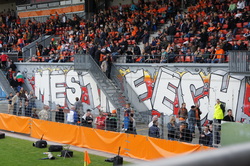 Our original visit to this groound came a few years ago for a friendly between MVV and Trabzonspor. We didn't get any photos for that game so came back for some photos. We also sat in nearly the exact same place! This game was a european championship qualifier in a group that Holland look like they'll win (Bulgaria were only two points behind). We arrived about 10 minutes before kickoff to find large ques.This wasn't an issue as we had pre-bought tickets so just went straight through.

The ground is completely elevated on all four sides with office blocks in the corners above the turnstiles. The ground was originally built in 1961 but it is obvious that it has been redeveloped with a mish mash of stands. The ground has a capacity of 10000 and the away end(s) are in the opposite corner to where we were. the ground also has four large floodlight pylons.

Just as you can have exciting 0-0 games you can also have boring 5-0 games. This was probably the least exciting of the three games we have seen. Holland never really got going and I can't remember Bulgaria having more than one shot on target. Despite this I was able to get some photos and watching a poor game of football is better than watching no game of football. 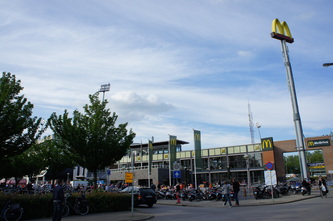 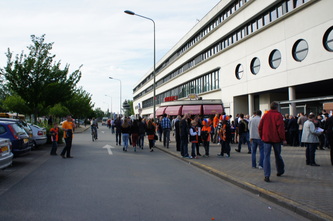 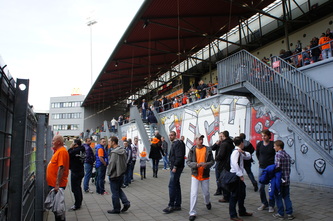 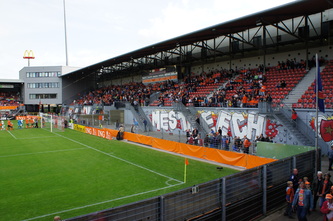 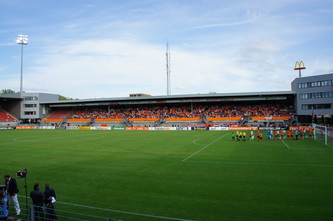 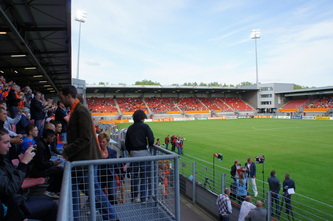 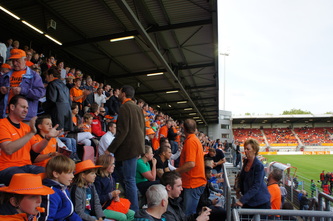 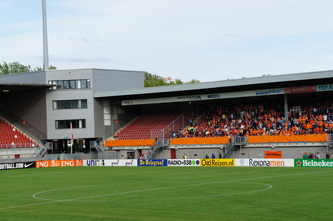 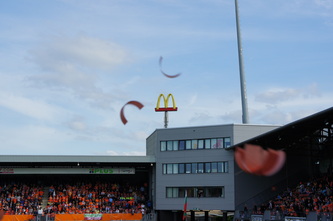 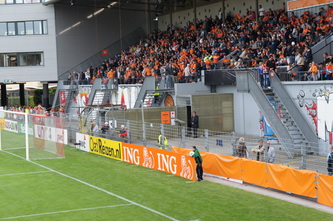 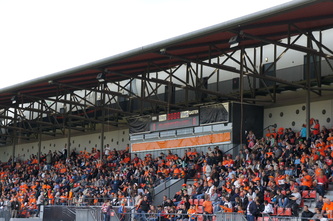 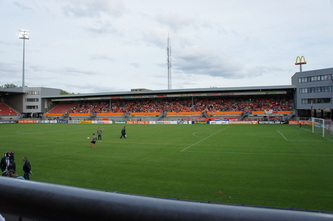 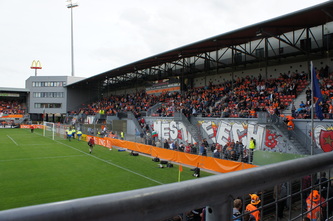 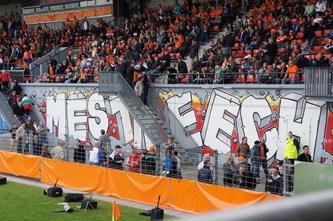 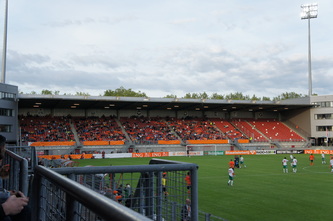 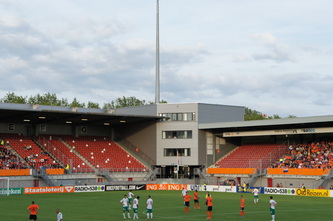 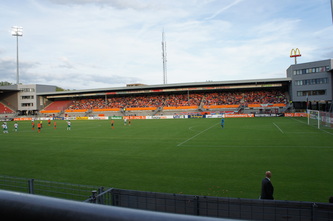 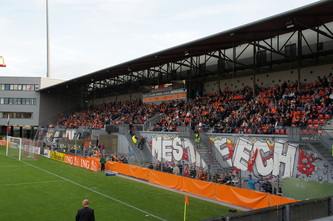 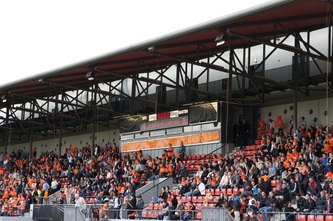 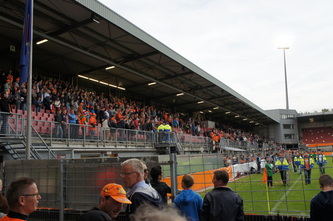 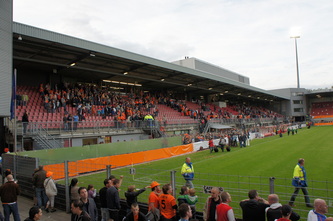 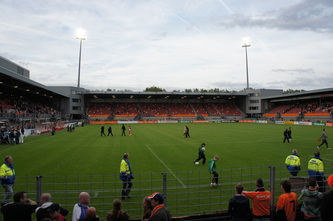 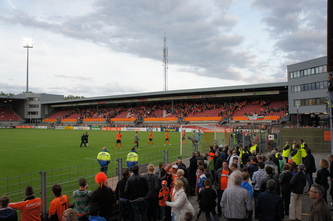