Winners of the ECWC in 1988, and still in the UEFA cup in 1993/94, Simon Inglis once described the Red and Yellows as another one of those 'small is beautiful' clubs. Well like another he used that description on (Wimbledon) KV fell in hard times in the late 90's early 00's and, were relagted into Tier 3 with a 9 point penalty in 2003. Personally, I'm glad they are back as their fans do add a bit of colour to the Jupiler League.
Went there some time in the 90's to see a play off game against, then 2nd division Kortrijk.

...about the Antwerp Ring Road. Regular viewers will no doubt be aware that this 20km stretch of road is a major thorne in my side. However, for once, there is a positive. A midweek trip to Racing Mechelen meant more time on the damn thing. But, joy! Having allowed the customary half an hour extra travel time, there were no hold ups. An early arrival in Mechelen allowed enough time to take some pics of KV's ground. Not changed a nut or a bolt! 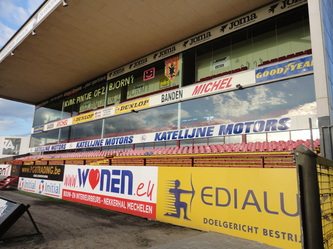 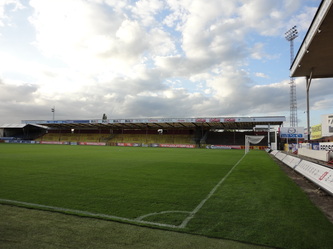 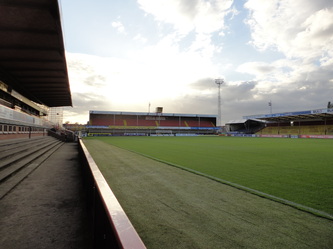 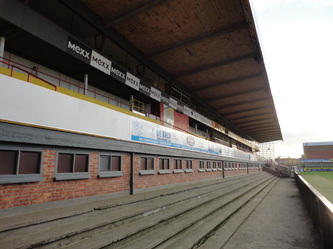 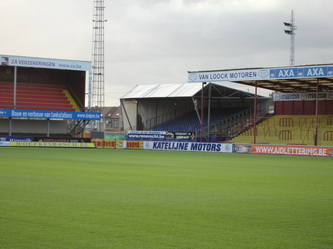 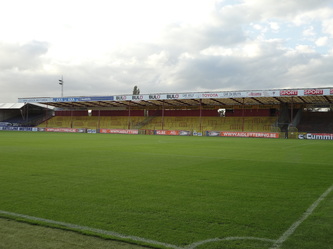 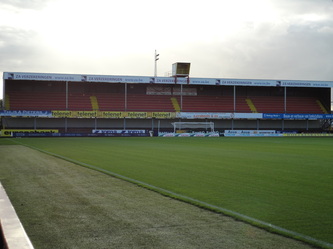 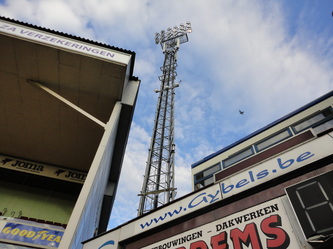 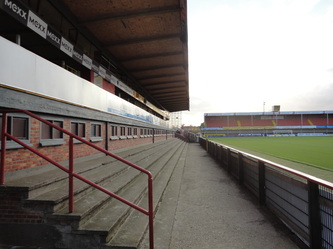