Given it's proximity to more famous places such as Brugge, Brussels, Antwerp and Gent it would be easy to overlook Lokeren as a destination for your Belgian football fix. And to do so would rob you of experiencing the more relaxed side of Belgian professional football. The club fits perfectly between the traditional power houses of Belgium football with the significantly larger grounds, budgets and expectations and the smaller clubs and grounds that now populate much of the second and third tiers. Along with the likes of their visitors, Lierse, and Kortrijk, Lokeren is more about the opportunities afforded by Play Off 2 than they are ECL and titles.
But that is not to diminish what this club is about. Yes, the ground is not huge (and 3 sided) and the gates rarely top 7k. But this is rural Belgium. Not far from the main cities but far enough that you need to accept it for what it is, very different and very understated.
The stadium is situated right at the north end of the town (population as shade under 40k) so close to the surrounding countryside that the away fans park in adjacent country lanes. Meanwhile the home fans park in the town and walk the 10 minutes through narrow residential streets to the ground.
Two stands are 'old school' two tiers with paddocks in the front. The third is uninteresting and houses the business seats.
The game itself was surprisingly one sided, and we left impressed with the way in which the home side played.
A recent trip to the new ground in Gent apart this was my first Pro League match outside Brugge for a couple of years. And in reflecting on this on my walk back to the car I must admit to being at a loss as to why given how enjoyable the evening was. 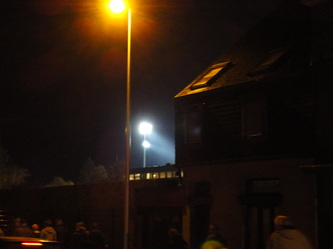 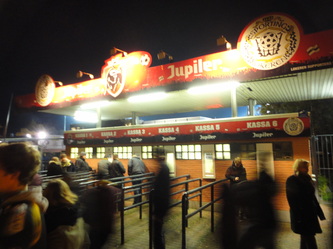 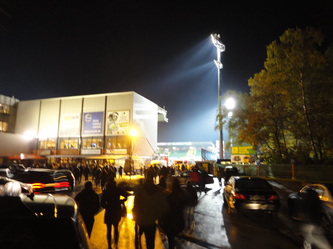 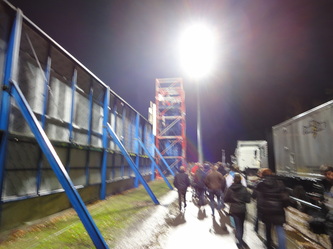 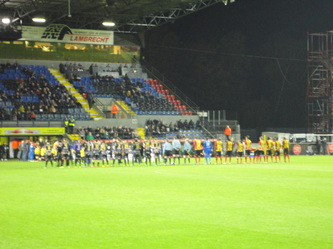 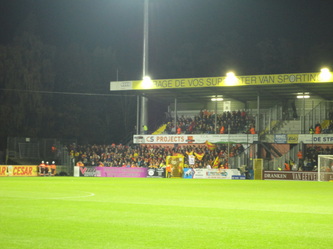 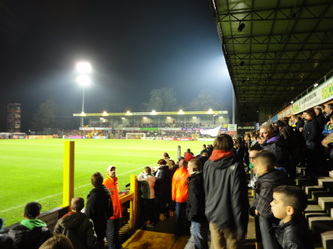 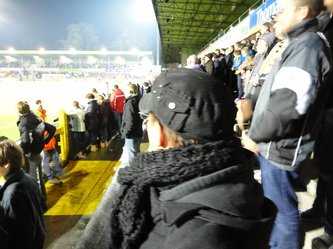 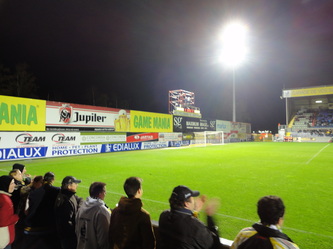 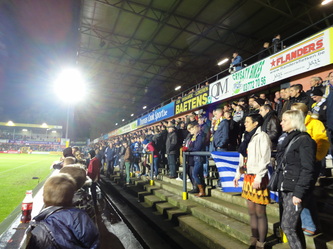 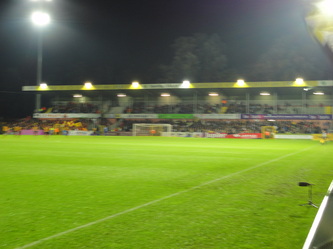 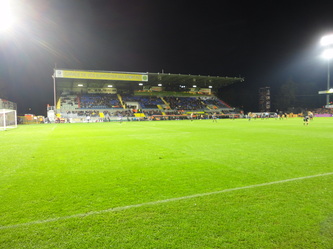 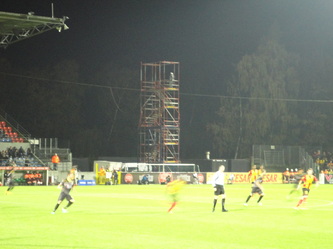 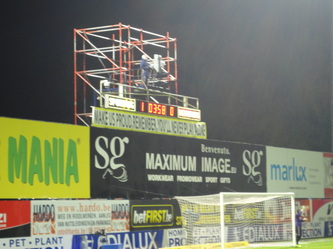 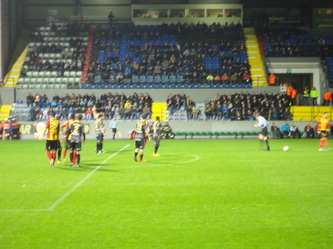 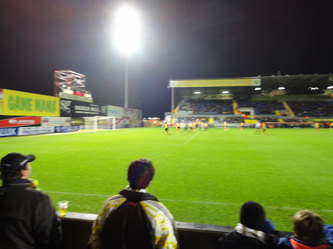 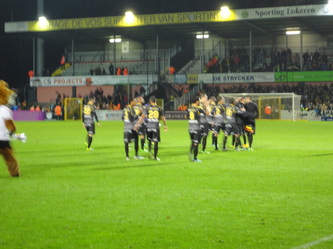 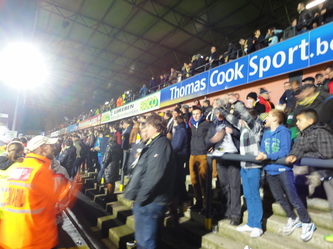 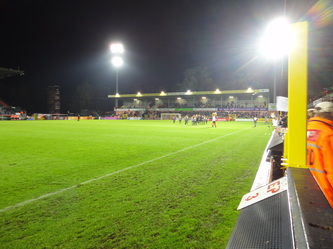 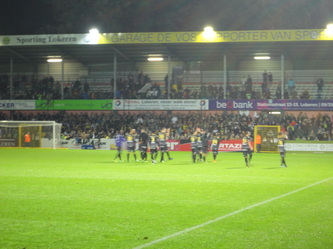 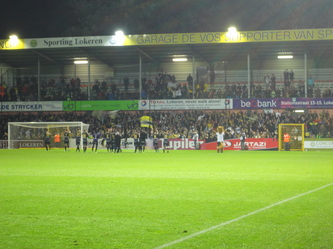 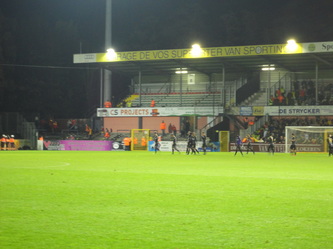 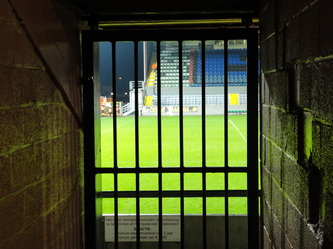 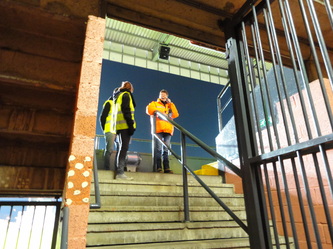 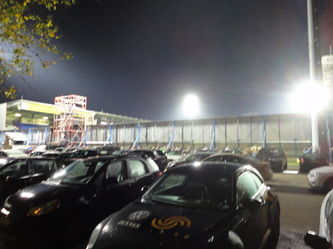 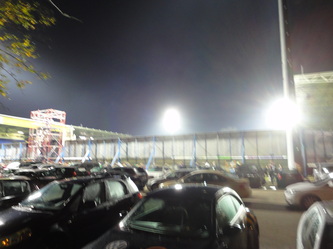 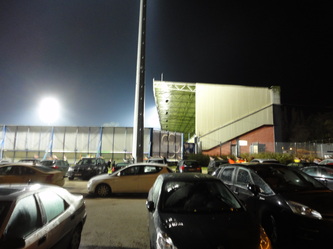 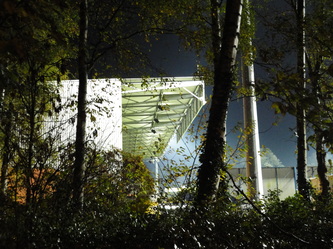