LOSC (but it could be Brighton)

2010-11 is the possibly last season for LOSC at the Stad Nord Lille Metropole (in the neighbouring town of Villeneuve d'Ascq). They moved there in 2004 while the Grand Stad is built (by the same people that designed the ArenA in Amsterdam). Due to the normal delays we come to expect with stadium builds, there they have remained. And despite being assured by my good friend Charlie G that this was the last season, it now looks like they have one more!
Still the French Cup gives a good opportunity for some mid week football so I took the chance and went.
The stadium is, to put it bluntly, poor. It's not Lille's fault, it's not anyone's fault. It's just it's a suburban community athletics stadium that's playing host to a football team on a temporary basis. They've done the best they can. The food stalls are driven in every game and are adequate, they have built temporary offices and a club shop, and the fans give it their best shot at atmosphere, as best you can with open seats and a running track.
By far the worse thing about the stadium is the pitch, simply shocking.
I doubt this stadium will be missed by anyone, especially when you look at the plans for the new one. Save your money, go elsewhere, and return when they move.
Lille 0-0 Lorient AET Lille 5-3 on penalties (not that I saw them, I was long gone before HT in ET) Att 13,160 (2-3-11) 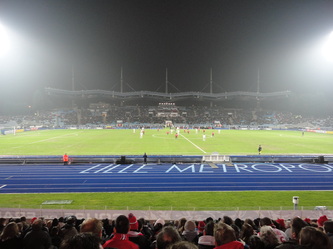 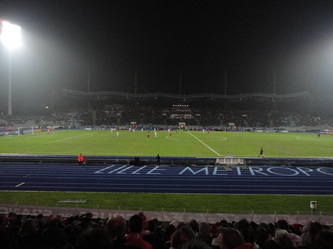 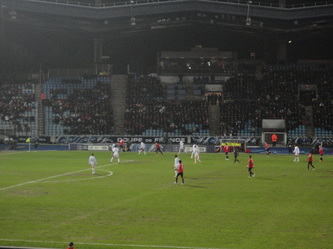 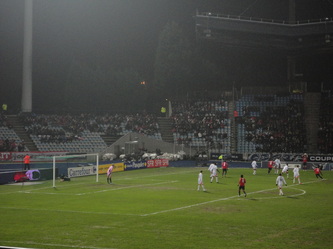 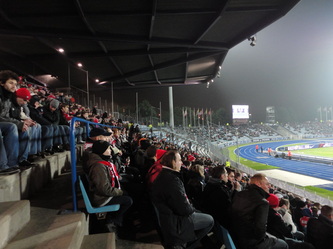 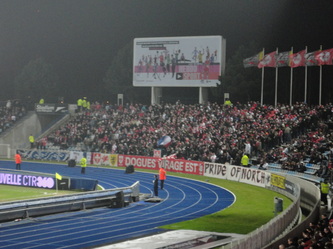 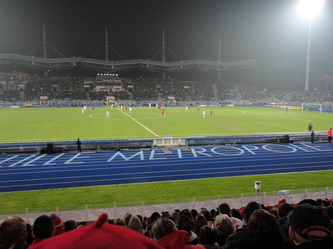 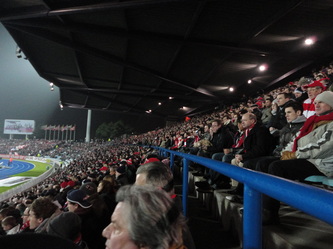 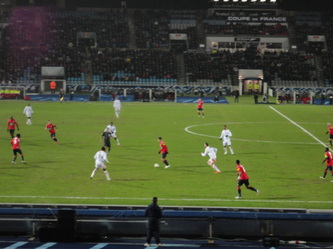 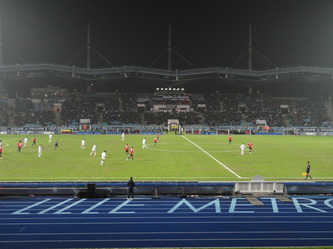 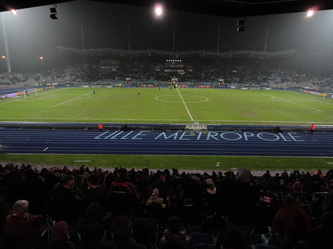 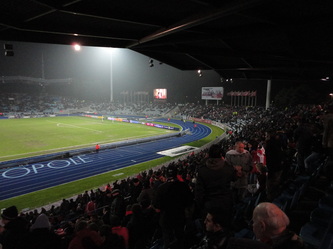 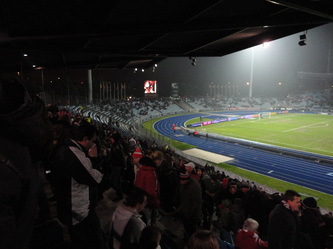 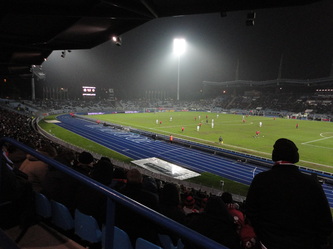 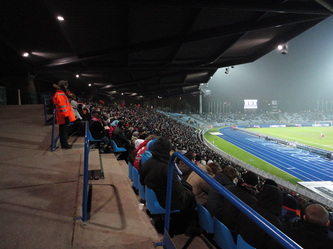 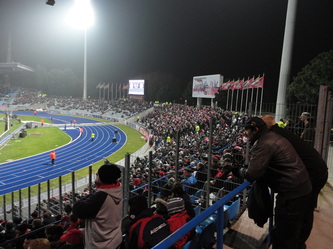 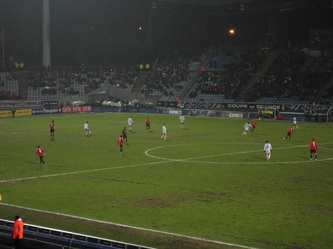 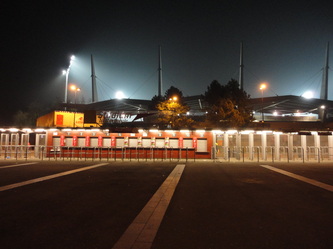