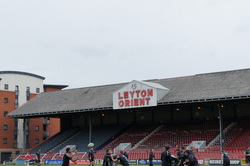 With yesterday being the first game "on the road" I decided to go along and it was a bonus in the fact that they were playing Bradford and it's always funny when they lose. Well that was the logic anyway. I'm not sure why they have decided to choose Brisbane Road (at least gillingham makes sense with the link to Medway Dragons). At least the atmosphere was alright. I have to say straight up though, I won't be bothering if Broncos decide this is a permanent option, for the journey alone. In my view they are a west london team and west london they will stay.

Leaving at 11:30 we thought we had plenty of time to get their, but London being London we only arrived at Brisbane Road at 1:30, half an hour before kick off. The only good part of the journey was that we drove past the olympic site. Now I will happily admit the Velodrome and the Aquatics facilities look impressive, but the stadium looks very uninspiring from the outside. It also has a weird roller coaster at the back that I think is for the flame. The Tennis and hockey facilities, however, looked more temporary than Gillingham's away end. I was also shocked as to how close Brisbane Road is. It can't be more than 600m from the tennis area. No wonder they don't want West Ham moving in.

I received a phone call from Ben informing me that there was segregation at this game. I'm not sure why though as there were away fans in the "home end." After finding this out I walked round to take some pictures before finding my place in the new west stand. I don't know what I was expecting but I felt rather underwhelmed. I don't know what it was, it might of been I was expecting an impressive West stand or the East Stand didn't look that old and interesting. Brisbane Road has a capacity of 9,271. The west stand has a capacity of 2,918 and is elevated above the pitch. The roof serves no real purpose as there are 3 rows of executive boxes meaning the roof is a mile above the seats. The north stand is a small basic stand with a capacity for 1,381. The opposite end is the south stand that is also elevated and holds 1,336. The opposite side is the older east stand which is the largest in the ground. It holds 3,636 and the views are obstructed slightly by poles and is usually split by home and away fans. On the roof is a gable although it is heavily off centre.

Broncos blew the game that was theirs to win. They went 16-0 up early on but only went into the break at 22-16. They eventually lost 22-29 thanks to a combination of poor refereeing and lack of tackles. The winning try was held up. The season will be over come sunday should we lose to Huddersfield in the CC. It took longer to get back but at least I managed to tick off another ground. And the infamous Bradford drummer was too slow getting out because he was mucking around with his drum so we didn't meet up. Typical. 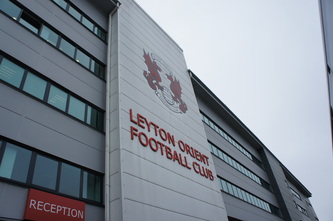 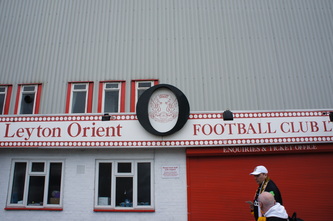 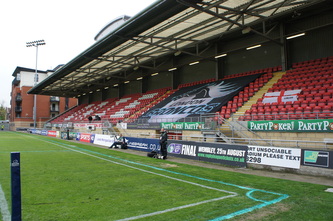 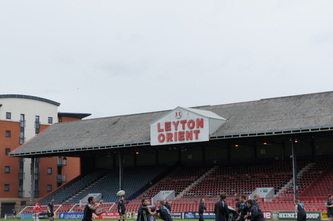 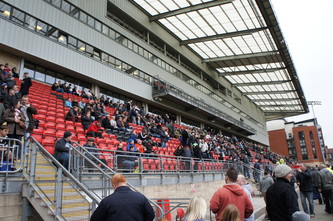 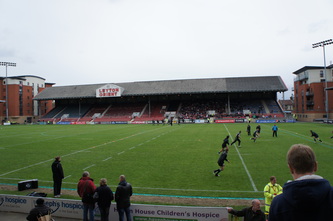 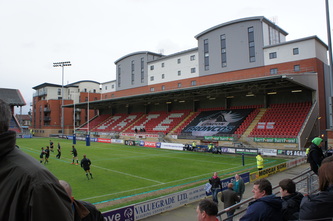 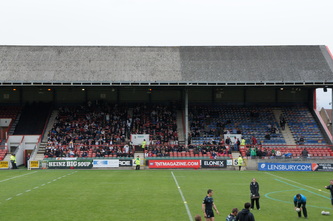 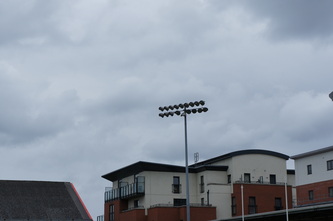 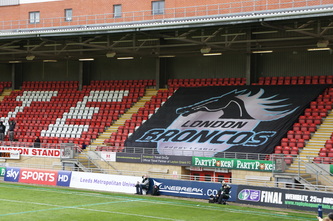 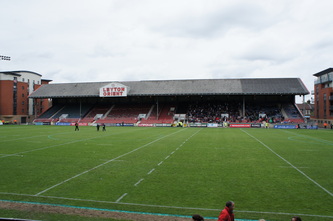 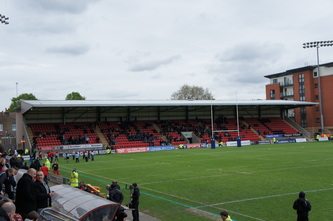 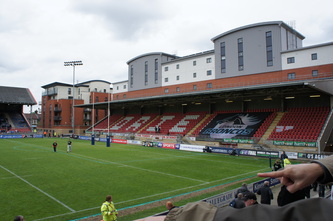