Titan Stadium in Fullerton California is a 10,000 seat stadium on the campus of California State University and was built in 1992.  It is the centre for the Cal State Fullerton Titans mens football team. Miss NAC and I couldn't work out if this was a natural or man made bowl, but to be honest it didn't make any difference as it is a lovely setting.
Since 2011, the stadium is also home to the Los Angeles Blues, who play in the the USL Professional Division; the third tier of US football. Having a professional 3rd tier national league played in front of crowds as sparse as this makes about as much sense as a full time professional Football Conference in England, but that is a rant for another day. Today was about enjoying a game of football in a great location. And enjoy it we did, including a fresh cooked Burrito that made up for all the other crap masquerading as food we had in other stadiums this trip.
The game was pretty decent, if lacking in quality in front of goal. The away team won the game in second half injury time, much to the amusement of Miss NAC (you can take the girl out of Holland, but they see Orange they will cheer for it!!!) The goal, whilst a little unfair on the home side, did at least make me laugh at the sight of some of the most over the top celebration I have witnessed!
Now regulars to the site are currently thinking...who kidnapped Phil and replaced him with this impostor who is nice about 'soccer'. Fear not my friends, here it comes;
BUT
The words LA Blues will always be synonymous to me with one of the greatest crimes against football I have ever witnessed. Ongoing match commentary from the tannoy man. Not just 'come on Blues fans make some noise' (there were about 300 there), but full blown commentary with 'ooohs' and 'aaahs' , oh and the occasional advert.
I feel ill typing these words and I apologise for having to have told you this, but I felt it only right that I warn you in case any of you every plan to visit. 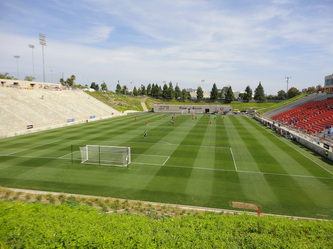 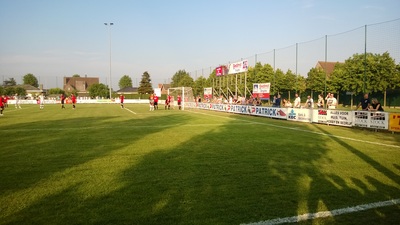 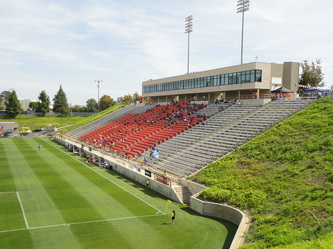 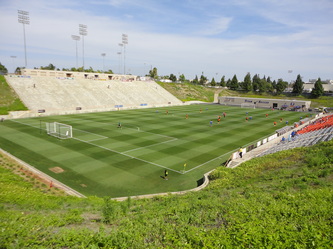 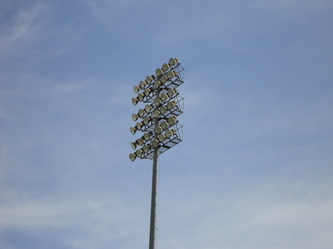 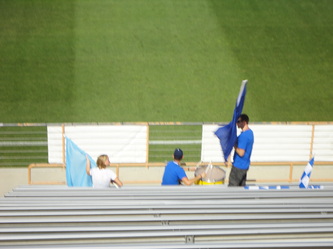 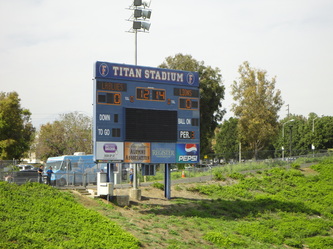 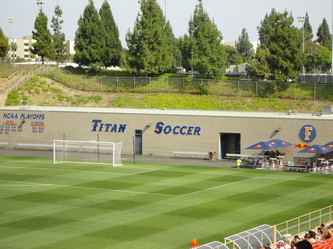 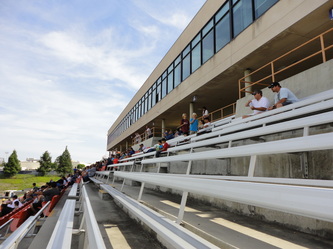 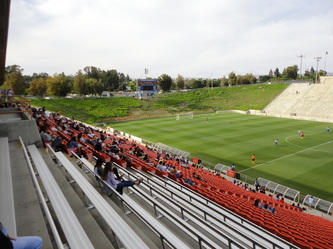 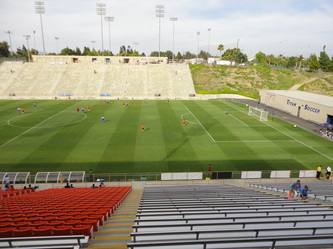 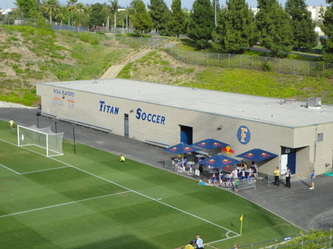 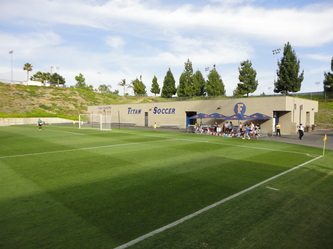 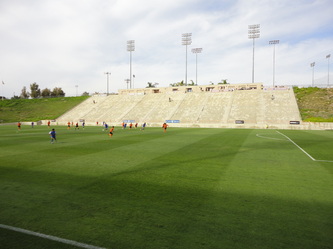 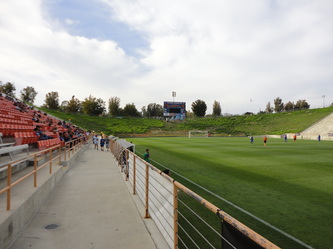 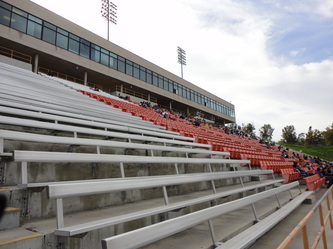 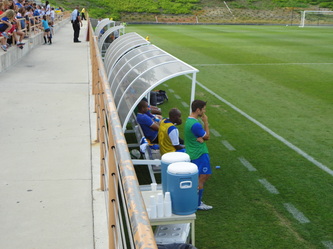 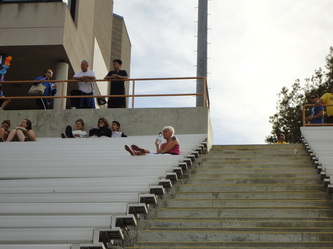