With only one game on the evening there's no prizes for guessing why we chose Kortrijk! In all honesty it probably would've been selected if I'd been given the chance. Having been past it a couple of times on the train, it struck me as a fairly decent ground with a bit of character. Thankfully I wasn't to be disappointed. Parking the car in a street near the ground, we made the short walk to the ground.

The Guldensporen Stadion, named so after a Medevil battle in the town in 1302, is of a modest size. We positioned ourselves in the covered terrace, with a capacity of 3,500 it isn't the largest you'll see by any stretch, but the steepness meant that it felt a lot bigger particularly given that it was full. The remaining three sides are all seated, but of differing shapes and sizes. To our right was the creatively named 'tribune 1.' Elevated it holds all of the stadiums VIP facilities. The opposite end was an elevated version of behind the goal at Royal Antwerp. The final side is the smallest in the ground, and would over the most obstructed views given the large number of pillars, and segregation fencing. The away fans get the far half of this, with Standard filling it, as expected.

The Away end was in party mode from start to finish, as the league leaders ran riot. The stand out player being striker Ezekiel who'd get a brace on the night. KVK were seriously outplayed, although they had several chances denied well by the visiting keeper. They also missed a second half penalty to bring the score to 2-3, although the fact the home fans gave Standard a standing ovation as they left the pitch shows what they were up against. 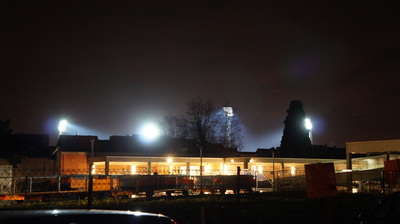 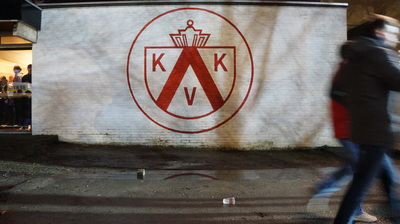 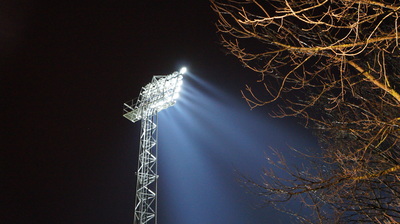 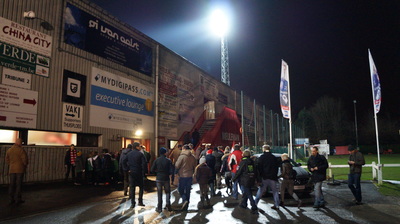 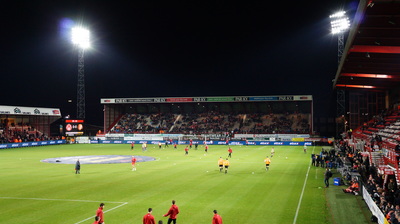 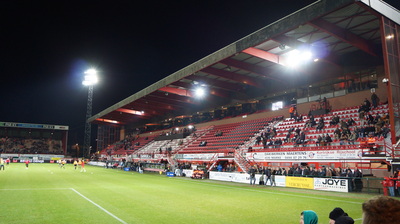 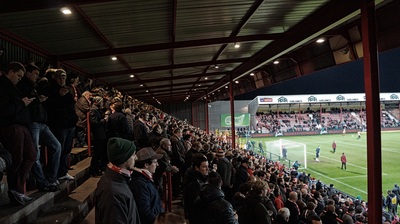 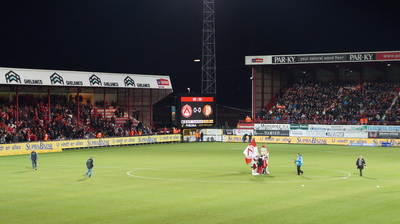 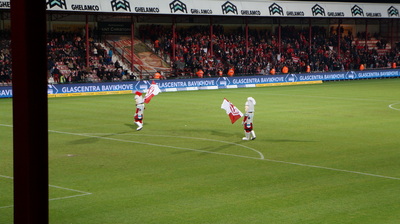 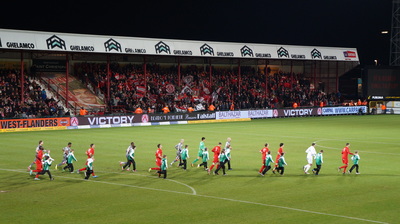 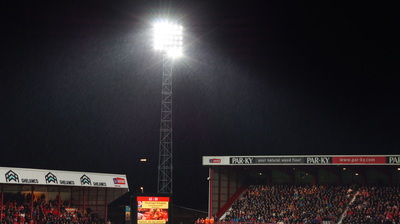 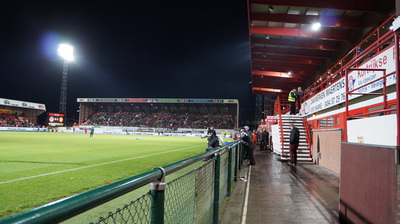 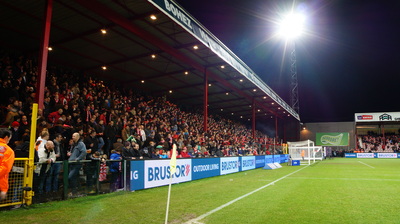 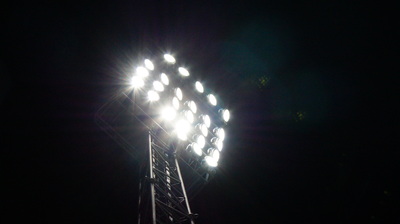 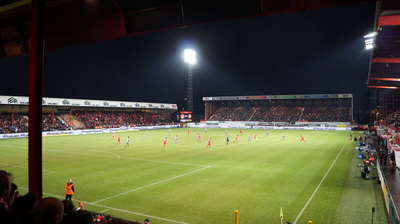 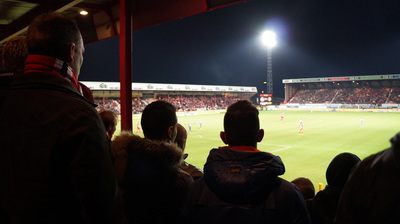 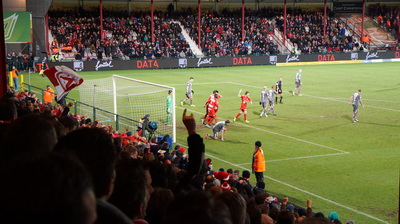 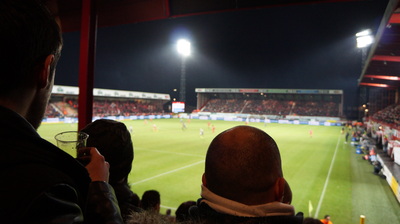 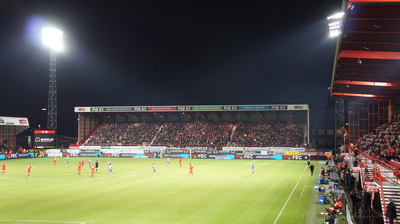 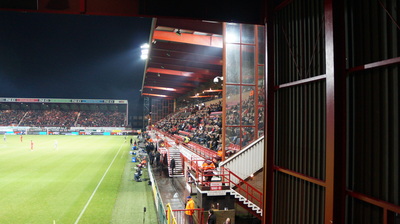 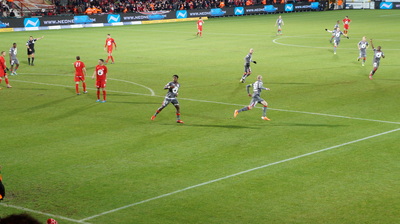