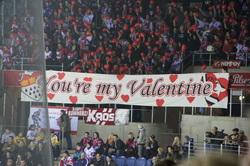 For the third night in a row we found ourselves in Germany. This time was for a PDM return to Krefeld to see a local Derby. Our first DEL game was the return of this in Koln and we enjoyed that so had high hopes for this game. In reality it wasn't the most skillful game with lots of goals, but it was hard fought with lots of goal mouth action. Krefeld got the winner in the second period.

The fans though, as ever, were the main highlight. Both sets of fans are provided with terracing in this arena, that opened in 2004 with a capacity of 8000. This meant the atmosphere was really good.  You could tell this result meant a lot to the Krefeld fans due to the sheer jubilation at the end. 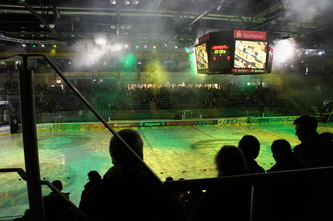 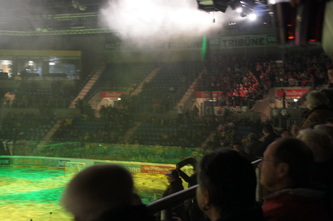 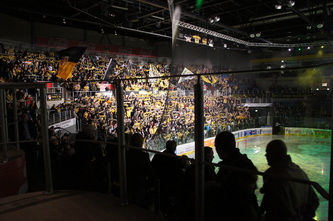 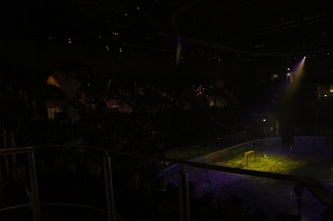 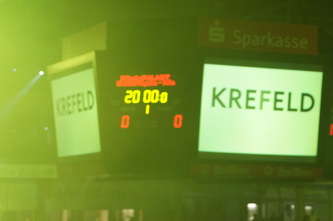 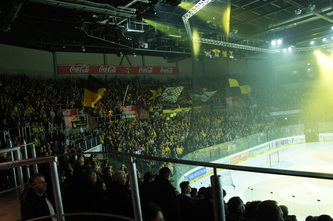 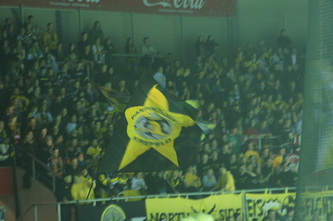 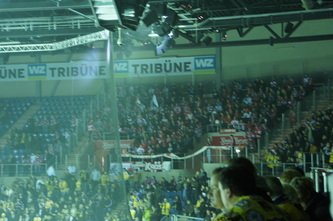 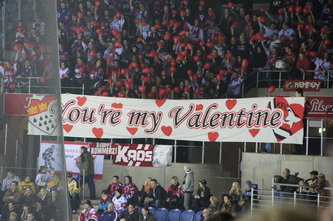 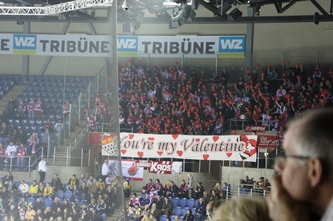