Doesn't feature your team? so?

Here is one leg of our roaming reporters North Norfolk Ground Tour:
"The gem in the North Norfolk pre-season mini tour.  Even locals would probably not deny it, but there are not many (if any!?) reasons to go to the middle of nowhere to visit King's Lynn these days but this ground (in my opinion) is one of them.  Proper non league ground.  Squashed between a park one side and houses the other, parking a mare if a big crowd (Wroxham was not as only 386 turned up but last year there was nearly 2,500 for a Vase game).  The club went bust a couple of years back and local speedway owner bought it and rents the ground for a pound - value for money or what!  Having been dumped down a league or two (from Conference North) this ground - unbelievably - did not meet Conference North standards.  Main stand is fantastic and all underneath is (the apparently obligatory) North Norfolk clubhouse type facilities that would put a few League 2 grounds to shame.  Game was great as I think someone forgot to tell the teams it was a PSF although after one sending off and numerous bookings in the first half, I think the ref reminded them....and he let King's Lynn play with 11 men in the second half.  I even got to see Scott Howie play in goal so gave him the obligatory boo followed by a quick shot of 'scummer', asked him if they ever did find the ball from the Aldershot penalty in the play off final and then returned to my seat having thanked him for his part in Reading's relegation season while he was there.  Got to admit though, he still looked class in goal.  All in all a good afternoon." 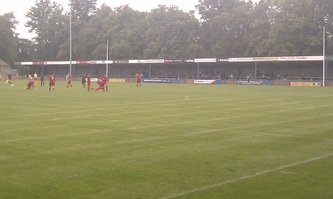 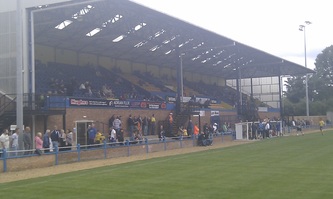 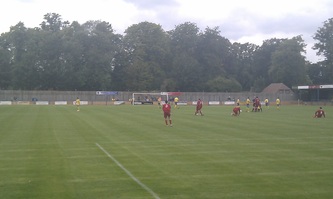 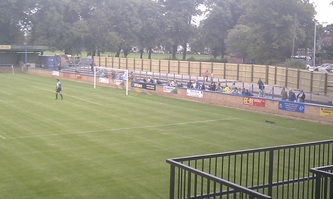 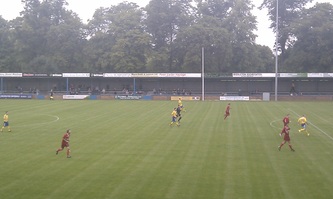 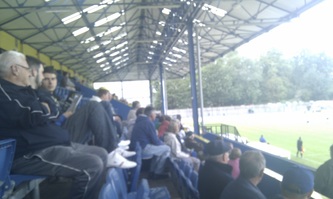 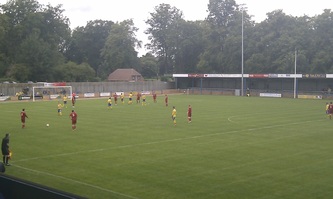 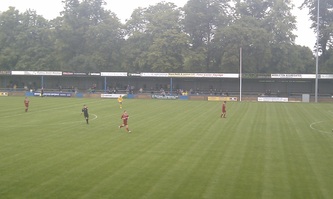 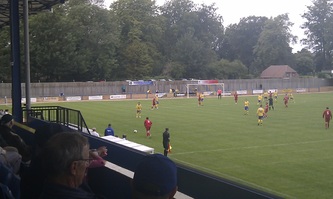 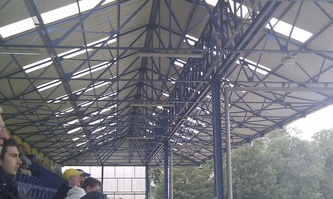 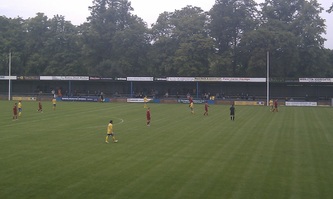 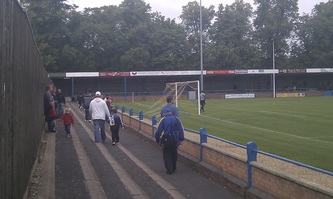 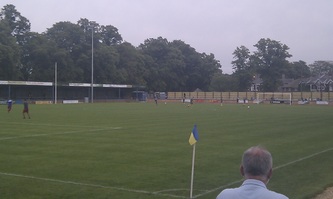 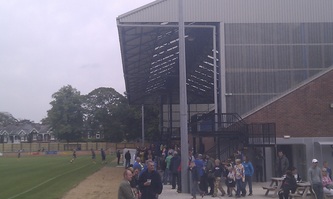