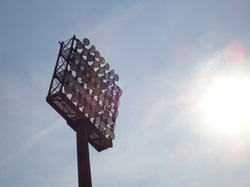 As I'm sure most of you know my adopted German team is KFC Uerdingen, a not so strange choice given the welcome we received when we first went and I simply love the ground. So today we decided we'd get the train across the border in order to watch their game against second placed TURU Dusseldorf in a match that summed up all the reasons as to why Uerdingen should really be playing in a higher league. They would be if they hadn't have messed up their play-off game against Kray last season.

For a month or so we had kept this date clear in order to go to the game, officially a Uerdingen away game. We were looking forward to it as going away with KFC reminds us of the early years of going away with Aldershot. In the week running up to the game it was announced that TURU couldn't house the game at their ground due to security concerns (segregation) despite having one of the largest in the league. Now we wouldn't have minded as much, but the away end at Grotenburg was shut, and when TURU scored it appeared that there were a group of "home" fans in the main stand. It's not only that, the game we went to in Rhede, while technically segregated, really wasn't with the fans mingling in the ground. We believe that it's simply a case of teams admitting Uerdingen have won the league and it's now a case of who finishes where behind them.

As ever it was an enjoyable day, the only thing that could've gone better was the buying of train tickets as we found it virtually impossible! But saying that I didn't realise just how easy it is to get to Grotenburg by train, with a tram direct from Krefeld Hbf. At the game we also bumped into Kenny Legg, from Adventures in Tinpot, a really nice guy and a blog that I'd definitely recommend reading if you have an interest in German football. 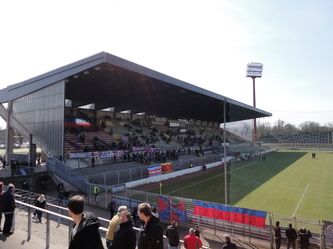 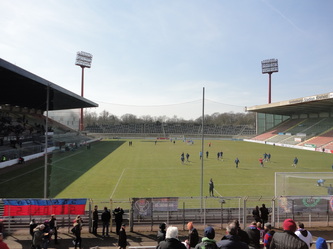 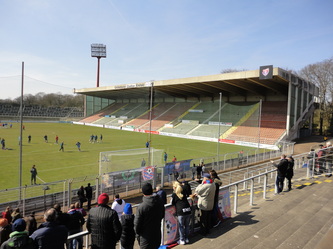 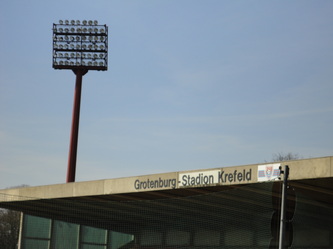 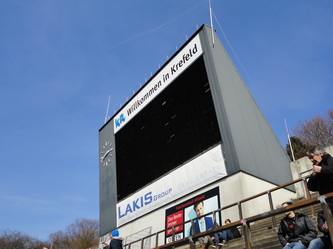 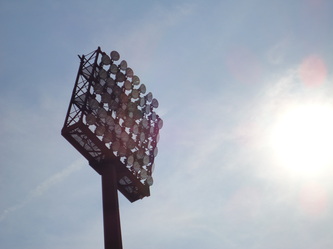 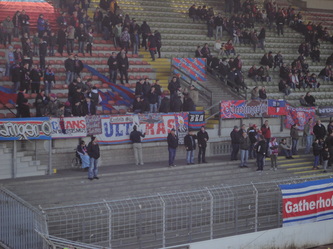 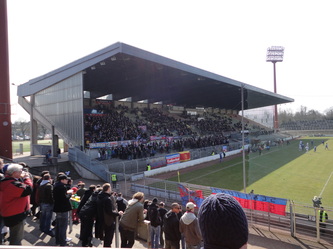 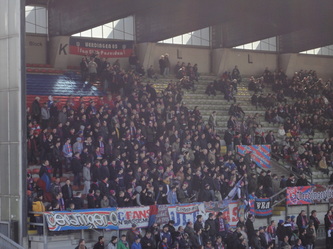 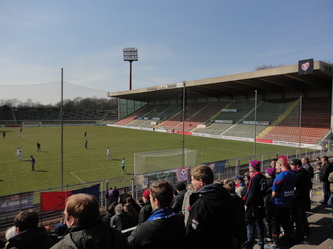 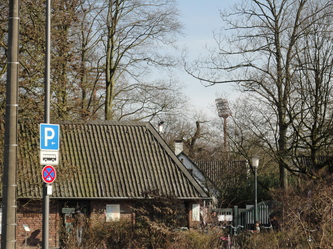