By the end of the week I'll have completed a seasonal milestone and lifetime milestone for football, but for now it was match 99 in foreign ground 99. In England I have absolutely no motivation for reserve games, but with them being integrated into most pyramids around Europe I at least go out of curiosity for the grounds.  While this isn't the case for these particular clubs, the ground isn't the worst I'll visit this season by a long stretch.

Nestled across the road from Galgenwaard, Veld 1 on Utrecht's training complex is a venue that most English Non-league clubs wouldn't turn their nose up at. neatly trimmed grass and surrounding trees, along with the Utrecht skyline in the background mean that it's quite scenic. Three sides are paths, or back onto one of the numerous training/3G pitches. The main side is a fairly modern stand, with capacity for around 550 people. This emerges from a decent enough clubhouse. The floodlights are poor, although not an issue for this match.

The game itself was fairly awful. Both sides lacking any real quality, with several chances squandered or the post hit. Chances are you won't find yourself with the need to visit for a game, but with a spare Monday night it sufficed. As always it was interesting to see the training facilities afforded to the footballing 'elite'. 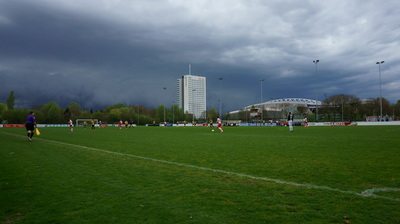 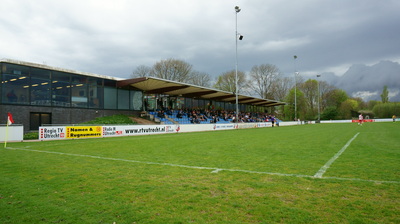 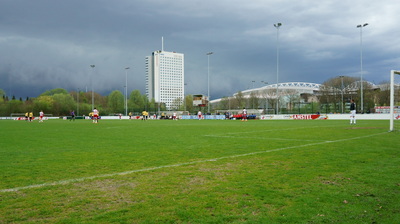 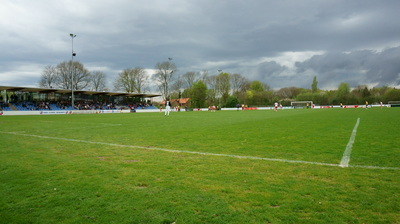 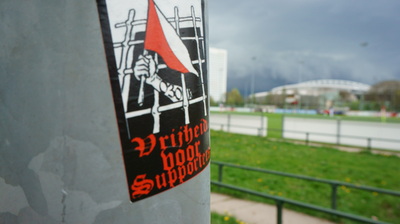 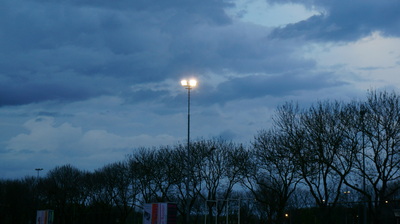 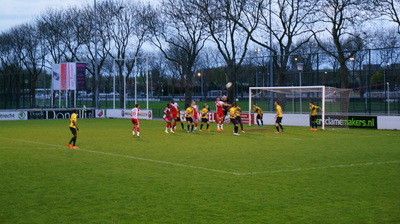 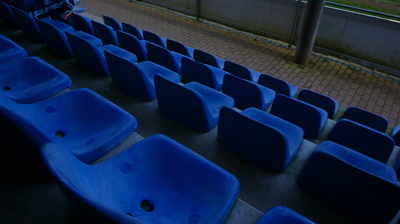 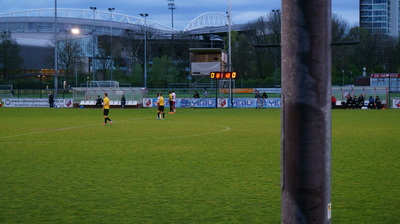 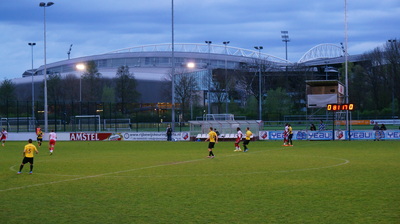 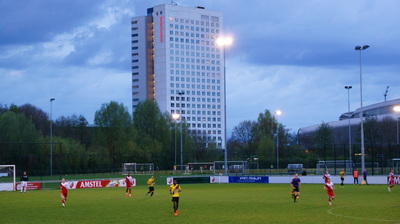 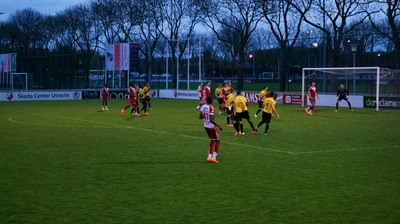 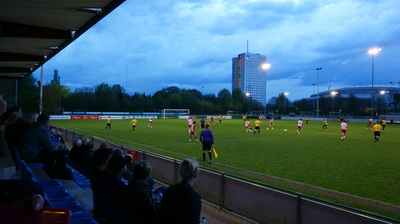