In the shadow of the ArenA, the 5,000 capacity home of Jong Ajax of the Jupiler League (2nd tier) is the centre piece of the Sporpark de Toekomst (sportpark of the future) that is home to the famous Ajax academy, as well as the ladies team and Ajax Amateurs. Originally built at a cost of €5.5m it opened in 1996. As well as a number of grass and 3g pitches it has a central office/gym/changing/canteen block, an indoor bubble (see below) and an unusual 3g atletics area.
It is also home to arguably one of the worse away ends in football (see last photo); capacity 100.
It is a clear reminder of the gap between the 'haves' and the 'have nots' in Dutch football. 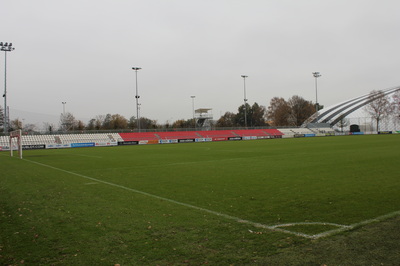 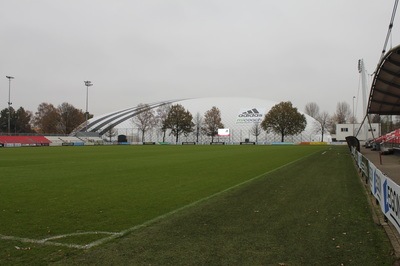 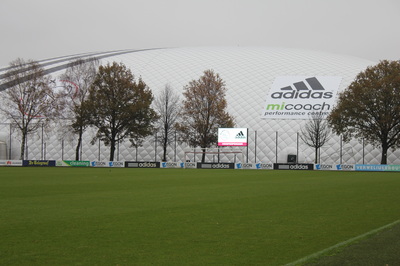 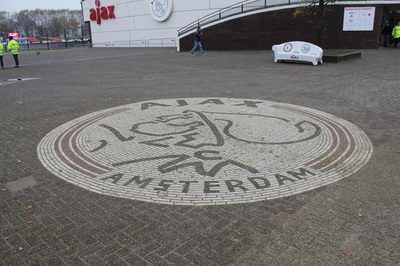 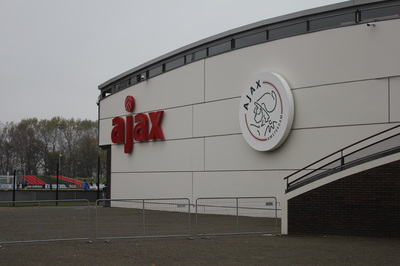 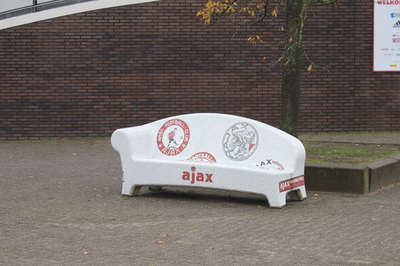 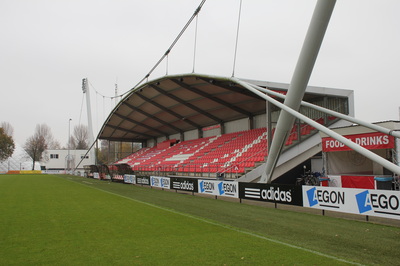 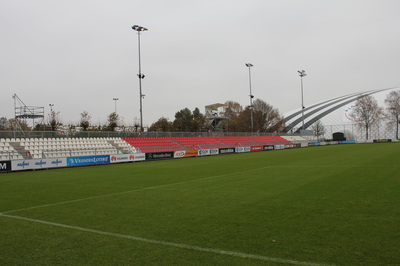 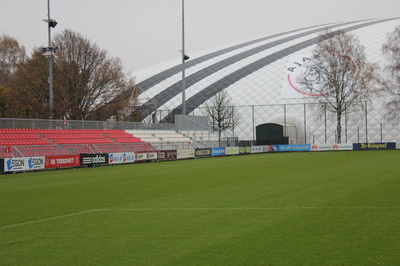 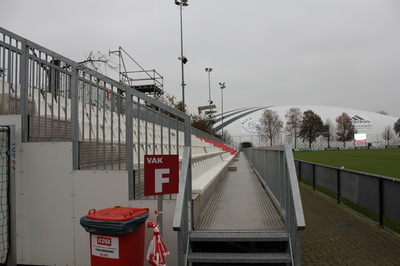 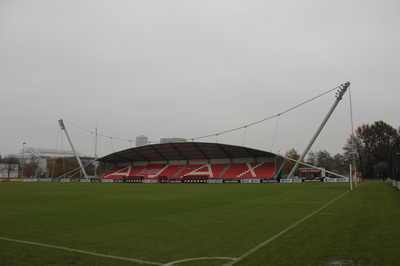 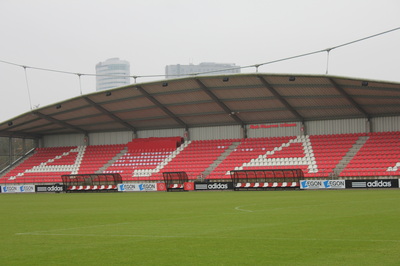 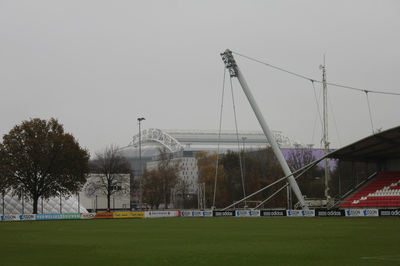 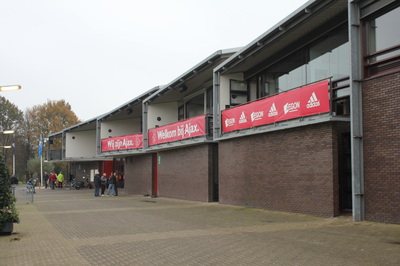 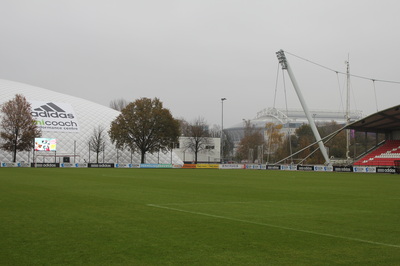 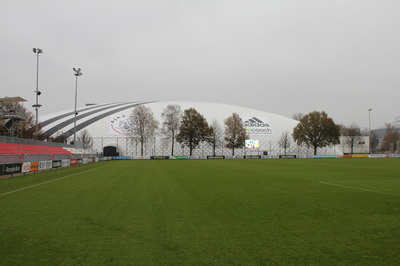 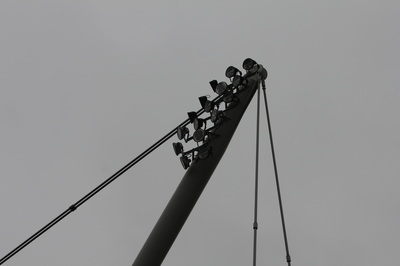 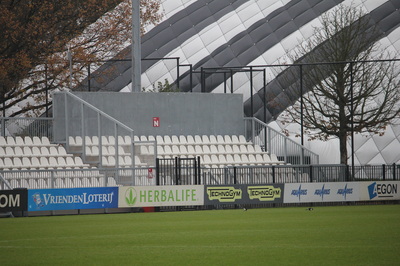 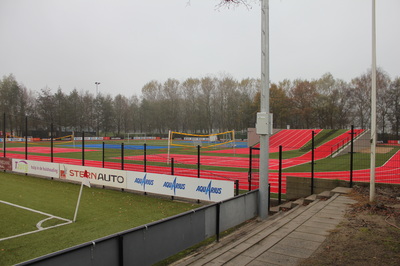