​Regular readers may have noticed that my blogs have been few and far between recently. Just the photo side of things has taken what little spare time I have had. But times change, so indulge me as I go down memory lane and explain why this small piece of the Grand Duchy of Luxembourg means so much to me and, in a way, plays a part in the whole story that lead me to my love of football and the allure of groundhopping, especially in foreign climes.
To understand it all takes a short piece of family history. I am the son of a rugby fanatic from the Taff Bargoed Valley in South Wales and my mother comes from Streatham in South London. My earliest recollections of sport were primarily the oval ball, interspersed with faint memories of my Grandfather swearing at the radio every Saturday as he checked the ‘Pools’
My parents had joined the mass exodus of  'Londoners' to one of the many new towns springing up around the city in the late 60's. Their destination was near Bracknell as my father was to start work in the Mars offices in Slough.
When starting primary school in 1973 in the slow backwater of the village of Crowthorne, it soon became apparent that my knowledge of, and desire to play, the oval game was not shared by 99.9% of the rest of my classmates. So in an attempt to fit in (or possibly on reflection, not stand out) I converted to the round game. And in the spirit of conforming decided that I too, like everyone else in the school would support Chelsea.
Before you judge me folks, there are two things to remember about the mid 70’sAll this changed in 1975 when I realized that football was also played locally in Aldershot and you could go and watch it live. You could say that was a bit of a crossroads in my life!!
Anyway, all but the most ardent Chelsea fans probably still don’t the connection, which actually lies in what appealed to me most at the time; records, stats, info. Who wears what colours, play where, ground capacity, record crowds, knickname. I was the original stat boy before some Italian-Amercian now working on Good Morning American stole the name!
The first game I went to was Bristol Rovers v Chelsea in November 1974. Somewhere I still have the programme (minus all the Chelsea Pictures which went on my wall). I must have read the visitors section in that programme a hundred times. One thing in particular stuck with me. Chelsea’s record victory was in 1971. Not 1871 like so many other teams, but 3 years ago. I couldn’t even read the oppositions name, Dad had never heard of it but Grandad said they were from Luxembourg and he had been at the game. The game finished 13-0 part of an aggregate 21-0 victory that remains the highest aggregate European victory (although subsequently equaled by, ironically given events later in my life, Feijenoord).
This little bit of information fueled my appetite for what football was like on the continent. I started to listen to the English European games on Radio 2. Away games always seemed to have horns and bells. A few year later when I was allowed to watch highlights on ‘Sportsnight’ every ground had a running track and hills in the background. Every match ball was the white with black hexagons. I often imagined that this was exactly what that 8-0 game in Luxembourg would have been like.
I was hooked and never looked back.
And so back to this piece of waste land in the Grand Duchy. This is what remains of Um Bechel, the former home of Jeneusse Hautcharage (now merged) and the recipients of the 21-0 aggregate beating Chelsea handed out. My groundhopping compatriot Bas Tucker visited here a few years ago and the photos can be seen here. On the downside it did not even remotely look like what I had envisaged 40 odd years ago.  On the plus side there is a memory of the game (the poster from the London game) which I was delighted to find is proudly displayed with other artifacts in the new home of UN Kaerjange (formed by the merger of Jeunesse and US Bascharage in 1997) which can be seen here.
You may have noted from the posters that the game in Luxembourg didn’t even take place in Um Bechel but in the national stadium in Luxembourg City (see here) complete with running track and small hills!
And so here I stood, in the middle of some waste land in the centre of Europe looking around at, well, nothing that remains of a ground that didn’t hold a game that had fascinated me since a young boy and took place 44 years and one week ago. In some ways this succinctly explains what being a groundhopper means.
They say that the way your life develops can be traced back to a few small events in your formative years. I stood wondering what my life would have been had I never heard of Jeunesse Hautcharage.
I smiled to myself as I walked back to the car at the futility of it all, but was happy that, for at least once in my life, I had fulfilled a dream of the young kid sat on his bed listening to Radio 2 every Wednesday night on a portable radio whilst reading ‘Shoot!’. 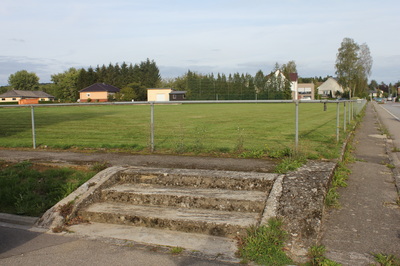 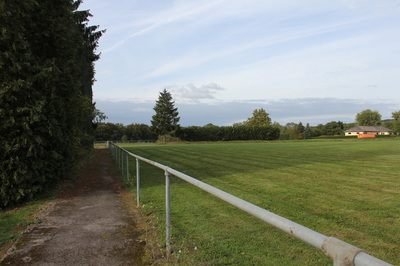 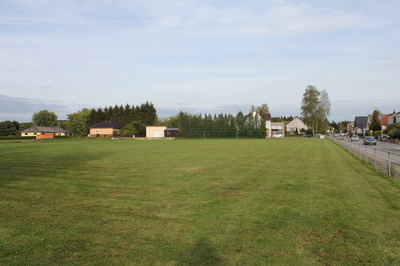 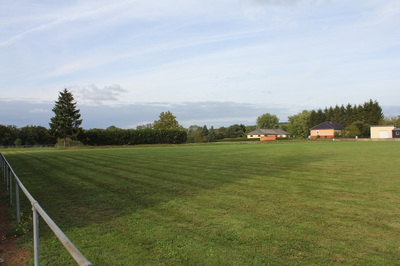 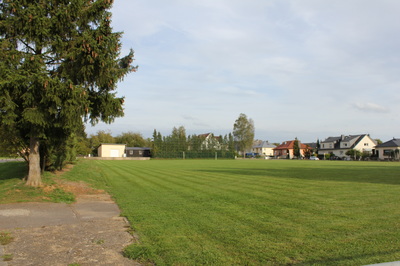 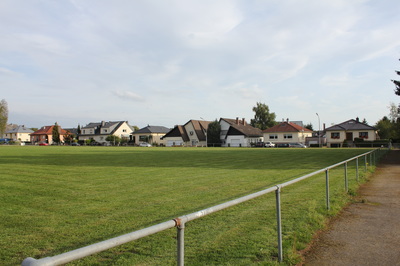 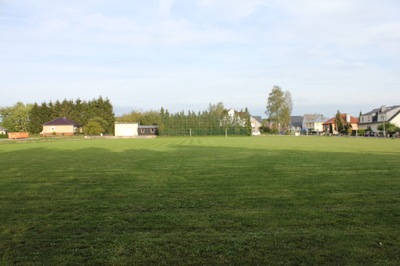 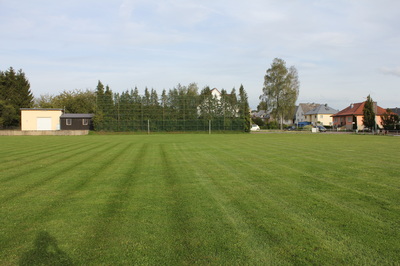 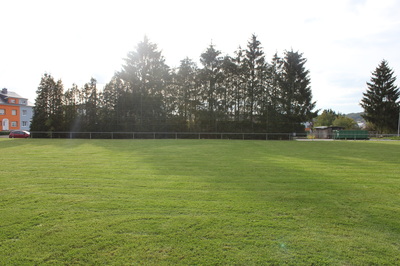 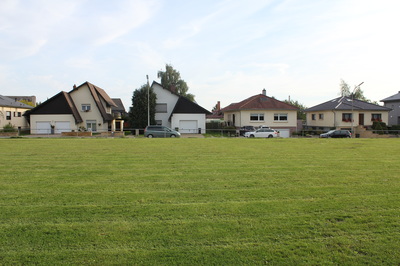 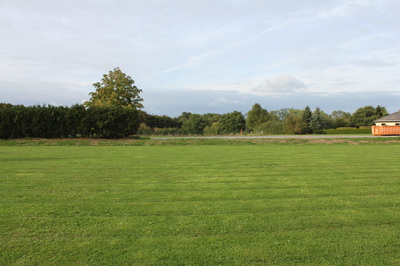