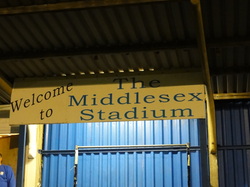 Normal service has resumed so the RR and I looked for games to attend. Top of the list was Burnham v Woodford (it finished 7-0) or this game, the decision ended up being made by which one was a new ground for two of us. On a forum I read Hillingdon Borough were described as "a great little club with a great old skool ground." Setting the standard or what? With this in mind I was hopeful that it wouldn't be an anti-climax, the main reason being that I hadn't done any prior research into the ground so everything was going to be a surprise.

Driving into the car park the RR was lucky to have the front of his car in tact due to the amount of pot holes. The exterior of the ground enables you to view over and onto the pitch (hence the first photo) whilst if you head down towards the 3G pitch there was an open gate which you could gain free entry into the ground from, although you wouldn't be allowed into the clubhouse. Believe me you want to go in the club house. Its exterior presents the image of a bland interior but within is like the tardis, it even has mood lighting. The only problem is that it is the only snack bar. During the week it is obviously a conventional restaurant bar so as expected the prices are a bit higher than they would be normally, saying that everything we saw come out was a lot lot better than you see at most grounds (I'd say it beat Kidderminster).

Outside of the Social club was a covered viewing area/seated area. From here you can watch a Non-League came and play pinball, what's not to like? Looking from here you can really appreciate just how massive the playing area is along with just how much room there is in the stands. At the 3G end is a small covered terrace whilst running along either side are small paths. The final end is a bank of seating for about 200. It's pretty shallow and the roof doesn't cover all of the seats. All around the ground were old buildings/turnstiles with the signs making it obvious that they have played at a higher level than they are currently. Ticket prices have got cheaper for starters!

The floodlights were pretty dim and about 2 minutes before we thought that they would only be using two sets. Thankfully the guy in a small hut behind the stand switched them on, not that we'd have moaned otherwise, the game was fairly forgetful in the large parts with limited goal mouth action, both goals came very late on. What was strange was people sat in the clubhouse having dinner but not paying any attention to the game outside the window, in truth they must've been more interested in the Villa game at Valley parade. 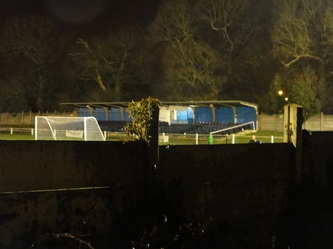 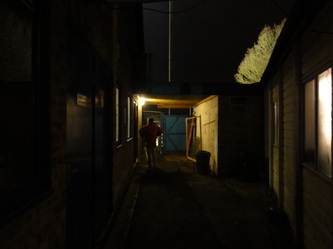 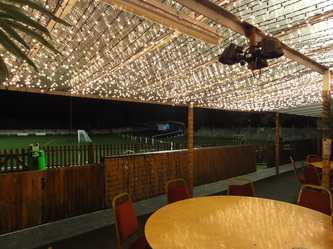 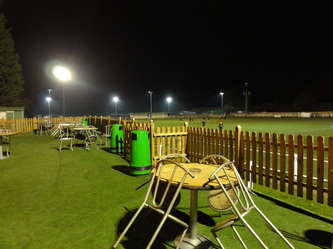 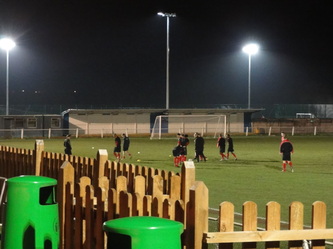 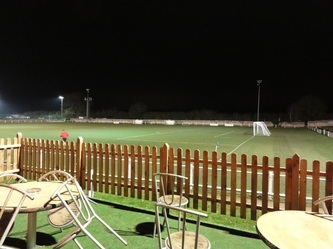 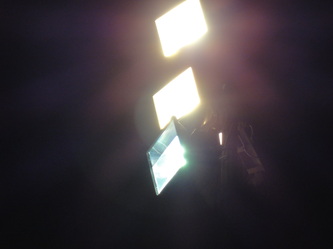 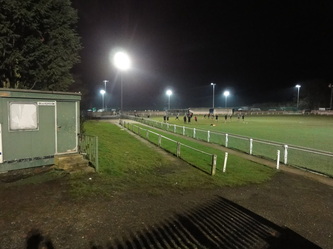 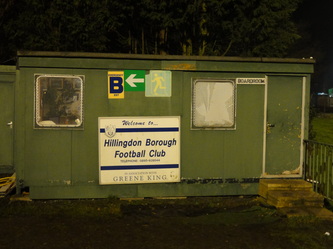 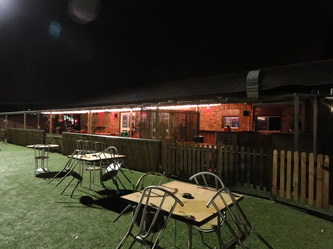 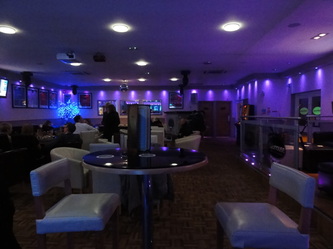 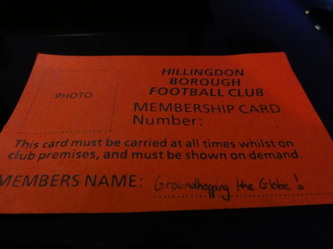 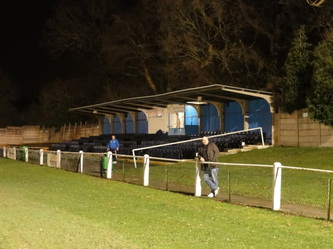 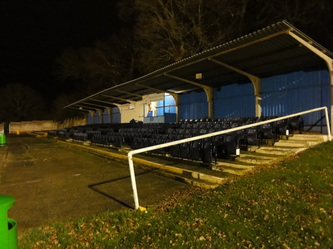 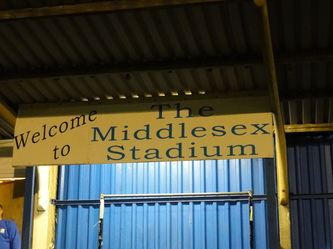 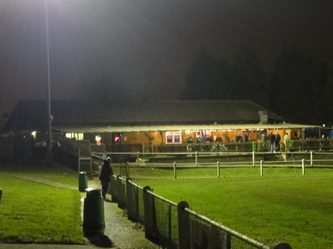 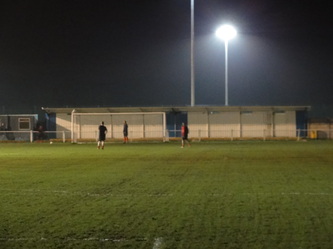 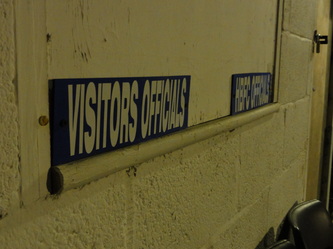 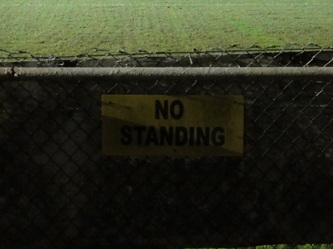 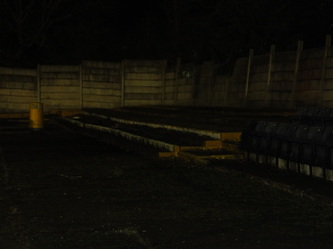 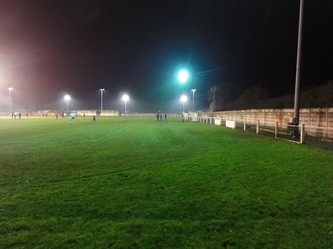 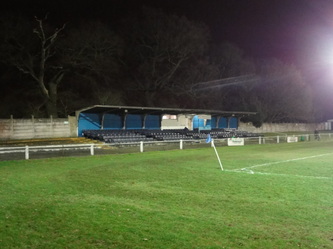 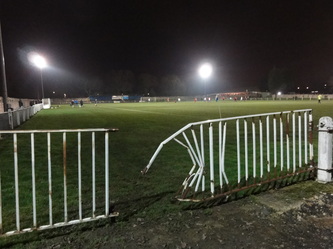 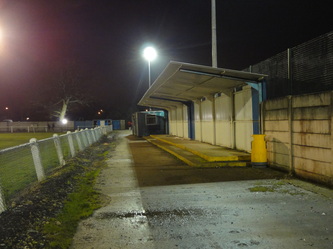 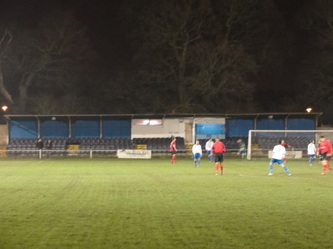 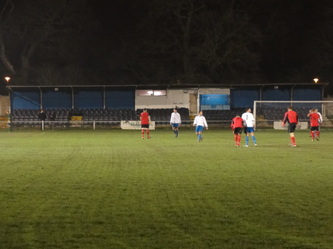 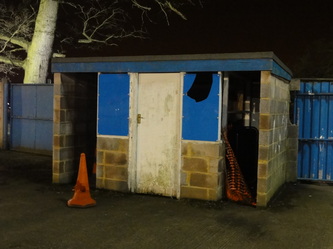 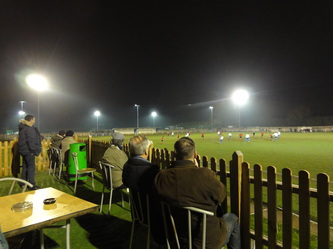 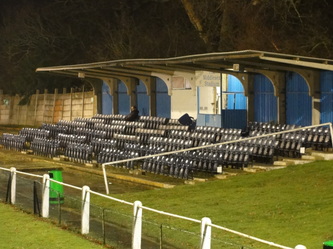