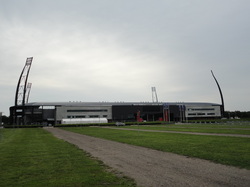 Words that spring to mind about Denmark; small, clean, organised, green. None of those sprung to mind when planning a trip to the Herning; just, where?
Well Herning is  in the middle of Jutland (the main bit of Denmark). Population 45k. So yes, it's small.
The stadium is home to FC Midtjylland (them of 'almost beating Man City in 2008 Uefa Cup' fame) and normally holds 11,800. Uefa's ruling on all seaster stadiums limited the capacity to 9,500 for the tournament. Also to the fore was Uefa's in explicable approach to ticketing. Any attempt to get tickets through the internet last week was met with 'sold out' signs. Then, suddenly, 20 tickets in one corner became available (luckily) and just as quickly the signs went back up. So, a capacity crowd? Nope loads of empty seats and an announced crowd of just over 8,000 (although the Bristish press carried 9,500 sell out!). Perhaps the BOC asked UEFA for advice on the Olympic tickets?!
Anyway, what of the Danish experience? Well they are never going to hold the big tournament, unless they piggy back off a Swedish bid for some games in Copenhagen, so they are making the most of the attention.
There were plenty of banners and flags around the city, the barmaids were wearing red UEFA t-shirts with welcome to Herning on them and the bus transport to and from the stadium was efficient. There was no obvious merchandising nor additional events, but the game was the Sunday of a religious holiday; Monday being a public holiday, so that may change for future games.
The stadium was spotless (I was surprise to hear it was 7 years old) if unspectacular (nice floodlights though). Yes, it had been 'UEFA-ed' but in a reserved and conservative way that reflects the nature of the people. They even managed to sell beer, with alcohol in it. Ok 0.5%, but even that is some achievement!
The locals were enthusiatic, if a little quiet, although the sterile nature of the game did test the patience of some of the younger viewers! Visiting fans were at a premium, with the notable exception of half a dozen drunk, loud England fans from whom we kept our distance (the blue and white hoops with Autotrader on their shirts did not cloud my judgement........honest!)
All in all it did leave me wanting more; more trips to Denmark that is.
Given the limited number of stadiums used, our original plan to spend our summer vacation watching the tournament was shelved. I don't regret that decision, but equally I don't regret the 8 hour journey each way to see something of the tournament.
Spain U 21 1-1 England U21 (12-6-11) 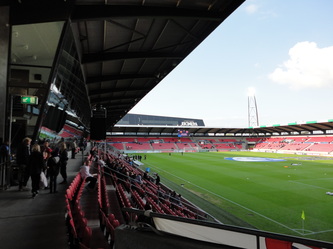 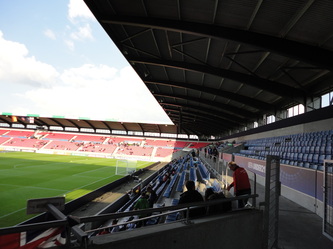 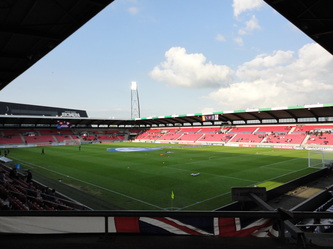 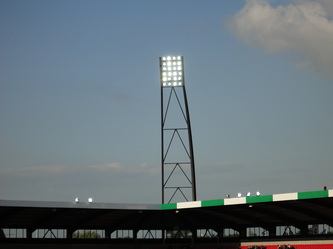 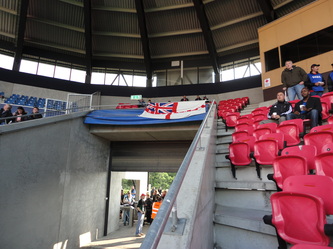 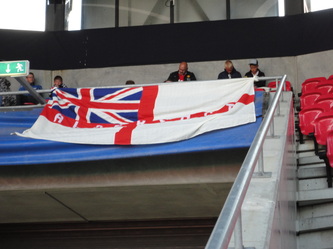 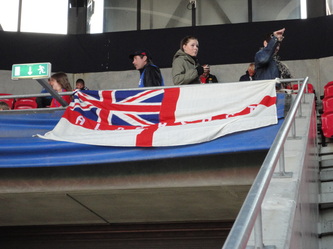 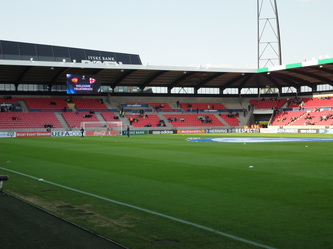 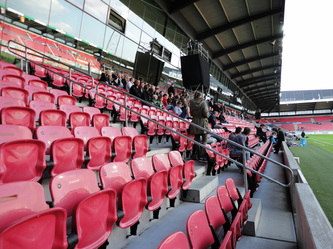 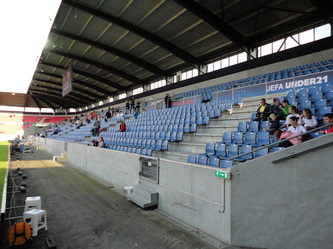 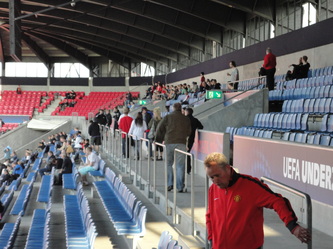 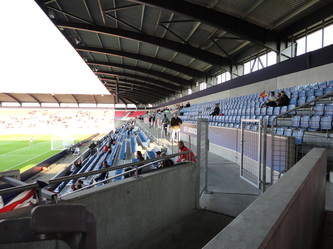 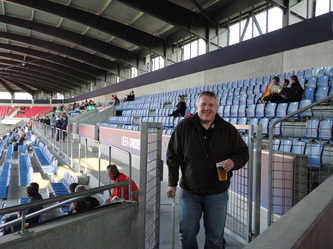 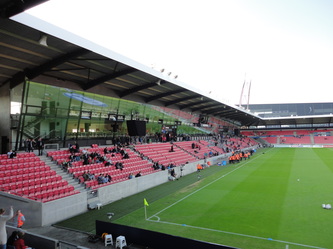 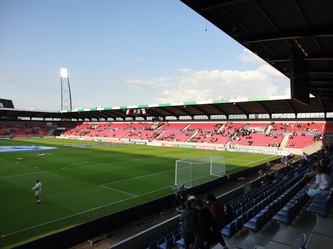 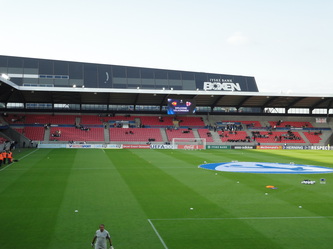 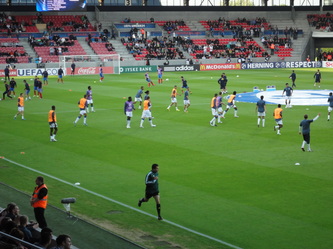 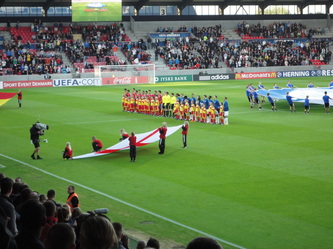 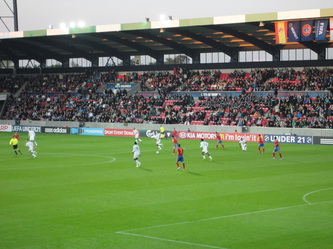 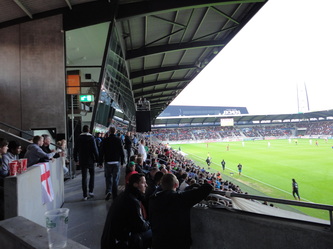 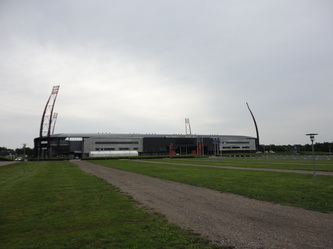 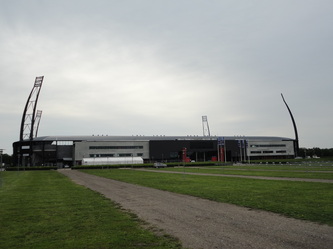 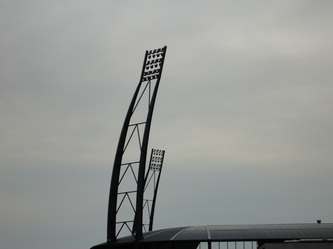