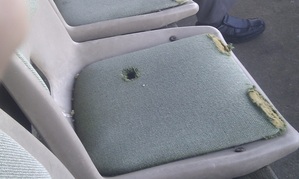 Herne Bay is a quality ground for this level (Step 5).  Big clubhouse.  Wonderfully eccentric (blue) main stand which houses the changing rooms and seats that appears to only be used by club officers and has massive dug outs built into it.  The rest of us had to sit in the other stand which is rather odd as it has material seat covers which when wet...stay wet!  Some good covered terracing at either end. Easy to park.  Easy to get to and (now the Thanet Way has been finished) easy to get away from as well.  Also Herne Bay are having a great season so the football was pretty good as well.  This was a big game for the Vase...strong Herne Bay team versus the 2004 winners.  Game was good, plenty of action and goals.

As is usually the case with me at the moment.....I had a classic example of annoying (bordering on footballing ignorant) local fan next to me in the first half (maybe I am becoming less tolerant in my old age) but on the plus side that did lead me to re-discover what I love about football at this level.  Firstly, as this was an FA fixture, usual ground rules cannot apply so no alcohol is allowed around the ground....words just fail me.  However, Herne Bay has the most excellent view from the clubhouse of the pitch so (and as it was cold) I could enjoy the whole of the second half sitting at the bar window with a great view of the game, in the warm and the other side of the pitch to my annoying first half neighbour.  Football in winter does not get much better than this.....well apart from the fact I watched Final Score tell me that The Shots had lost to North Kent Chav Town FC! (tad abusive!) 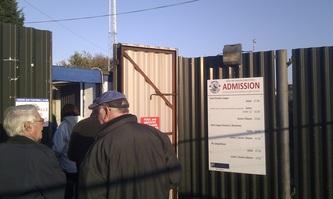 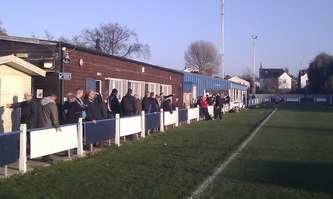 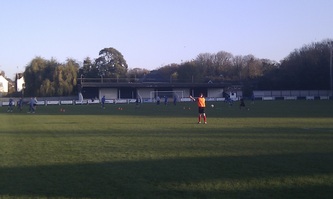 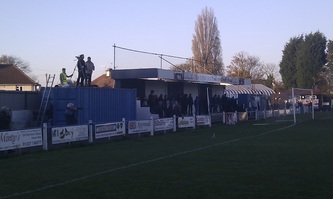 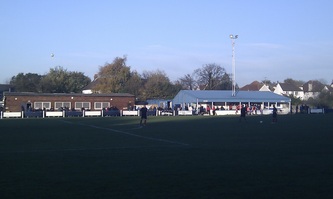 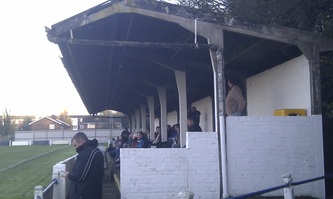 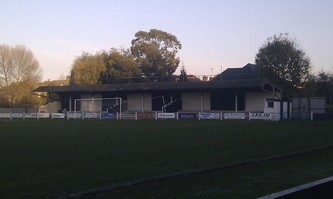 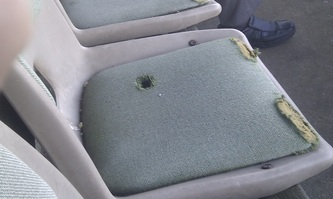 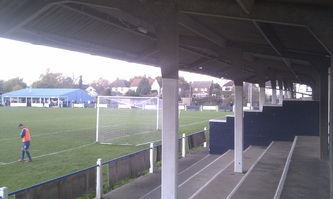 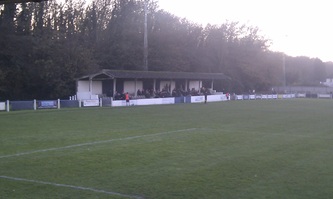 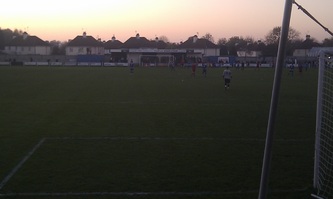 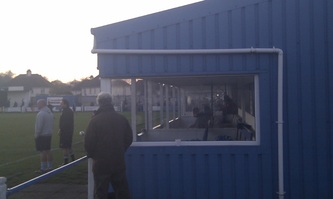 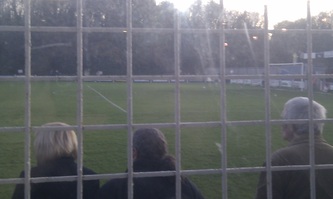 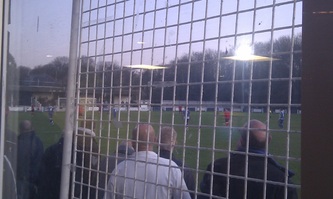