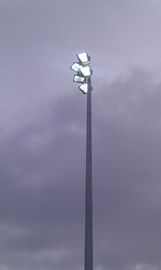 Despite having been here 5 or 6 times we never took pictures. No need to worry though, we have some! seats either side, a hill and terracing. It even has the strange clubhouse/function suite. It screams non-league! this is what our roaming reporter had to say:

"Meant to go to this one a few times before and have to say, it was much better than I was expecting.  Good ground for this level.  Club house not near the North Norfolk standard mind!  Two good pieces of terracing behind each goal that a few grounds higher up would appreciate.  Due to extremely black clouds gathering even got some floodlight shots for the floodlight freaks of the family (Daniel)." 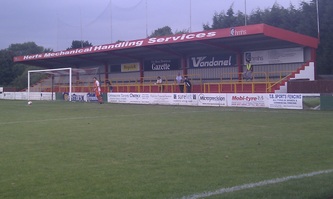 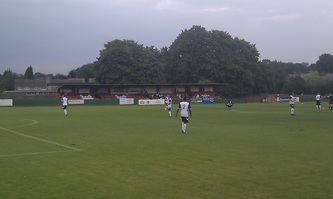 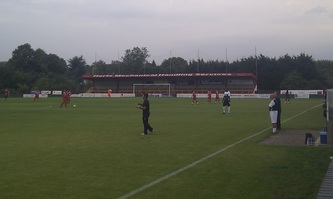 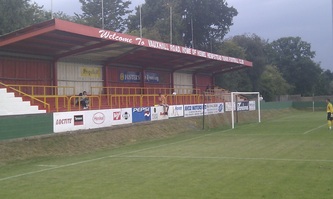 And in some snow 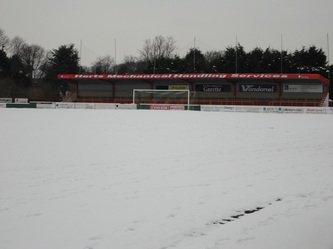 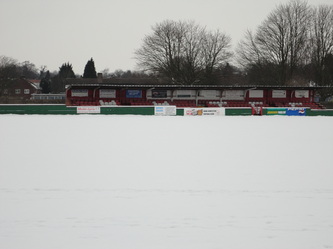 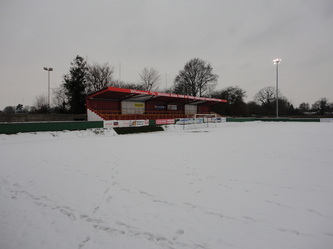 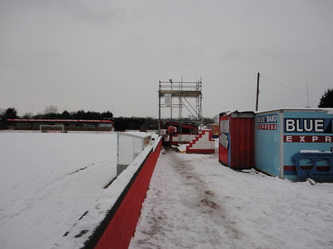