On my umpteenth attempt to visit this ground, it was another one of those grounds/games where I was split between my Groundhopping and Supporter mindset. My most recent attempt had been for when this match was originally planned to take place, on the Saturday, but was postponed. Annoyingly it was £10 down the drain in the way of train tickets as they were non-refundable. In a way I was relieved, as while not 100% for this game, I'd lasted less than 10 minutes at Windsor through illness. With the new date confirmed at midday on the Monday, I booked my seat on the coach.

I'd not done an away game by coach before, and while still not being my preference, I was grateful. Cheap and convenient, with no real faults. We'd arrive with an hour to spare, but I decided to go straight into the ground, if only for photo's and a mooch in the club shop. Opened in 1982 as home of pre-merger Havant Town, it's a smart and functional ground. 3 sides of the ground is covered standing, with the two ends being fairly similar, save for a gap at the Car Park end for turnstiles. The side terrace is slightly smaller, and pretty shallow. The final side is dominated by the 586 capacity main stand, running two thirds of the pitch, the final third having another small covered terrace. Behind this is a pub/clubhouse, and while not entering it, those that I ended up stood with said it was smart inside.

With the game being unsegregated (I can't stress how much I prefer going to grounds like this without segregation) the away fans largely congregated behind the end that they believed Aldershot to be attacking. As the players came out there was a small display, and the game got underway. The first half was one way traffic, but a mixture of poor luck and choices meant that Aldershot didn't convert. Shortly before half time Jordan Roberts was sent off for a kick at a home player off the ball, and it all went a bit downhill. Havant scored straight after half time. Then a Second from 25 yards. Then a sublime chip over onrushing Aaron Morris. Then a corker of a Fourth (try and find the highlight, wow). Shock amongst the away fans, with only a Brett Williams penalty as a consolation.

At the start I mentioned how I was split, that's why. From a Groundhopping perspective, it's a very smart ground and a decent little club. From an Aldershot perspective, we'd been comfortably beaten by a team from a lower division (again). I can only say fair play to Havant though, 3 of the 4 goals were very good and there was resilience throughout. They rightfully beat a complacent Aldershot.

Edit: Here are the match highlights 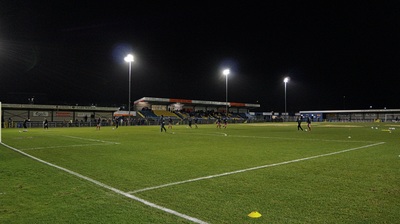 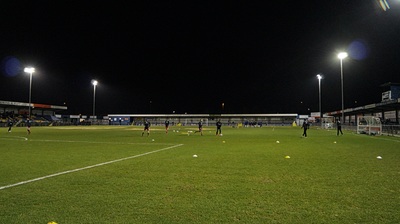 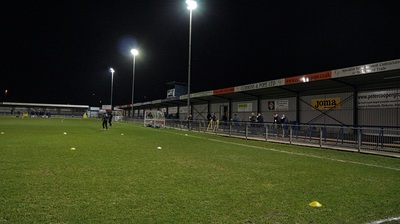 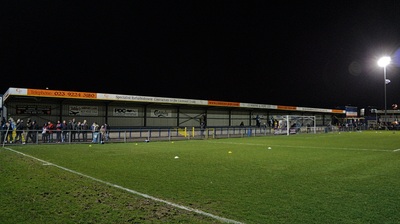 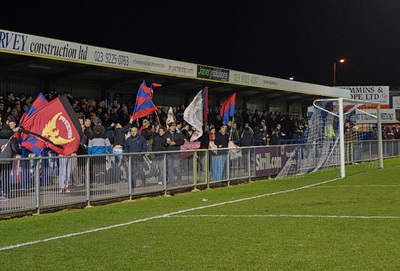 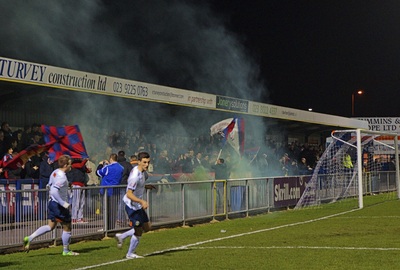 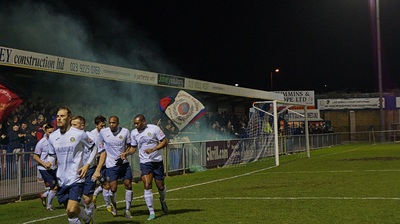 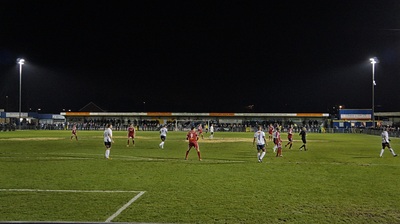 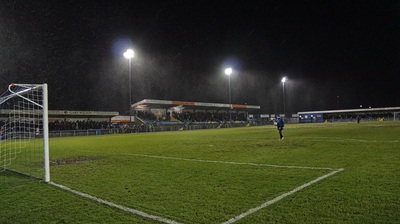 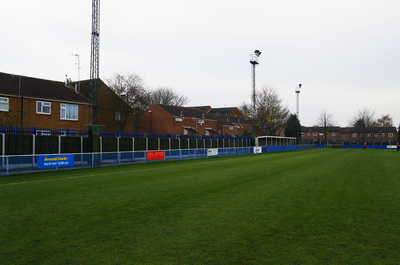 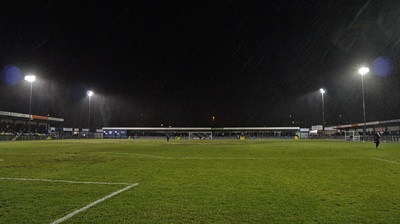 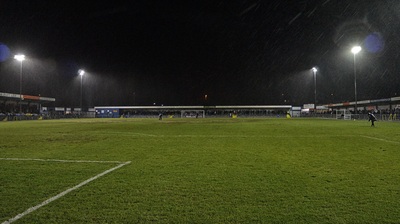 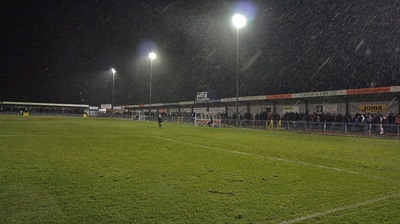 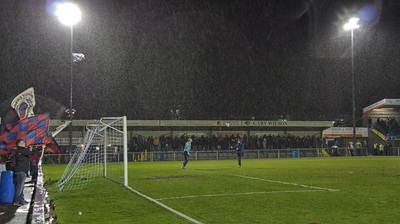 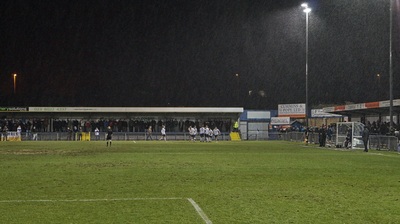 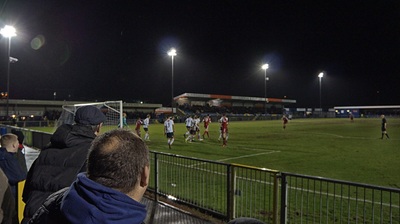