A glorious name indeed and a nice tidy ground that is wedged right up against a dual carriageway.  It has the most amazing stand called 'the cage'.  It literally is caged off except for first team matches only when the cage comes down and people are allowed to sit down.  The stand and the little terrace are standard stuff for this level as is the clubhouse with an impressive St George's Cross which I meant to take a picture of after the game.  Why didn't I?  I left before the end and forgot.  Why?  Two reasons.  The game was dreary (despite 3 goals) and I had just had enough of the home team and fans and just needed to get into the silence of the car!!  Why so cruel on the team and fans?  Simply because it was the second night running that I had to endure the constant whinging and moaning of the home team and the home crowd at the officials who, for both games, did perfectly well in my opinion.  In fact, I think they deserved a medal for not just saying...'I have had enough of this' and walking off.  They moaned at a disallowed goal for a reason (offside rule) that simply showed a complete ignorane of the laws of football and didn't improve much at any point after that.  Moan over.  Shame I didn't get the picture of the flag.
Hanworth Villa v Badshot Lea (2-1) 11 October 2011 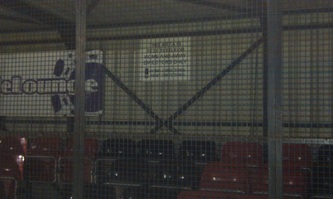 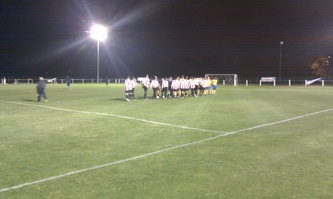 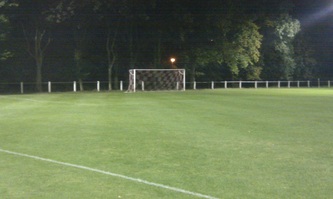 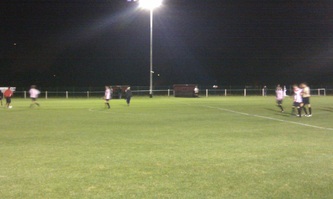 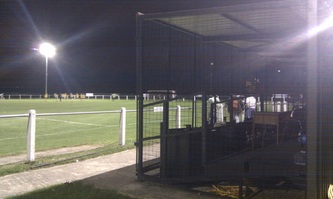 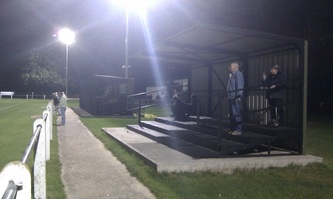