Quite how NAC came away from Euroborg with a point no one can probably explain, but somethimes in football you don't get what you deserve. And let's be honest, every point matters in the somehwat chaotic Ere Divisie table.
As this is my blog, I will make one criticism of the boys in yellow, that has been bugging me for a few weeks now. Whilst I accept that 'the Spanish Way' is a successful way, they have the quality players to play it. Sometimes, the best option is to put your foot through the ball as hard as possible and get it anywhere rather than in your own box. Twice recently NAC have given up goals while trying to play their way out of defense......just boot it clear!!
Off the pitch the local Ultras were celebrating 10 years and had a rather clever display with photos coming out of a camera depicting their role in supporting the club. I believe there were 5, but I only got 2. Apologies, but I was struggling with the focus because of the netting around the away end! 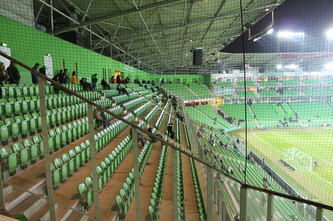 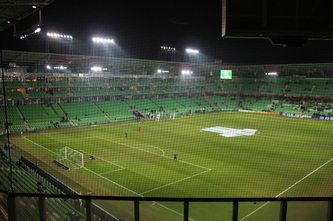 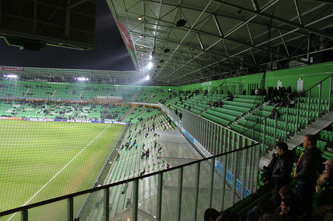 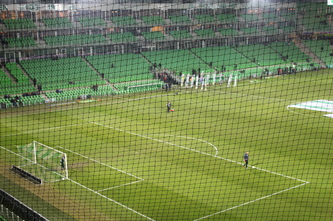 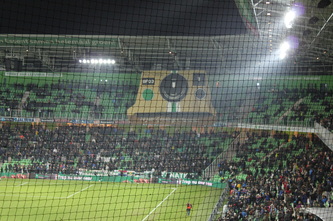 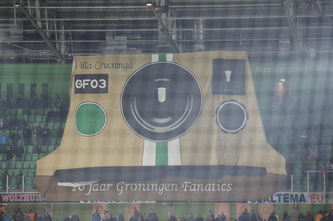 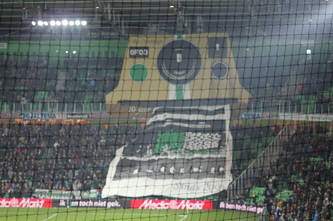 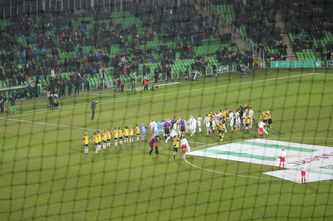 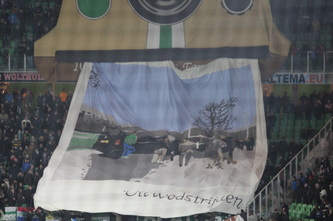 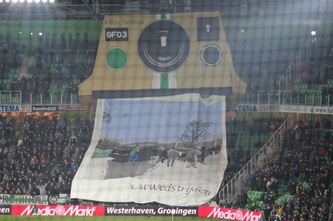 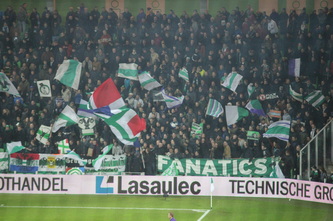 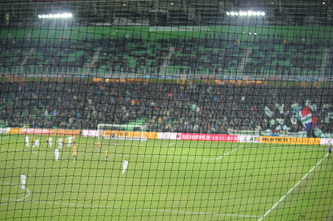 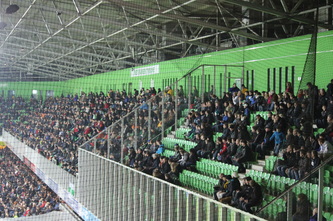 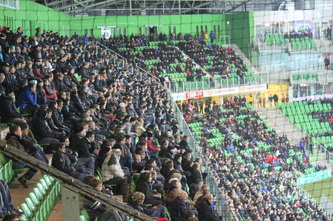 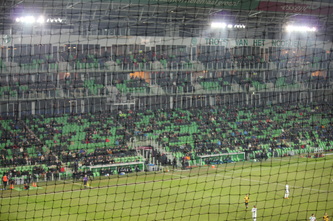 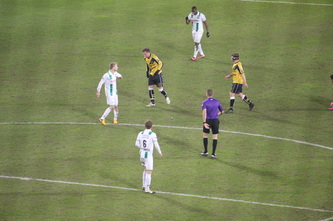 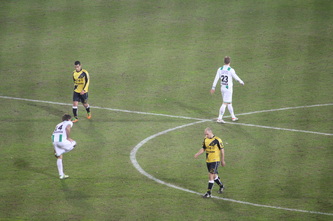 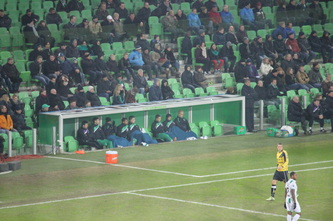 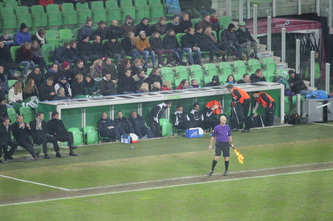 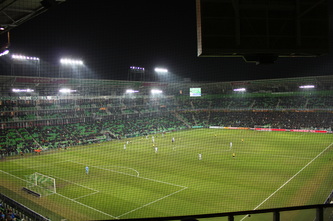 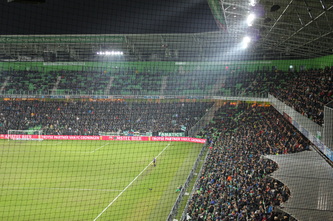 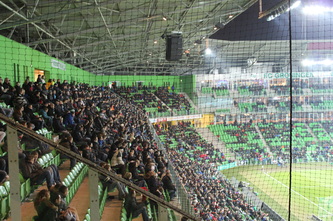 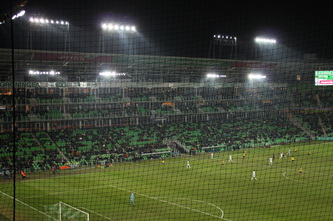 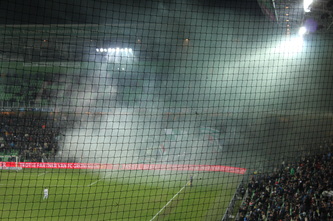 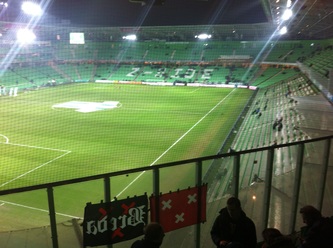 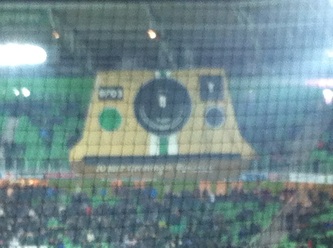 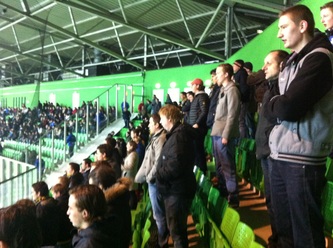 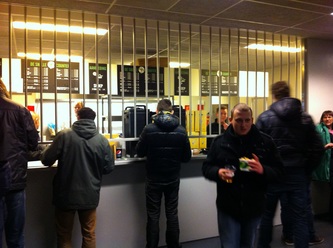 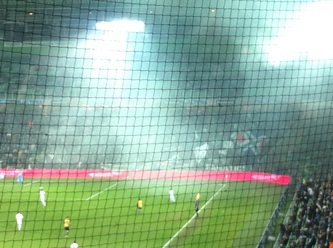 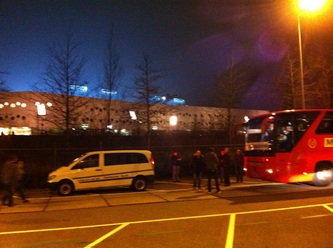