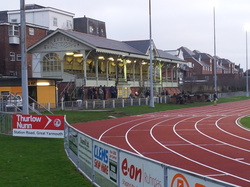 Following the Summer tour of North Norfolk, the New Year meant back to the family on the coast and the chance to maybe see some more football.  Unfortunately a 60th birthday put paid to my planned midweek game and my chance to see the 'other' Norwich...United that is.  But having done my family duty, I was almost told to go to a Saturday game and a quick search of the fixtures left me with 2 choices.  Top of the table clash between Blofield and Acle - which promised great football (and delivered judging from the report I read afterwards) or Great Yarmouth Town FC.  Having family in the area, I am allowed to say this, but most locals don't go to GY out of choice.  It is a old seaside town that simply is suffering post cheap flights etc. and being out on such a limb passing holiday trade (or any trade for that matter) is non existent.  After my visit, everyone I told said 'why on earth did you go there?' or 'did you count the fingers on the hands?'.  Why I chose this one is simple.  The Main Stand.  It just looked too good to pass up the chance to see it.  There is a stand that runs all the way along the other side of the ground but Junior RR and I didn't even venture there.  Sometimes photos can never do something justice and this is one of those occassions.

To be fair, for this level of football the whole ground is a good.  It is also the home to the Athletics club, hence the running track.  As a rule, I hate grounds with running tracks as you really are a long way form the pitch but somewhere it suited this ground.  The club nowadays seems very well run and a quick chat with a club official and a trip to the bar showed how much history they have had.  The wall in the bar is plastered with cuttings of days gone by and in particular the great FA cup exploits. Nearly 9,000 filled the ground in 1953 when they beat Crystal Palace.  Alas, only 54 made it against Fakenham Town FC.  One of the pictures below is a newspaper cutting of the stand on one of their other great cup days with just over 4,000 in the ground.  One can only imagine what it looked like in 1953!

Moving back to the present, the GY team playing had an average age of about 19 and they produced some entertaining stuff, as did their opponenents who seemed a little unlucky to be on the end of a 3-0 defeat.  Unlike Dan, I cannot tell you who scored as I forgot to write it down but I can tell you that the stadium announcer was one of the most efficient I have ever heard.  Sub names were given as soon as the ref signalled to the touchline, goal scorers before the celebrations has even started and (unusually for this level of football) the crowd was announces within 10 minutes of kick off.  I did feel a bit sorry for the game as neither fan number 53 or 54 were watching it intently as The Shots were on their way to the FA Cup 4th Round so constant checking of Live Score and Final Score in the bar meant I can not tell you too much about the game.

I would never recommend a trip to GY (my family would probably have me sanctioned) but if you get the chance go to this ground, take it.  If nothing else you will have almost as much fun as I did actually working out how to get in.  Despite a large sign indicating the way to the main entrance you can easily walk past it as you actually enter the ground via the back door of the bar.  As you do you feel you are sneaking in without paying until you realise there is a large table at the front of the bar, with someone taking your money.  Bar was good and as you walked out to you could see 'that stand' with the tea hut fitting nicely before it.  If you squinted and looked really hard you could just see the pitch! 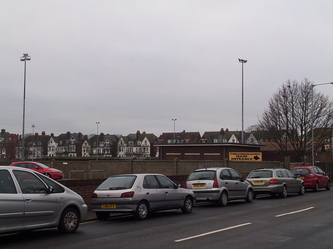 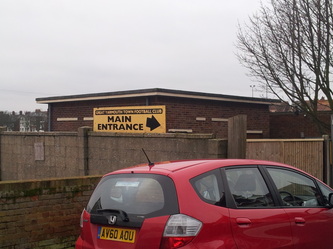 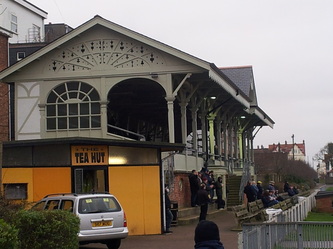 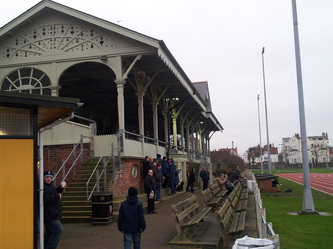 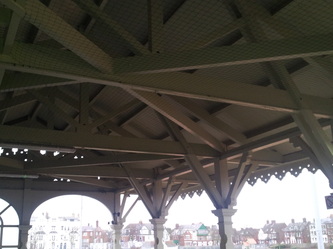 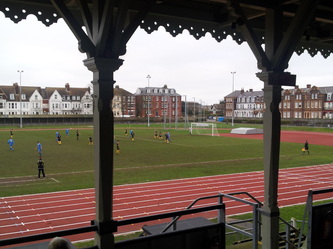 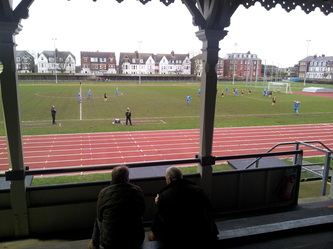 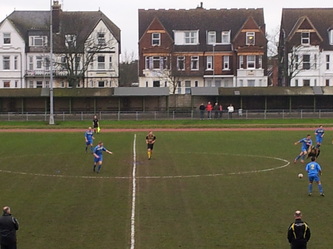 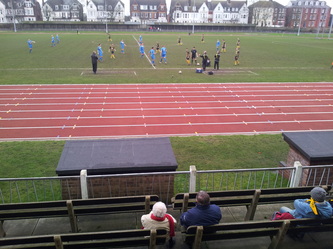 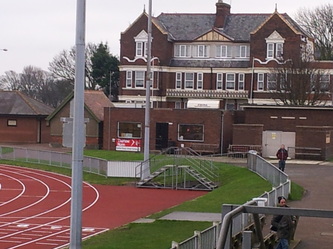 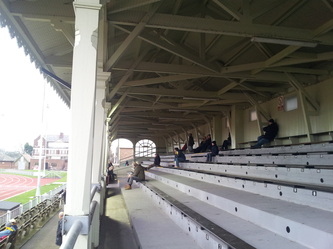 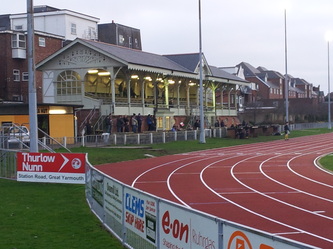 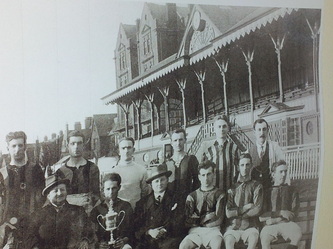 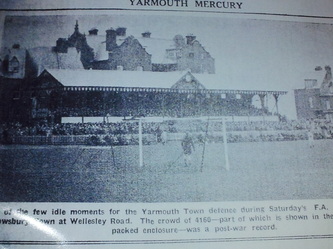 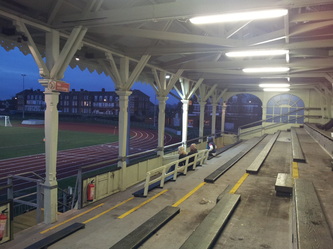