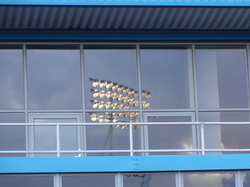 Now, I was fairly apprehensive before this game. I can't think of a single ground in the league that is hated (By visiting fans) as much as Priestfield. It may be because of the temporary stand, or it may be because of the high ticket prices, but after visiting I think that this reputation is rather unfair on what is a decent ground. This is coming from someone who witnessed his team get beat 4-0 (Even if I predicted this scoreline).

We had set off fairly early for the game and this was just as well, the M25 was as reliable as ever and thanks to an oil spill between Jct 8 & 9 there were two lanes shut causing tailbacks of 9KM. We arrived in Gillingham about 15 minutes before kick off, getting extremely lucky at a pay and display car park. I handed over the equivalent of the price of 61% of my season ticket and gathered some initial impressions as the players began to come out, as mentioned above I really liked the ground, but as also mentioned, I understand why there is an element of hatred towards the ground. The end that we were in is named the Brian Moore stand, a "temporary" structure that has currently been in place for 9 years. On the wall in picture 2 you can see the positioning of the previous terrace that stood at this end. To our left was the Medway stand. An impressive design with a two tiers separated by some executive boxes, the lower tier being the larger of the two. This was opened in 2000 and has office blocks at either corner. Rising out of these were impressive looking floodlights, reminding me somewhat of those at Lords cricket ground. To our right was Gordon Road stand, opened in 1997, which is the smallest of the three permanent structures. This follows the shape of the road that is positioned behind it and  is limited in height because of the residents behind it. This could be a decent stand, but for the roof which contains several supporting pillars. On the center of the roof is the worlds worst scoreboards because some one thought it would be a good idea to make the writing dark blue. The other end was the single tiered Rainham end, opened in 1999. This has a cantilevered roof and is of a decent size, shame about the lack of noise coming from it.
Entering the game Aldershot were in an abysmal run of form, 5 consecutive losses, with much of the criticism being directed to the negative style of football and the bizarre transfer policy of Dean Holdsworth. Since he became manager two years ago, no fewer than 48 signings. This wouldn't be much of a probelm if the players had an impact, but the majority sit on the bench struggling to get a game before their loan period is over. Recently people have got even angrier at Guy Madjo being sent on loan to relegation rivals plymouth, someone whose goals were so important to our late revival last season. Despite this, and my score prediction I had a feeling that Aldershot may get something from this game, It's just the Aldershot way, but in truth we didn't really get close, not because we were that bad, just Gillingham were a very good league two team.

The game started with Gillingham having most of the ball, although it was Gillingham that made the breakthrough in front of the Rainham end. A Gills corner was played into the box and was cleared before finding Jack Payne on the edge of the area. He blasted the shot towards Jamie Young who got to the ball brilliantly, but he was unable to contain it and it fell to Charlie Allen (son of manager martin) to poke the ball into the back of the net. You began to sense that this was not going to be our day, and then on 25 minutes Gillingham were able to double their lead. Striker Danny Kedwell burst into the box and went to make a cross which went straight at Sonny Bradley's arm. The home fans appealed for a penalty and the referee gave way. Somewhat unfair, as it could be argued there was nothing that the defender on loan from Hull could do. Up stepped Kedwell for his tenth goal of the season, and a decent finish at that. He blasted the ball straight into the centre of the net as Jamie Yound dived to his right. A poor first half was completed when on the 38th minute Myles Weston turned his man to fire the ball into the bottom corner. I had already gone behind the stand by this point, but Matthew came down to inform us that the Shots were somewhat unlucky to have not pulled a goal back just before half time. A Craig Reid volley was saved acrobatically by the Gills goalkeeper to keep the score at 3-0 going into half time.

The second half started with most in the view of trying to keep the score as low as possible. Thankfully the second half had a much improved performance, maybe because Gillingham eased up a bit, or maybe because we actually played our game. They Shots may have been rewarded when Danny Hylton's close range shot rebounded off the back of a GIllingham defender, but it was Gillingham who were to get the next goal, and in my opinion was a goal that showed their class. A corner was played short, before a low cross field ball found Chris Whelpdale on the edge of the area, he took one touch evading two Aldershot defenders before firing it low onto Jamie Young's left hand post and into the back of the net 4-0. Despite getting beaten quite comfortably the Shots fans remained in fairly good spirits singing "three little birds" by Bob Marley for about 5 minutes and several other "mood lifters" and the players responded somewhat finishing the stronger of the two teams and really testing the home goalkeeper. The pick of the bunch being a 25 yard strike from Danny Rose (signing 48) that stretched the home keeper, although a gillingham fan on a forum I read claimed that it wasn't as good as it looked from the away end. Not that it would've changed the result.

The fianl whistle went and Aldershot had succumbed to their 6 consequtive defeat, a record for the reformed club. Despite this most felt pretty positive as it was a much improved performance compared to the previous Saturday, and Gillingham are a very good team. If we can show the character that we did in the second half of this match then I am confident that we can steer away from our current situation, but currently we need to improve confidence and the manager has to notice the weak link in the team. Fans feel it is obvious, but if the manager can't see it there is not a lot that we can do. 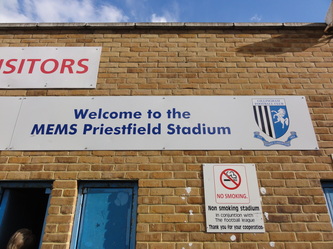 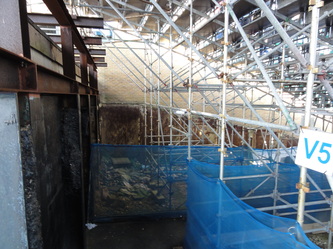 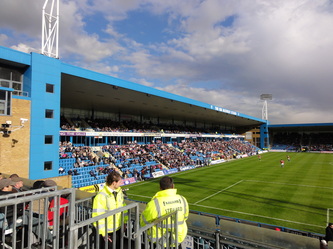 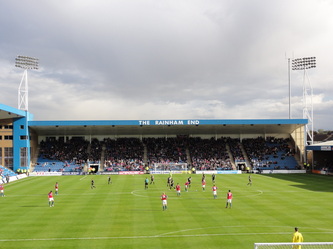 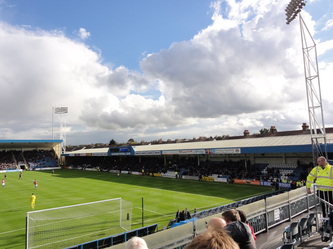 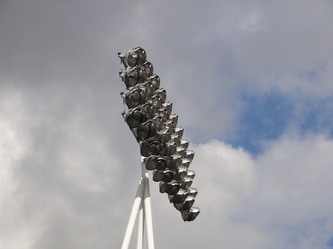 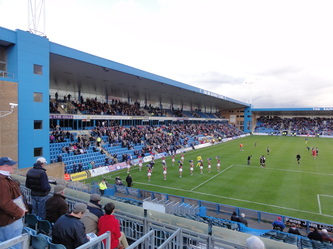 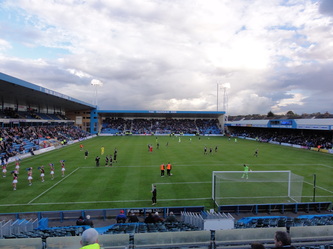 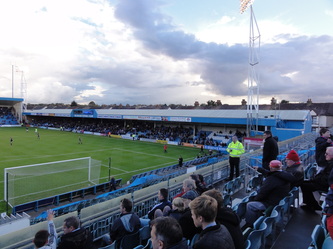 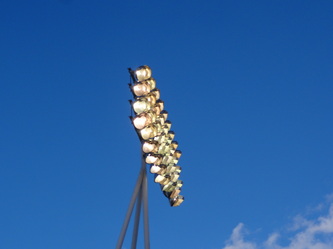 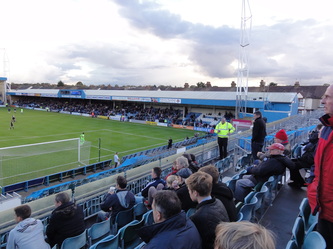 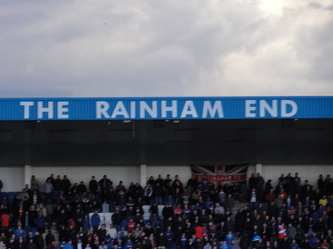 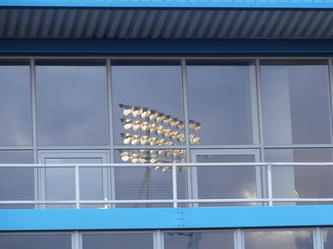 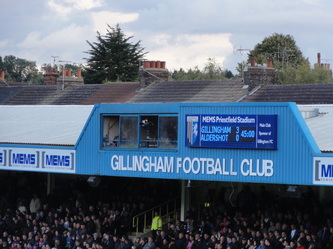 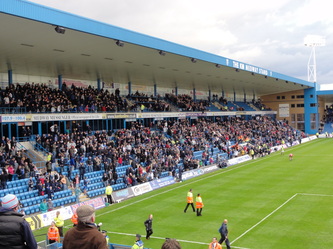 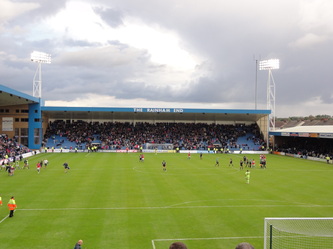