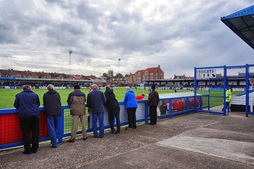 Plans for this weekend had begun approximately a month ago, with Phil coming over to take in a few games. Initially the plan had been to go to Doncaster v Notts County but; a) We realised how dull the Keepmoat was, and b) The game was postponed due to international commitments. Instead, we scoured the fixture list with this being the stand out. So it was decided we'd head off to Lincolnshire for some FA Cup 3rd Qualifying round action.

The Northolme is a place that I'd always been interested in visiting, but could never justify the journey. I'm glad that we finally managed it though, as what greeted us was the quintessential Non-League scene. Entrance to the ground is obtained through the set of turnstiles in the corner of the ground nearest to the town centre. These are perhaps the longest I've been through at a ground. I don't think it would be an understatement if I were to say they were about 10 metres long! After negotiating these you're bought into the corner of the ground by the snack bar. Along one side is a decent sized covered terrace, fenced slightly beyond half way should segregation be needed. Either end are further decent sized terraces, with the opposite end being uncovered. The ground is completed by a bizarre looking seated stand straddling half way.

In terms of the game, the better side won. It's a simple as that, with the difference in leagues being fairly obvious for all to see. In truth the scoreline could've been more but for the hosts not taking the chances offered to them. 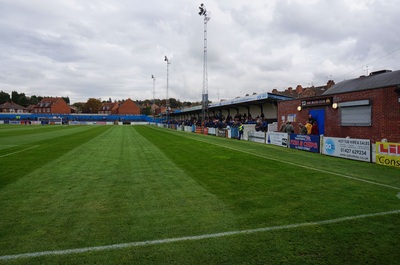 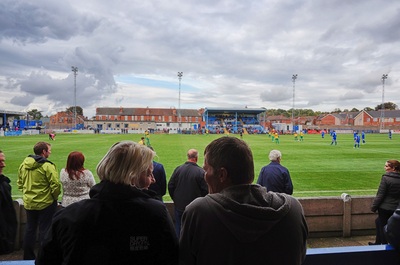 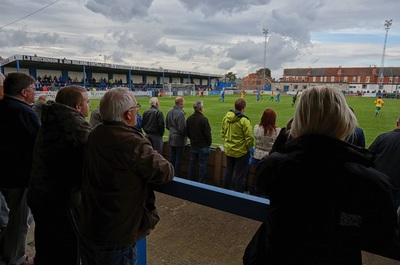 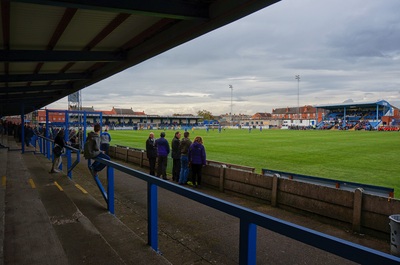 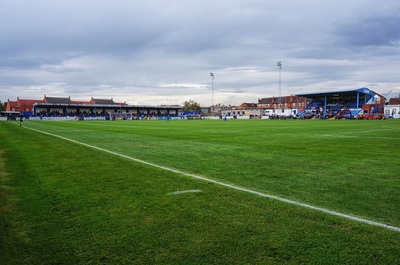 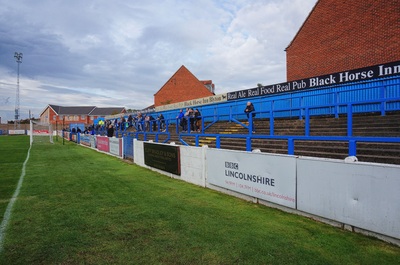 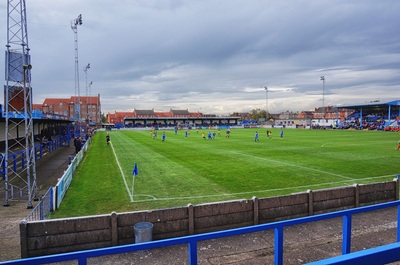 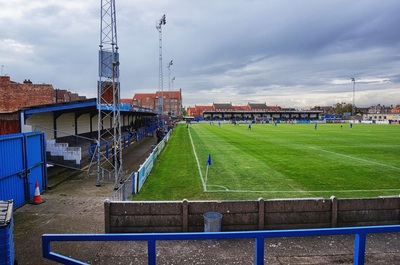 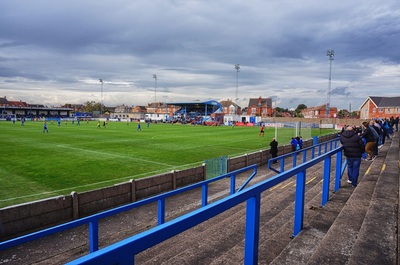 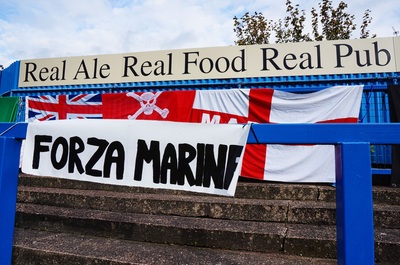 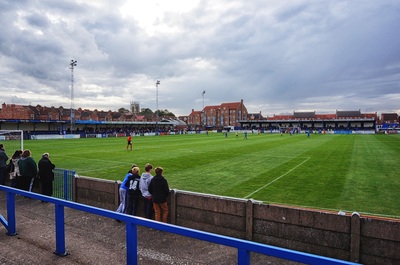 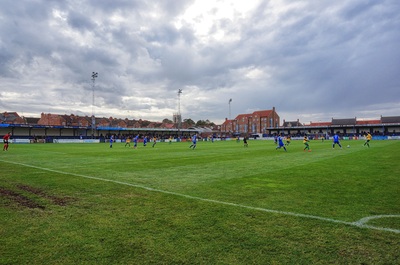 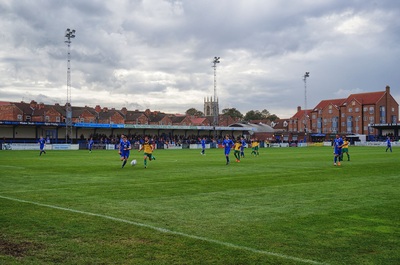 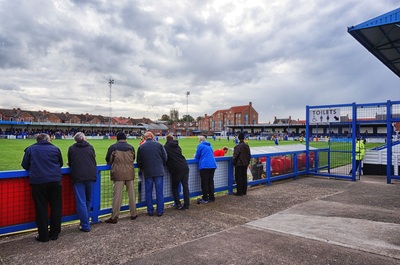 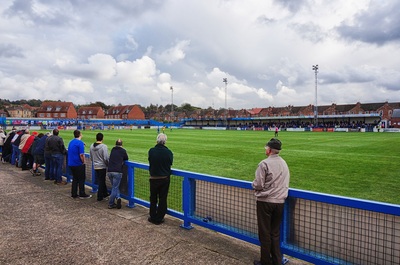 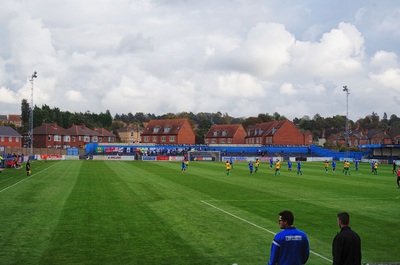 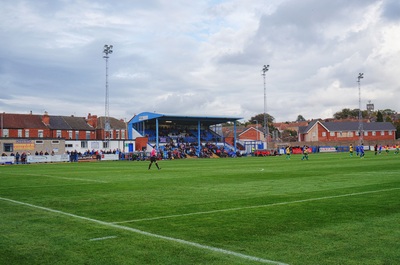 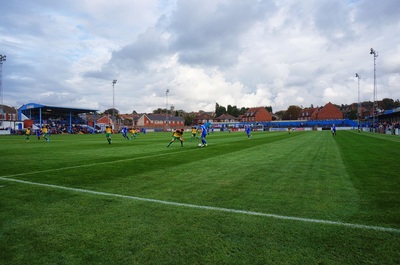 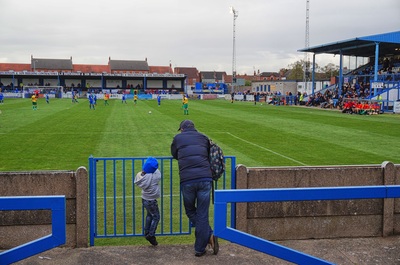 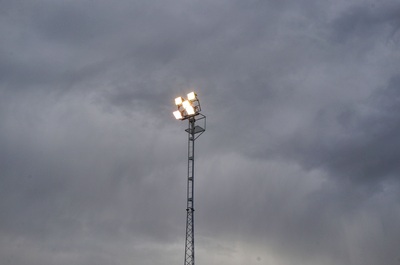 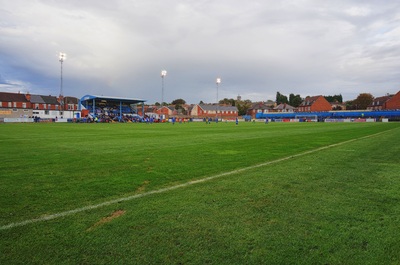