Opened in 1980 and expanded in 1991, this single tier bowl holds just over 41,000.
As you can see, I wasn't able to get in the stadium, but that's not a big issue as the stars of the place are the floodlights!
The last three pictures are of the Universities baseball stadium next door, Pete Beiden Field. Originally built in 1966, it has undergone a number of renovations. It holds 5,757 but, unusually, has never been sold out with a record attendance of 5,673. 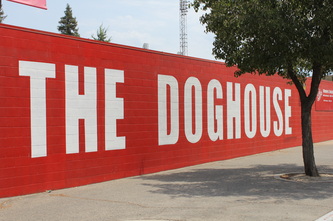 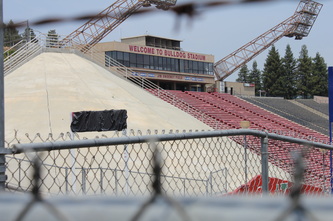 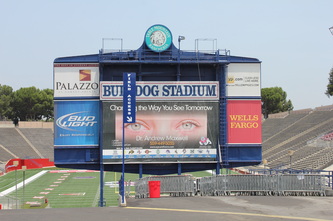 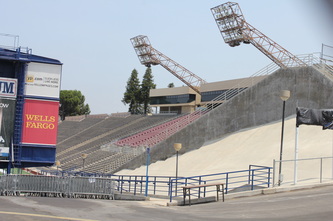 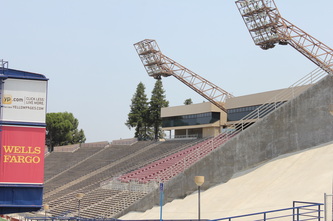 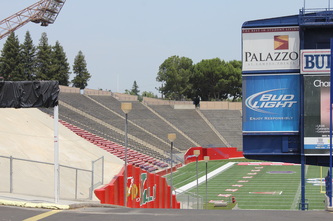 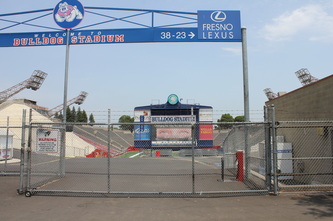 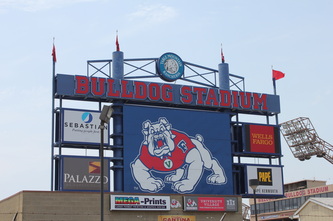 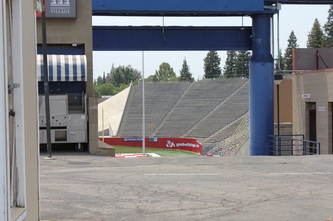 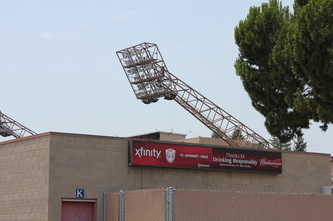 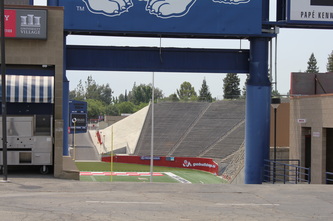 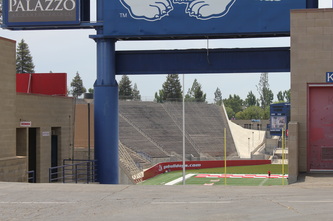 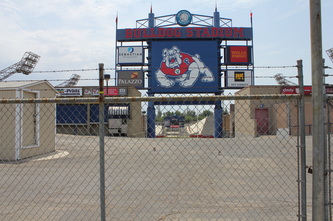 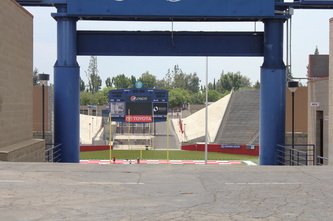 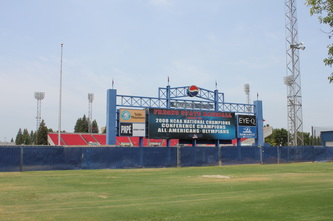 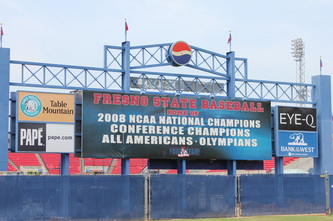 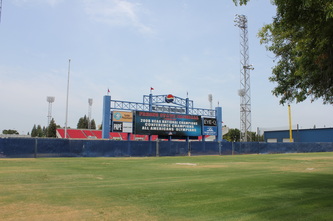