and on a warm July evening 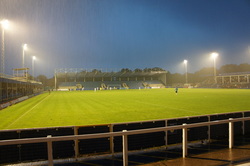 I witnessed a fantastic game, Aldershot looked worthy champions-elect and it didn't rain. Well that's what I was hoping for. In truth it was a rather dull game played between a decent Farnborough side and an Aldershot side mixed with experience, youth and trialists. Not that it matters too much in what is Aldershot's first game of pre-season.

The thing that did bug me was the rain. On Saturday I made my way to Havant in order to watch their game with Pompey, I only found out the game was Postponed as I was walking to the ground. With this in mind I was hopeful that I  wouldn't have to see any rain tonight, but being british summer it chucked it down. The weather was comparable to a mid-week game in the middle of November, you know the kind, stood under the only cover at a place like Highworth watching two teams play hoofball the whole game in order to avoid running up the massive hill.

The ground itself was decent, still. My only complaint is that they haven't at least put a roof over the PRE. In the programme notes the Farnborough manager commented with "off the pitch you can see plenty has been going on this summer with the obvious addition of the PRE stand roof" well, it's looking very goo at the moment then, assuming it was meant to have lots of holes! 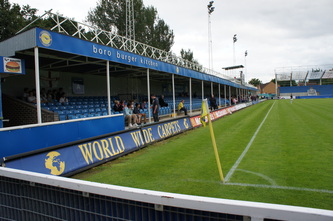 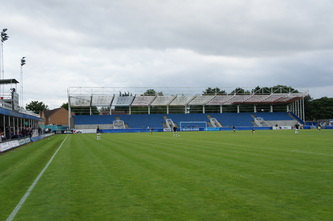 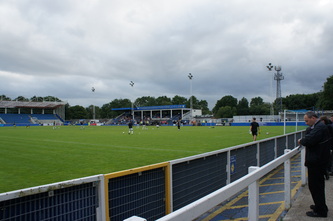 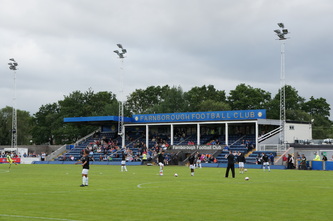 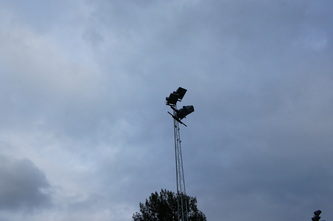 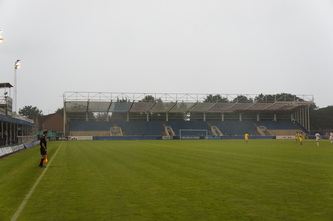 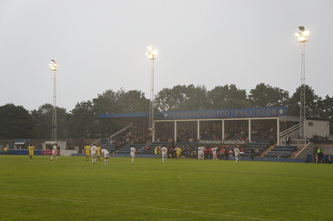 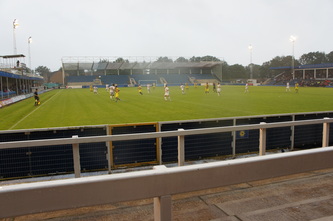 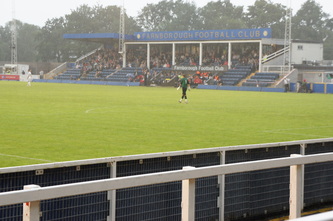 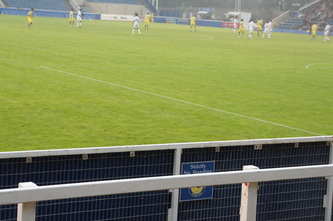 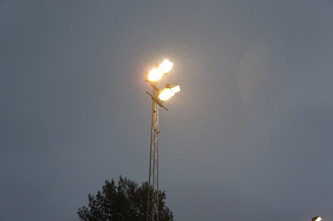 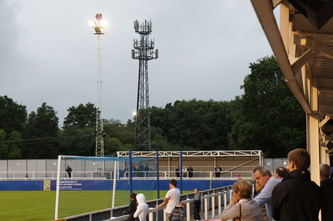 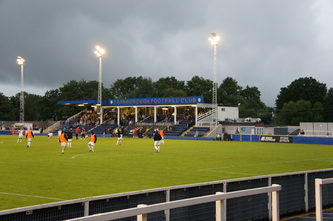 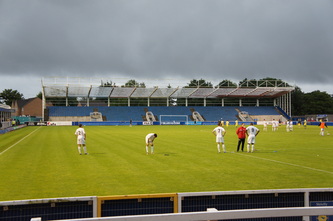 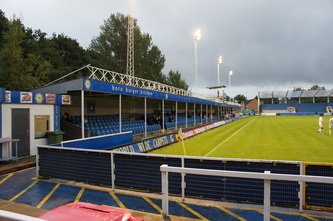 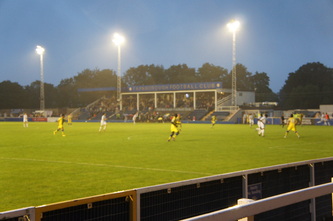 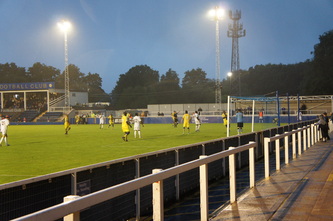 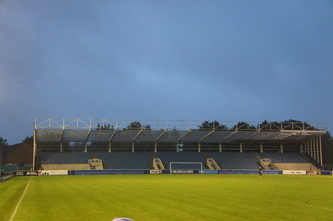 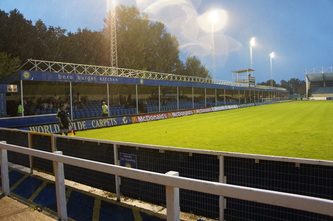 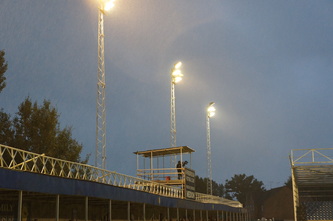 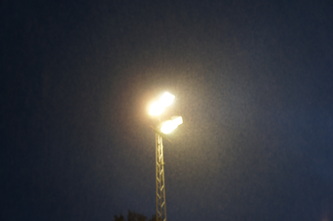 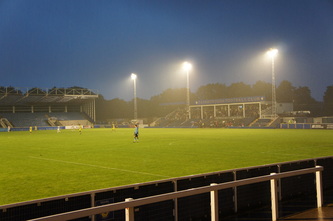 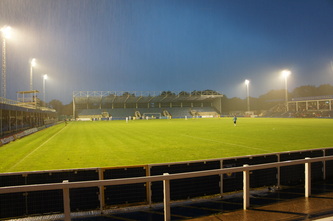 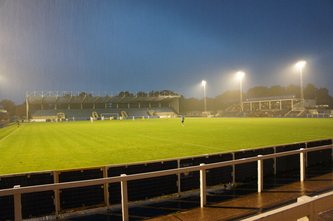 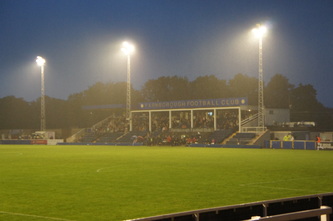 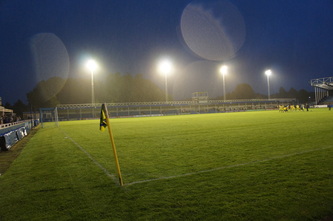 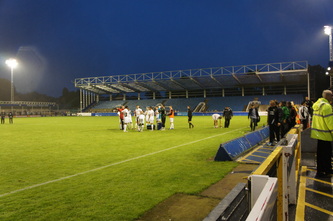