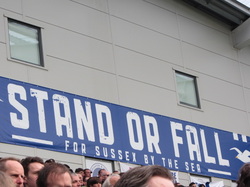 Not long ago I was playing around trying to find one last game to do before the start of my exams and the end of the football league season. Much to my delight the search revealed the Brighton were at home to Wolves, and Falmer was a ground we'd been desperate to get to since its opening in late 2011. I was apprehensive of my chances of getting a ticket, but to my delight there were 12 remaining, so with ticket ordered I was off to Brighton. The journey down was smooth enough, with free train travel within a certain area, until I hit Brighton station. At this point it was into a large queue to await a train to Falmer. I arrived about 45 minutes to kick-off. Any later and I would've missed kick off, although this was to be a record crowd so I can only assume the delays aren't common unless playing someone like Palace or Millwall. As it was 45 minutes may not have been early enough, had the police not have emptied a carriage of people from the back of the queue who stormed the gates to ensure getting to the ground by kick off. I was at the front of the queue so was quite annoyed when I saw this happening, so I guess it was a case of karma that I got on the train.

Once at Falmer station I only had a 400 meter walk to the turnstile, another handy feature. Falmer opened, as mentioned, in the Summer of 2011, after a long legal battle, at an initial cost of £93 million in the small village of Falmer. The move signalled the end of a topsy-turvey few years for the seagulls who ended up with a prolonged stay at the horrific Withdean Stadium. From the outside it is fairly impressive. To keep with requests the ground is built into a hillside so the curved roofs appear to follow the shapes of the Sussex countryside. Inside the ground felt odd, well I think that's how I should describe it, which in retrospect was a refreshing change. The lower section of the ground (including both ends) is a bowl with the corners being filled in with recent renovation works. I found that the rake of the stand was pretty shallow meaning that the view wasn't that great, and despite being near the front I didn't feel that close to the action. There was also the issue of a large gap between the back row and the roof at either end, perhaps the ground would've worked better if, instead of a bowl, the end stands were made steeper to fill more of the room. Saying that the slant of the roof may not make that possible. To my right was the largest stand in the ground in the impressive 3 tiered west stand. Opposite this was the smaller two tiered west stand. While I'd say make the effort to get here, it is again a case of I didn't think it was that great.

In terms of the game it was fairly average, and Wolves were as bad as when I saw them on the first day of the season and on that alone I imagine their relegation to the third division has been deserved over the season. After the game I decided not to hang around too long as it was a case of queuing again before finally getting the train back to Brighton. Small footnote, this turned out to be the record attendance at the Amex highlighting my luck in getting tickets. 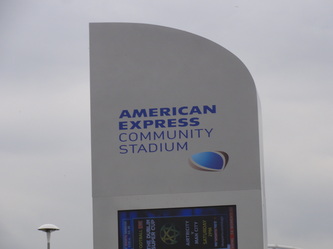 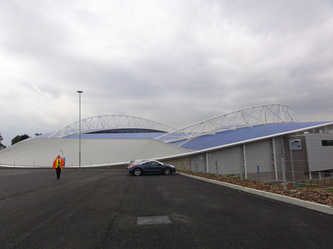 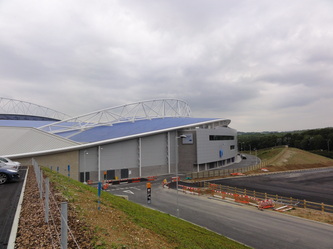 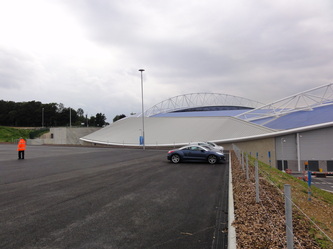 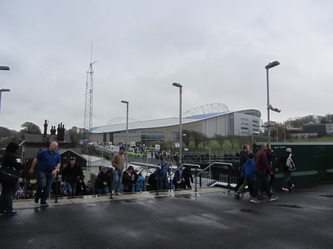 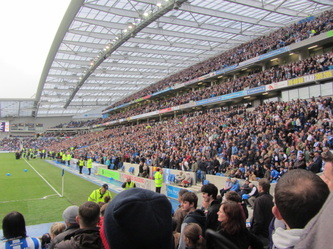 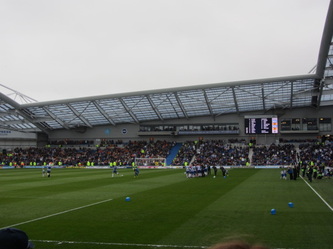 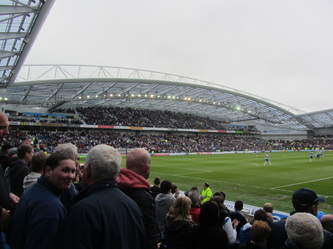 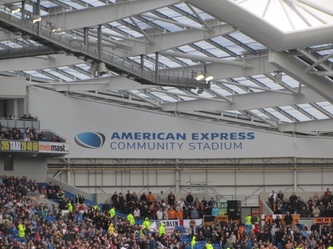 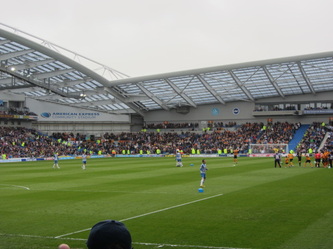 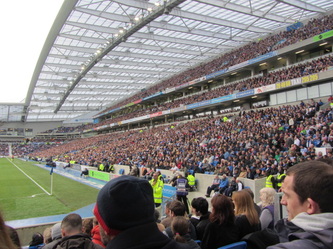 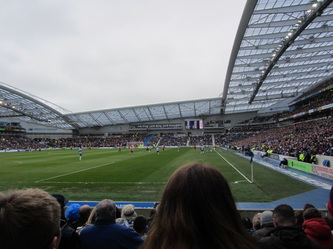 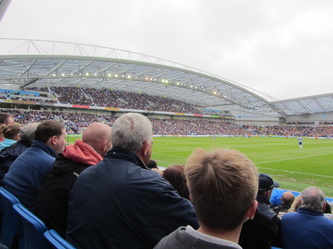 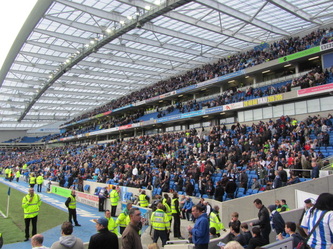 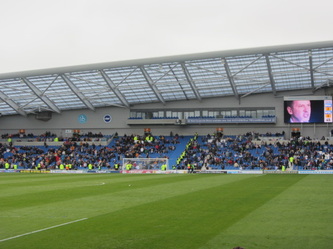 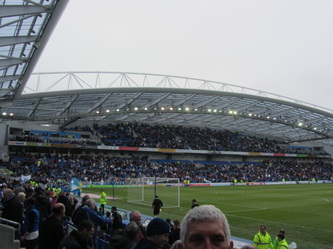 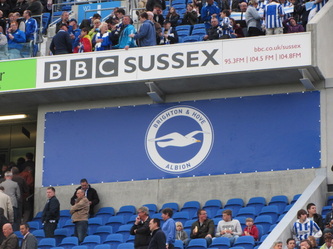 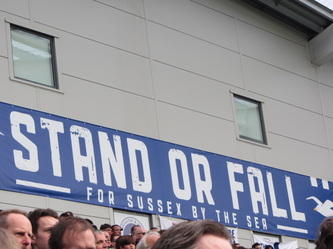 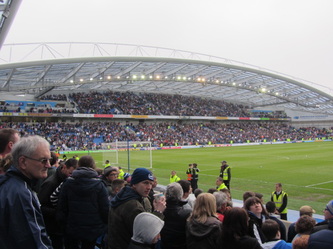 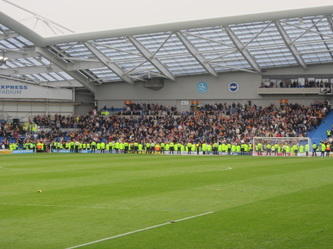 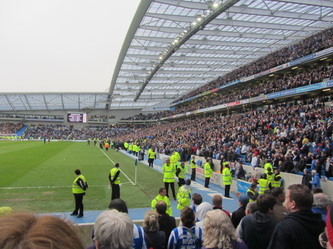 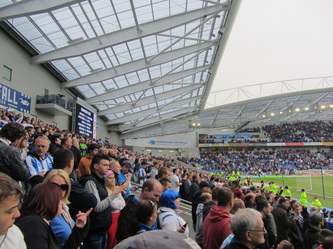