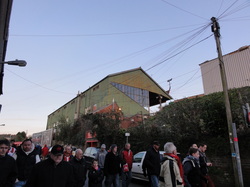 In order to have seen the last time an Aldershot team had beaten Exeter away you would've had to have been at the game in 1955. Yet it will always be a memorable place for all Aldershot fans. There was a sour note in 1999 when an FA Cup second round tie was marred by crowd congestion in the away end. An estimated 1,500 Aldershot fans squeezed onto the St James' road end, much more than was predicted. The game was delayed very early as more and more fans came in. At this time the capacity of the away end was set at just 900. Eventually the game finished with the hosts running out as 2-0 winners. That was to be my first visit to St James park (we had seats in the grandstand) aged 3. A happier moment for Aldershot fans also came in 2008, when after 16 years; a 1-1 draw sealed our return to the football league. Ironically that night we sang "we'll never play you again" but as it turned our Exeter went onto win the Play-offs and the following year were promoted into League 1. Last season they were relegated so we'd get to play them one more time.

Staying at my Grandparents the night before I didn't have to leave until shortly before 2. In no time I was at Exeter central making my way up towards the ground.  Since our last visit there had only been a small change. The away end terrace had been made smaller and more exits installed. The result of this means that you're further from the pitch with a smaller capacity. In order to do this a fence had been installed about half way up. It's a pretty poor uncovered terrace in all honesty; I was glad that it was a lovely day. To the left was the grandstand, dating back to 1926. This runs for about a third of the pitch due to the positioning of the road/railway line just behind it. The roof it held up by number of pillars, and has a large number of floodlights. Opposite is one of my favourite stands in the Football League. The big bank is a large covered terrace with a capacity for 4,000. It opened in 2000 having replaced a previously open terrace.  I remember reading somewhere that the design of this stand allows for conversion to a seated stand, with concourse underneath. I may be mistaken though his is where the "Siege army" stand. Last week I commented on how impressed I was with Middlesbrough's ultras group, but I was very disappointed with Exeter's. I know they're newer but there appeared to be no effort to try and make an atmosphere. . The final side is the newest in the ground having been opened in 2001. This is all seater with a capacity for around 2000. It looked pretty steep, which probably means decent views.

In terms of the game it could quite possibly be the closest we've come to a win in the league for a while. In truth I'm pretty disappointed that we didn't. Aldershot made the better start of the two teams, bossing the game. It was a pretty familiar story, however, in that we couldn't put the ball into the back of the net. The closest that we came in the 90 minutes was when Asa Hall, on his debut, cannoned the ball off the crossbar from pretty close range. Exeter offered very little throughout, the closest they came was a disallowed goal fairly late on for offside. I would write more, but there are now a number of excellent Aldershot focussed blogs out there.

After the game it was pretty simple as I jumped on the train and made my way back. But for the second week running I was left asking "what if?" 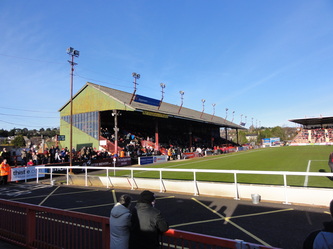 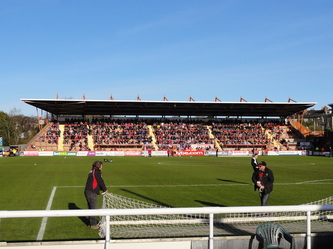 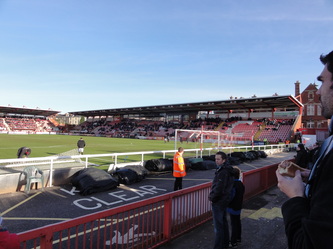 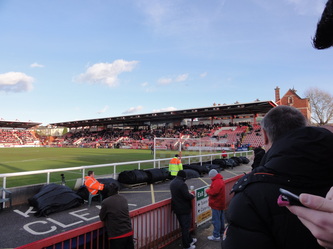 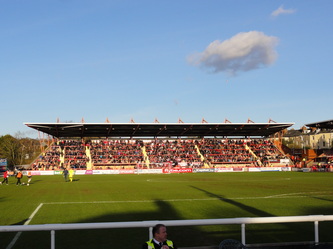 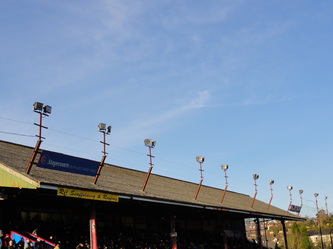 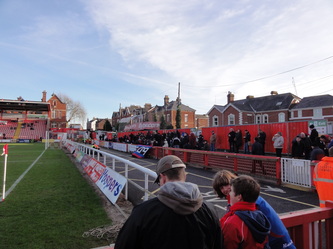 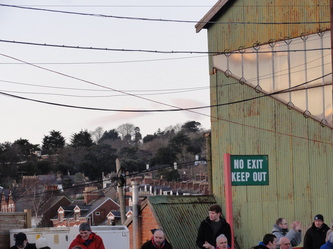 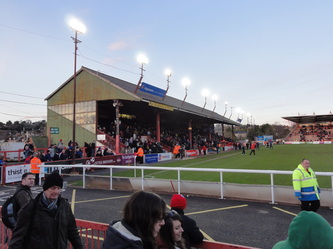 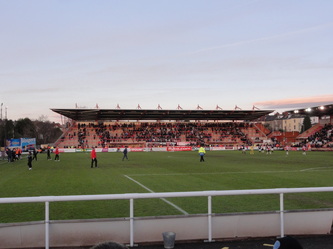 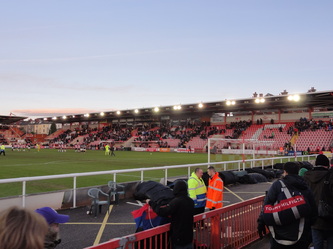 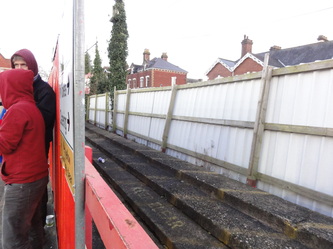 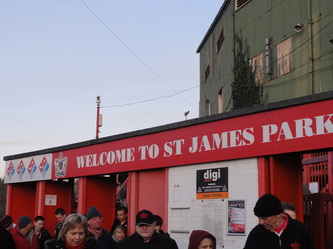 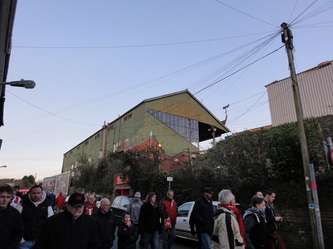