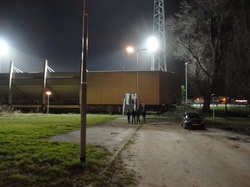 I work in Dordrecht some 15km south of Rotterdam so naturally there is a healthy (?) number of Feijenoord fans in the office. In general they are dismissive of their city neigbours from across the water and some even question whether their prescence in the top flight, in a stadium holding barely 3,500, undermines the Ere Divisie. But let's make one thing clear, these guys are here on merit. This is not a money thing, this is not journeymen 'getting paid', this is a young team who earned their place in the top flight and retained it last season Whilst they will no doubt be returning to the Jupiler League this summer, they will do with their heads held high.
And yes, the ground is small (left shows the entrance to the away end) and the support likewise but let's put this into perspective. In the Netherlands there are only two cities with more than one professional football team and one of the two,  Rotterdam, have three! Excelsior are by far the smallest, but ironically they claimed their promotion with a play off win over Sparta.
So no, even before this demolition of 9-man NAC, it is not fair to describe them as out of place. They earned their place at the top table.
As for the game, this one is on you coach Karelse. I'm a big fan of yours, but even you will have to admit you got the team selection wrong this time. The crowd was given as 3,256 (400 sold out allocation from Breda); it wasn't even close, but I guess you can take a team out of the Jupiler league.....etc :-) 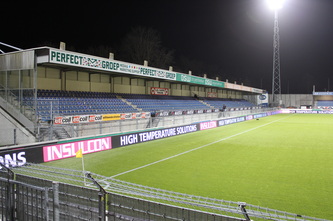 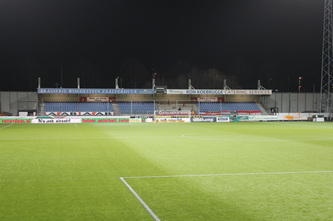 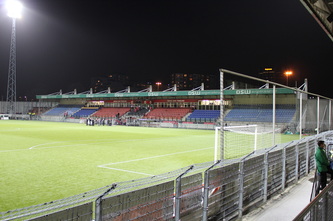 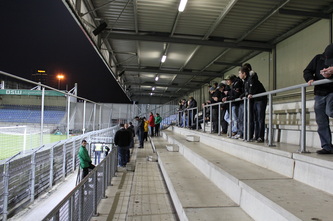 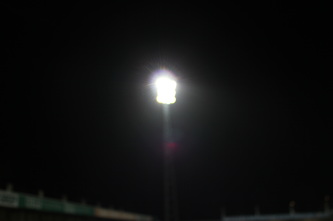 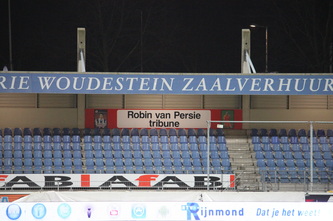 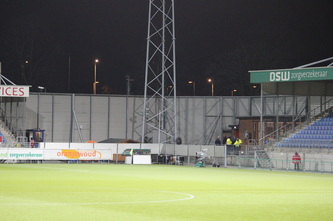 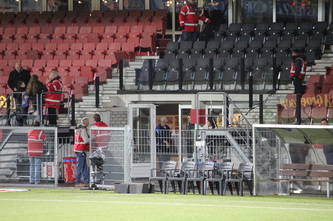 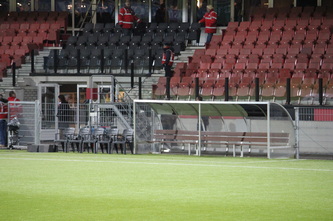 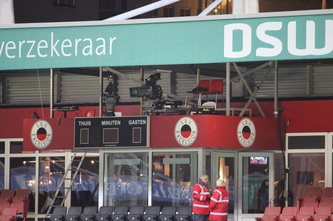 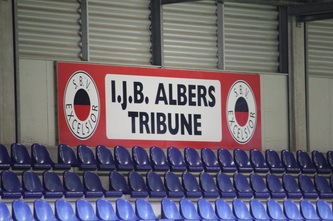 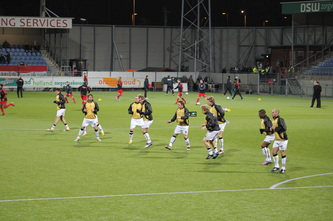 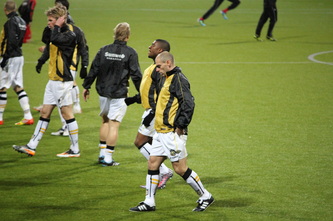 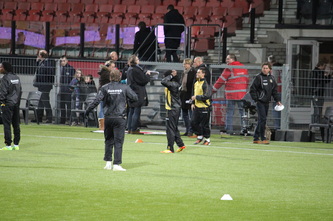 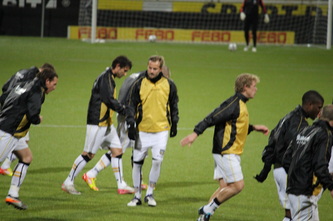 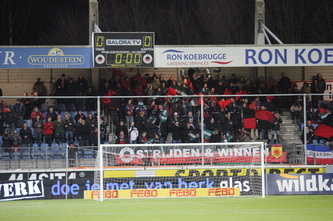 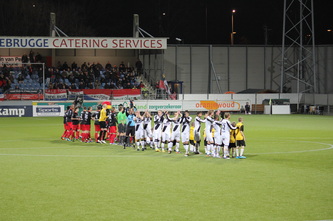 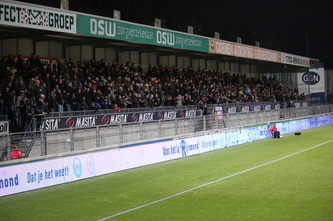 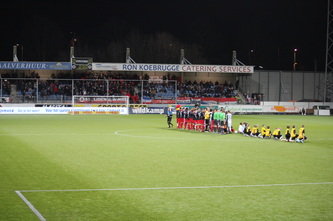 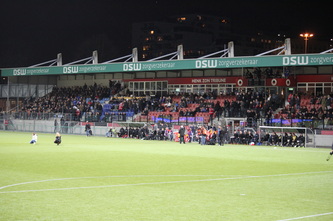 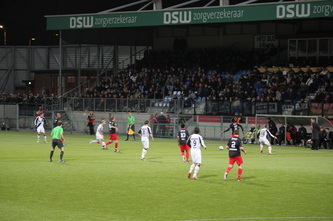 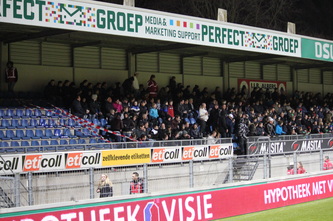 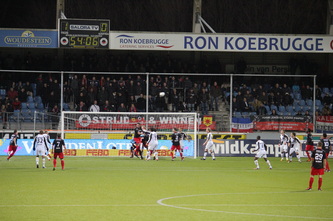 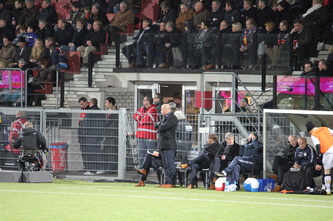 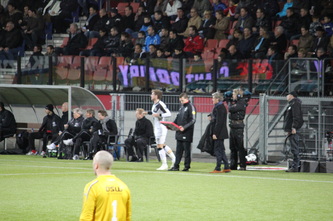 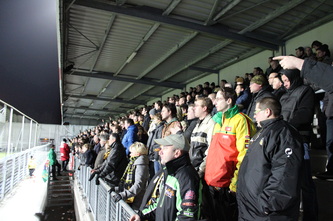