Hoofklasse DOVO is situated on the same complex as GVVV in Veenendaal and share the same car park. So I was more than a little suprised to find that both teams arranged friendlies on the same day (GVVV played Lierse from Belgium) albeit with the GVVV game starting 30 minutes later. Still it did provide the slightly unusual sight of lots of people turning up after 60 minutes then disappearing 15 minutes later, coinciding with half time over the other side of the car park!
The ground is fairly typical, although I thought the main stand was a little larger than most at this level.
The game was far more entertaining that we thought it would be when the away side raced to a 3-0 lead. DOVO fought back well in the second half, only to succumb to a rather fortuitous late goal.
Apologies to Dennis and all at GVVV, we were going to take in the last 30 minutes of your game (which finished 3-0 to the visitors), but we were rather wet and rather cold!! 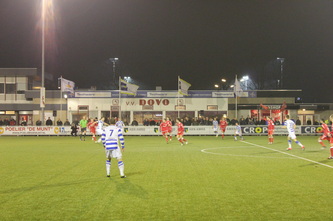 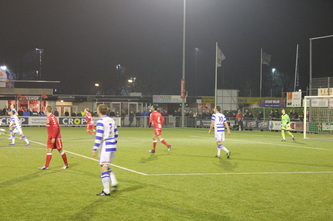 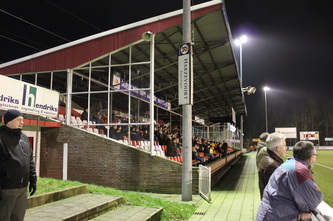 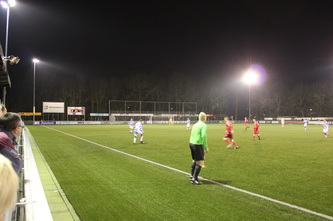 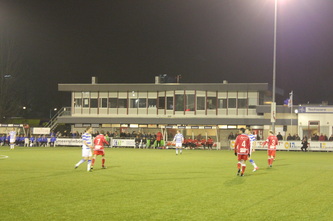 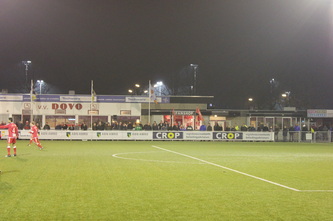 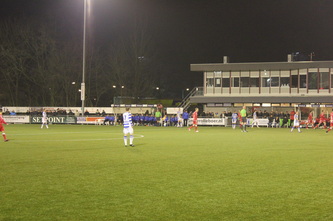 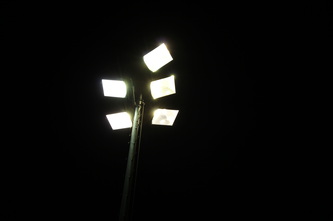 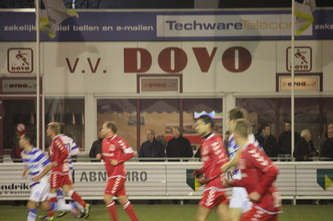 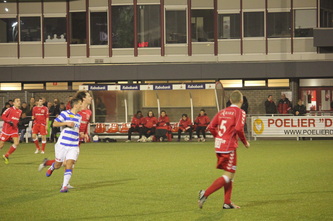 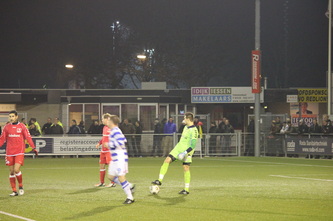 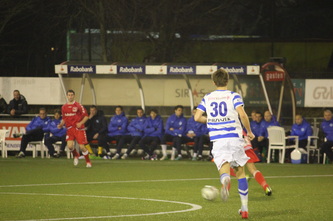 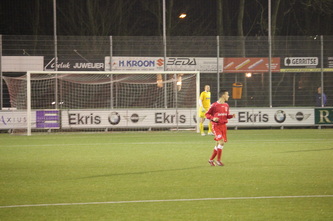 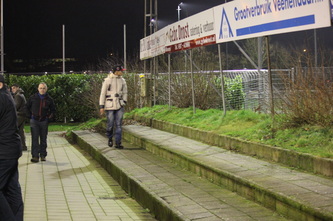 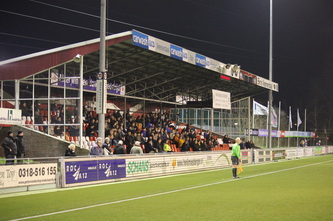 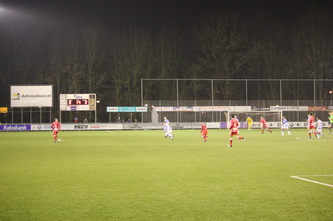 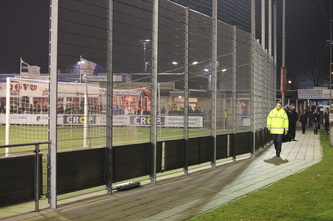 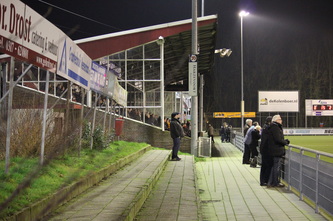 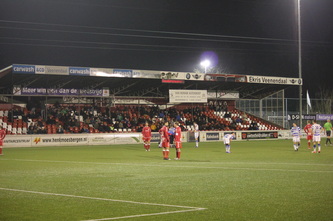 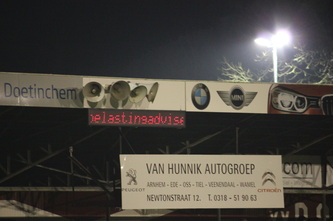 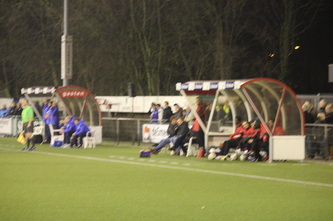 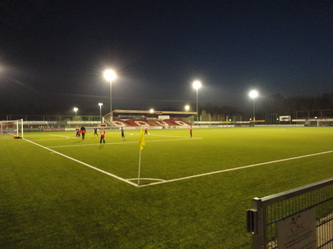 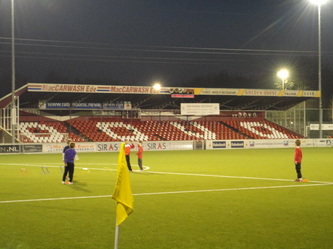 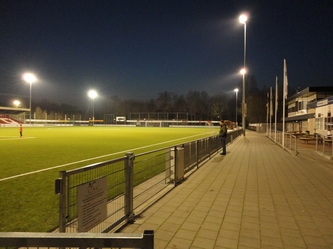