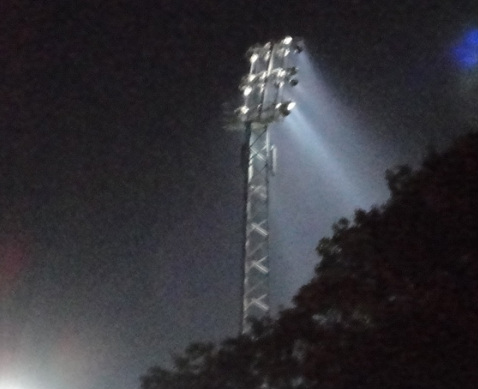 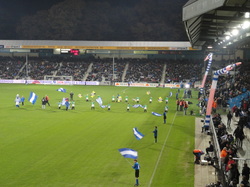 ......or a stadium by its away end, which is just as well as it is shocking. The last two pictures are genuine pictures taken from genuine seats in the away end. So we won't judge it on the away end, we'll do it on the rest of the ground. Well, it has an unusual feature in that part of the roof extends over the benches (left - whether they stay dry I don't know) and errr....umm....that's about it. I been told off recently by the Web master for insufficient pictures, but this time it was really hard to find something of interest to take photos of. A single tier of faded blue seats all round, with the exception of dark blue ones in the main stand, and clearly done on the cheap if the number of pillars is anything to go by.
So what of the location....good? Well, no. Sited on the edge of town, parking is approximately 15 mins away in an industrial estate as the nearby residential area is non parking (more England and Belgium than Holland). Unusually there was no away parking compound, so for the first time as away fans in Holland we mixed with the home fans on the walk to and from the ground. To be honest there was not even a hint of trouble, nearly all the local fans were under 10 or over 40, never seen such a demographic of fans!!! Atmosphere, I guess if there were a lot of away fans you might get some but don't expect much more than clapping and drumming from the home fans.
Featured game De Graafschap 3-1 NAC (21-10-11, shocking performance lads...shocking). 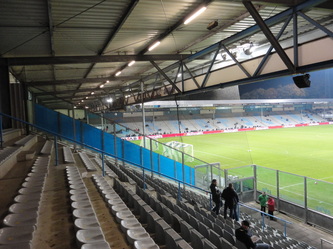 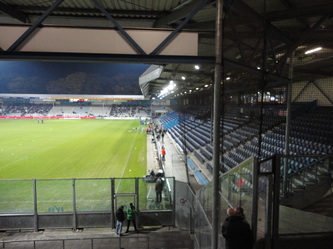 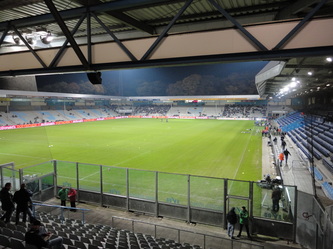 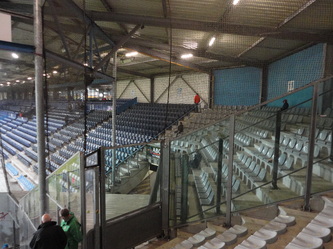 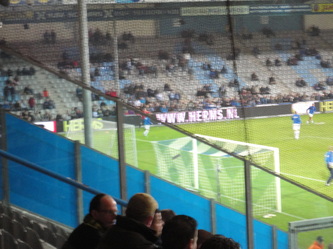 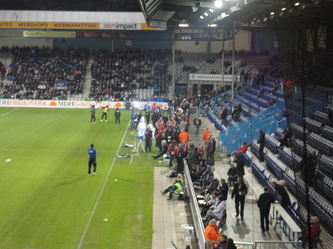 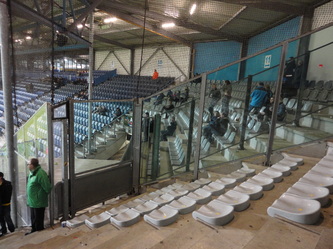 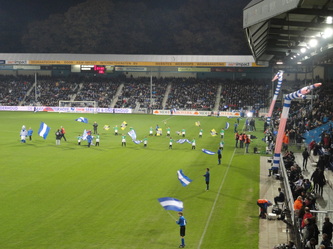 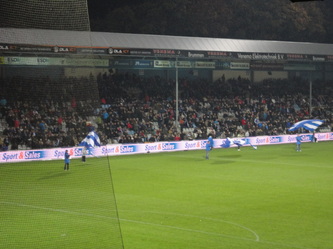 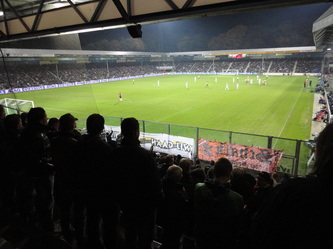 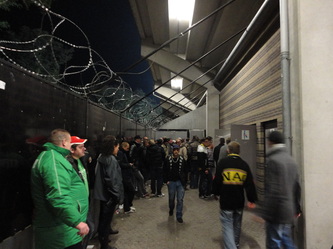 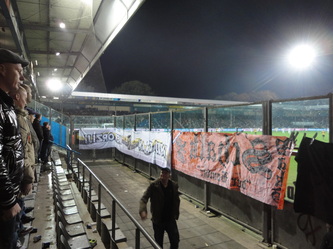 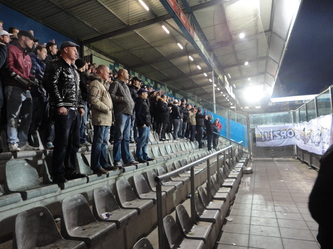 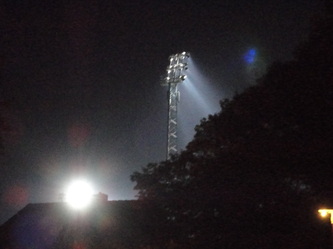 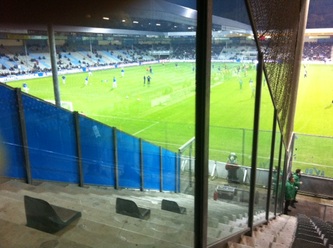 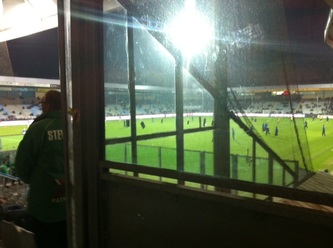