Small ground in a small town to the north of Liege. Fairly non-descript.
Be warned, unless they have been installed since July 2010, they have no floodlights. Therefore Sunday afternoon kickoffs and early midweek games only.
Featured Match CS Vise v MVV pre-season friendly 23-7-10. Spent first 10 minutes completely confused as the fans appeared to be supporting both teams. Eventualy found out that, as only the teams are only 15km apart but separated by a border, there is a tie up between the fans. I remember that MVV had 2 players sent off early on, held on for 0-0 and then the fans ran on the pitch and lit flares. 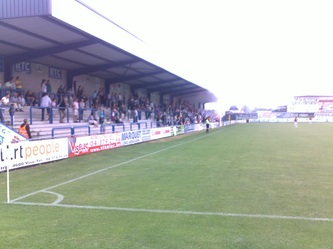 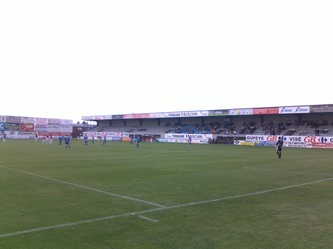 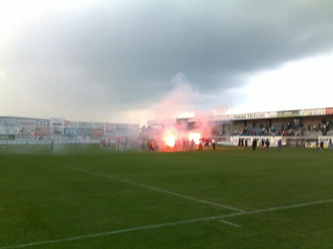 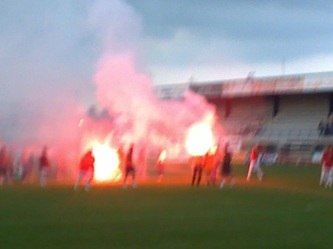