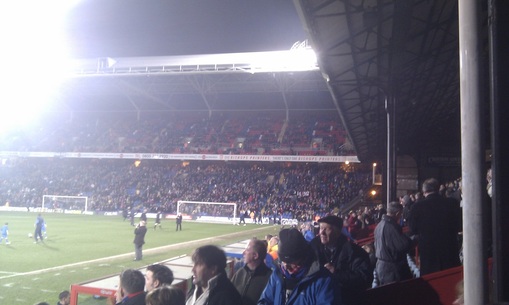 Roaming reporter in the Carling Cup

First thing I noticed was that they had got rid of the huge terrace at one end, large seated stand at the other and put seats in all the way along one side!  I was in the main stand just offset from the away dug out so looking up as it were but nonetheless the ground did actually feel quite small and enclosed.  That may have been added to by the fact that it was full - Cardiff sent some of their allocation back but Eagles took them up.  The main stand is simply amazing.  Proper ironwork and just a mass of seats as all the corporate boxes are behind the goal.  It is a rabbit warren underneath the seats and each section seems to have its own entrance to the seats that does not appear to join up at the back with the other exits.  I always wondered why the changing rooms and offices are still off to one end and in the portakabins and now I know!  Most players would get lost trying to find the pitch otherwise.

Fair play to the Eagles though, they do generate a fair amount of noise when they get going and all round the ground as well.  Again though it was full last night so not sure if it would be the same when only 14k or so in the ground.  Easy ground to get to and from by train mind, served well by 3 stations which take you into London and out the the suburbs and the arch rivals that are the Seagulls.

A football trip for me a the moment would not be complete without sitting next to someone 'interesting' and as I knew the bloke on one side (I had gone with him) the honour this week feel to the lady on my other side.  My friend had warned me about here before the game and on the basis he put me in the seat next to her I figured he was looking forward to a game without her in his ear all night.  I imagine that where I sat was like sitting in the North Stand at the Rec.  Full of people who clearly have supported the team for a long time and are passionate about the club but despite their enthusiasm, loyalty and years of service still seem to have very limited (if any) knowledge of football and what it takes to play the game to a good level.  Last night I had the pleasure of sitting next to an elderly lady who firstly looked like the woman who ran the shop in League of Gentlemen, secondly called all the players by the first names (in full) and thirdly seemed to think that constantly shouting things like.....'whack it up there'...'keep 'em out'.....'boot it in'....'go on run at 'em'...'catch it Julian (Speroni the goalkeeper)' and 'ref you are useless, get off the pitch' actually was helping the players perform better.  She did indeed tell Darren (Ambrose) to 'not fanny about with this one [free kick] Darren, whack it at goal' when he played the free kick that then led to the goal and then proceeded to act very smug when he did and they scored.  Thanks Darren!  How Dougie Freedman does not have her on his coaching staff I will never now.  Like I said, reminded of what I imagine the North Bank at the Rec to be like....everyone a manager ;-)
Good ground though, defintely worth a trip.re to edit. 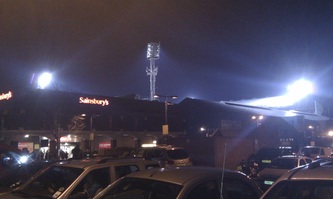 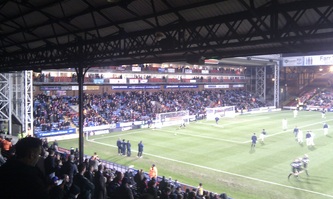 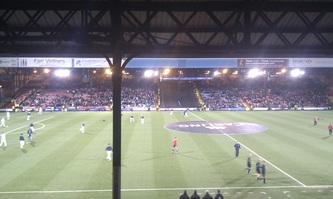 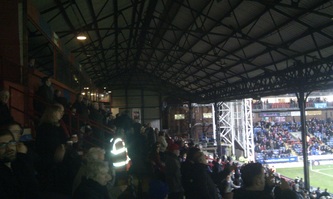 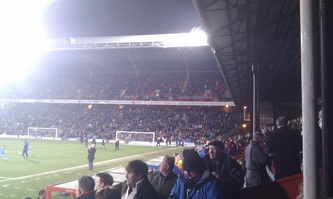 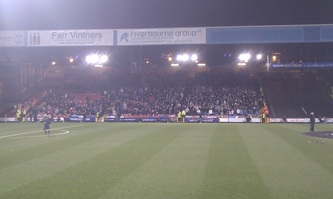 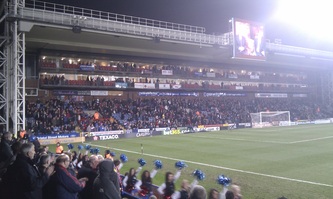 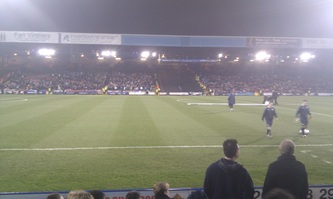 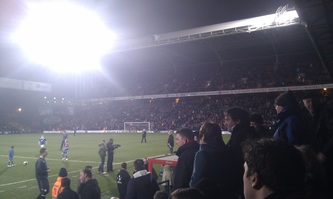