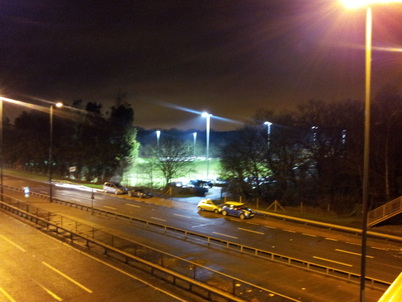 And back to a night with 90 minutes of football 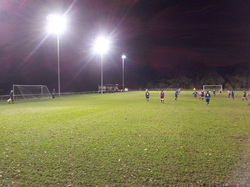 This was a last minute decision and I had already convinced myself that if the M25 was busy at the M3 junction then I would turn around and go back as I could not take another night of groundhopping disappointment after the Wantage/Oxford City round trip last night.  Thankfully all was clear and in no time at all I found Colliers Wood United FC.  This is the first thing you need to know about this place.  It is the easiest in the world to find.  Directions...drive towards London on the A3.  That's it!  Colliers Wood also has two other claims to fame.  One (that they advertise) is that it is one of the oldest clubs in the country - founded in 1874 (they moved to the current Wibbandune ground in 1991).  The second (which I have bestowed upon them) is that they have possibly the smallest front line I have ever seen at competitive level.  This is down to Jimmy Davies who is also the current captain.  That said he is probably one of their better players and as he kept the ball on the ground never had to worry about his huge height disadvantage.

The ground is a classic category F for Step 5.  Lifeblood is the clubhouse (and it is a good one that doubles both as the food bar (proper Bovril in a mug WITH a handle so no fears of spillage!) and as the changing rooms....the gents toilets also appeared to be the shower room for the home team!?  Uncommon for this level is that they have two exits for the teams, one at one end for away and the home team come via the front of the building.  Nice touch.  They have a path all the way round and have the standard 4/5 row deep stand and a tiny bit of covered terrace.  What is interesting about both of these though is that they both seem in unusual places.  Both offset from centre towards the same goal.  However it is soon obvious to see why.  On the seated side if they put it in the middle then the large (second pitch) off to the back of the ground would not fit and the terrace could not go at either end as one is rammed up against woods and the other the A3!  There is also a nice little standing area between the dugouts with cover from the clubhouse with tables for drinks....all very non league and wondefully civilised.  That brings you to the A3.....it may help you find the ground easily but even on a damp, mild January night it is busy and noisy.  One the rare occassion no cars were passing you realised just how quite and nice this place could be to watch football.

The game...well after two grounds, 15 minutes of football and no goals last night, hats off and big thanks to both teams here.  To Colliers Wood for always looking to attack and get at Farnham, to Colliers Wood's defence for some terrific lapses in concentration and to Farnham Town's front men for taking full advantage.  Sometimes scorelines do lie a bit but tonight was not one of them.  Farnham had very few attacks or shots but made them all count.  Colliers Wood had far more of the play and shots but didn't.  Take your chances or you are going down Colliers Wood! 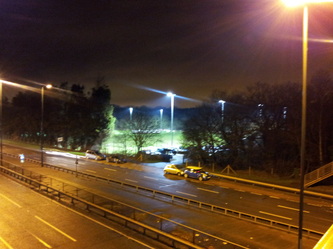 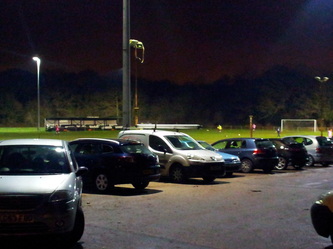 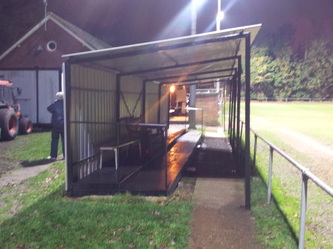 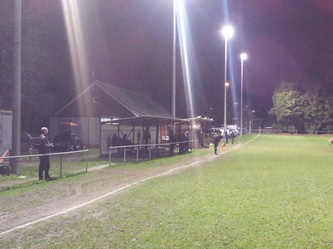 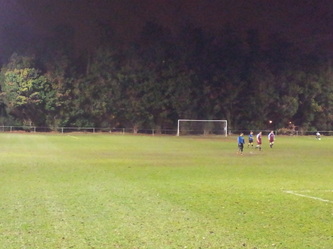 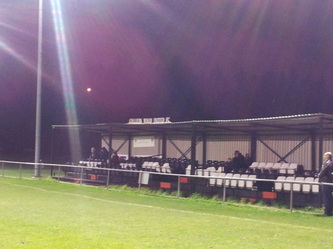 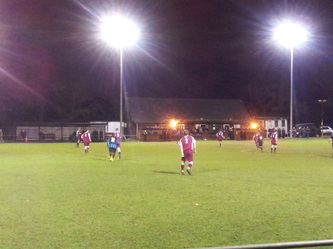 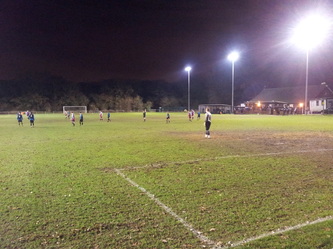 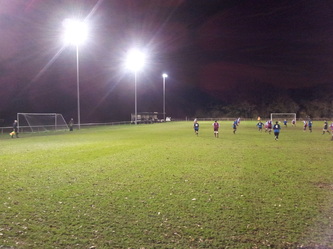 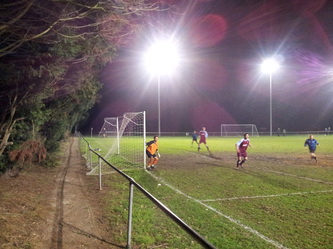 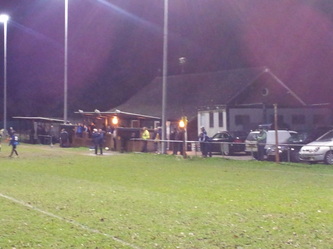