Return of the camera 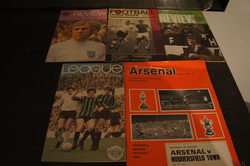 Hardenhuish, or if you want to know how to pronounce it correctly 'harnish' park was the destination for this Tuesday's Non-league action. The FA vase was unkind and the only other game of interest was Harlow, so it was off down the M4 for the first time in what felt like ages to tick a ground in the borders of the west country. Or is it? it could be quite a while into the west country, we were near Bath after all, but this lack of geographical knowledge wasn't the worst of our problems, as when we got into Chippenham we couldn't find the ground. Not the best situation to be in 10 minutes before kick off, but this time we have an excuse. Any of you that has had the delight of travelling down the Bristol road will know there are about 6 sets of floodlights, so we couldn't follow them to the ground, in the end we found a sign and parked up in a small car park at the bottom of the hill.

Trudging up the hill in the dark we failed to spot a path, but that wasn't our fault again. We decided to follow a local who happened to forget about the path as I'm fairly sure I saw him going down it after the game. I approached the Turnstile and surprise, surprise, no student price was being shown, even though the whole block was covered top to bottom with signs saying "student ID must be shown." Great I thought, one time I don't come straight from College I can get a discount rate. Anyway I told the guy I had forgotten my ID and his reply was "I shouldn't be letting you in but that's £5 please." Hold on. I shouldn't be allowed in? Surely I should've been charged the full £9? No. I wouldn't have been allowed in, makes sense!

We found a spot on the terrace and I got out my camera for some photo's. This game saw the return of my NEX, and boy have I missed it. The Display and the ease of use compared to my compact camera/phone was wonderful, the one problem is that it handles sports shots awfully with the foreground image becoming blurred, although I guess I won't overcome this issue with taking maths over photography, although I'm fairly certain as to which one I would enjoy more, particularly as it would mean going to football as part of my homework, but I can't change that now. I have to admit we were both thoroughly impressed with the ground, particularly upon finding out the highest level that Chippenham had played in was their current division, the Southern Premier League. Which we have established is called the Evo-stick league, not the Zamaretto or British gas league as we had debated at North Greenford united the other week. The first thing you notice upon arriving at this ground is the slope from corner to corner. This is demonstrated in the "stepped" roofing of the terrace that runs along one side. Behind either goal are decent sized terraces, one end being covered, although I did have to wonder why there was the need for so many crash barriers. The main side featured small strips of terracing (including an away end! (shown in picture 14) either side of the main stand. This was split into three sections. Firstly the original building, an oddly shaped structure with a forward slanting roof, held up by several pillars. On the upper level of this is a clubhouse with a decent view over the pitch, and is certainly the closest I'll ever get to being in an executive box. To the left of this structure was a modern looking extension with a cantilevered roof and to the right was a smaller version of the away seating at underhill. Also on this side was the shop (more to come) and the stadium control room. I'm not sure why Chippenham Town feel the need to have a stadium control room, but they have one. A very bizarre addition.

As mentioned in the opening paragraph, we were running on a fine line to get in on time, going through the turnstile as they kicked off. Chippenham were kicking down the slope first half and this meant the adoption of a kick and chase routine, well we were in Rugby territory! needless to say it didn't work due to the slickness of the pitch, although they did have the majority of possession in the opening encounters. It was Paulton that broke the deadlock fairly early on. A good move down the left hand side saw Ben Lacey break free to cross the ball in, near post, that was met by the head of James Billing. The rest of the half was spent with Paulton defending long punts from the Chippenham back four, not realising which code of football they should be playing. Because of all this, their possession was as useful as a chocolate teapot. They were made to pay in the 33rd minute when a move down the right once again found James Billing, he played the ball across to Ben Osman who then placed the ball into the opposite corner past Ben John in the home teams net. He was perhaps a tad unlucky not to save it as the ball ricocheted in off his leg into the net.

The half time whistle went and we went over to see what the windows in the main stand were for. Turns out they hid the best positioned clubhouse in the country. With a decent view over the pitch and 4 TV's, it was here that we spent the rest of our Half time. On Twitter people were raging other the Poland v England game and I wanted to see if people were exaggerating. Turns out they weren't and we had a chuckle at the images we were seeing. Firstly at the two people that had invaded the pitch purely to belly slide in one of the many puddles formed on the pitch and then again at the referee coming out for the pitch inspection. This is despite it being quite clear to us the game wouldn't be going ahead, a whole 1,801km from Warsaw, or 1,946 if we were to use the A2 in addition to the A4.

We noticed the players coming back out and we made our way our way out to avoid missing too much of the second half, although we failed at this. Deciding to take in the action from the top of the hill second half we found ourselves walking past the decent sized shop and we decided to have a quick look, in truth we spent about 10 minutes in it. You can't really blame us if you were there. There were hundreds upon hundreds of programmes, books and football league reviews that we were browsing through. I really can't give enough credit to whoever runs this shop because they do a fantastic job. All the programmes were in alphabetical order and neatly set out. In the end I purchased 4 copies of Football League Review (oldest dating to 1967) and a programme from Arsenal v Huddersfield in 197something because of the photo's within them. They only cost me £1.

We had to stop ourselves from browsing to watch what remained of the second half. Fairly shortly after Chippenham had thought they'd pulled a goal back when a corner was dropped the visiting goalie and tapped in home by Clayton Fortune (ex-Aldershot) but the goal was ruled out for a foul on the goalie. Truth be told, and you could see it from his face, the goalie was very lucky. No one would've moaned if the goal stood. It was then Paulton's turn to try and extend their lead late on when they were awarded a penalty when their man went down under a challenge in the area. Craig Loxton went up to take it. Hit it as hard as he could. But the goalie had the better of him and got down well to palm the ball to safety. They didn't have to wait long to get their third, however, as shortly after Rovers had won a free kick. Ben Osman curled the ball into the far post where Dan Cleverley was stood to head the ball home.

A decent win for Rovers, but you could argue that Chippenham had their eye on their FA Cup 4th qualifier against Gloucester. The subsequently went on to lose this 1-0. 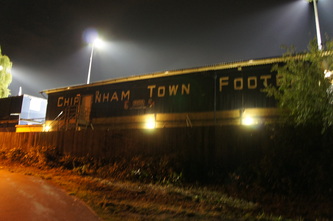 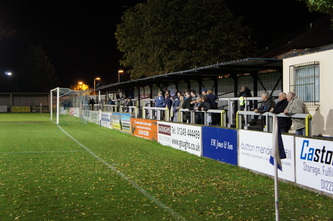 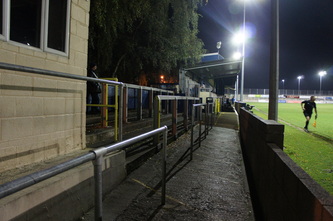 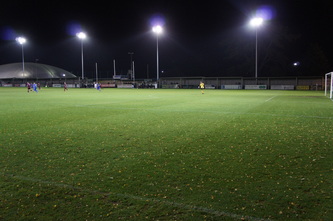 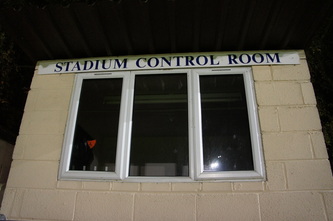 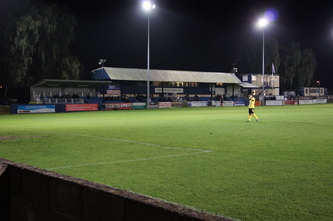 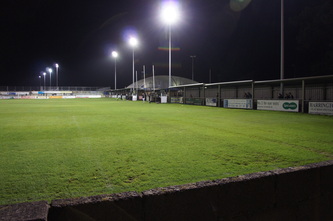 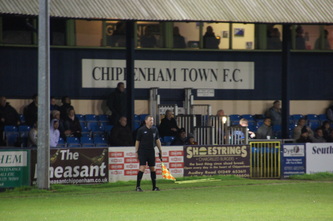 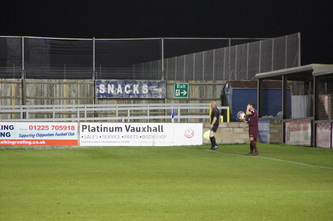 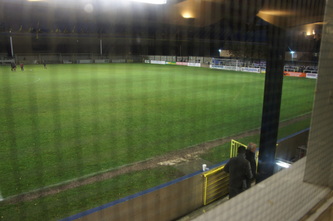 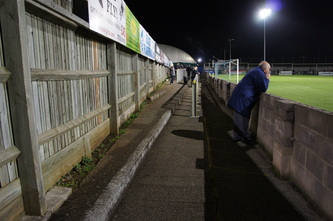 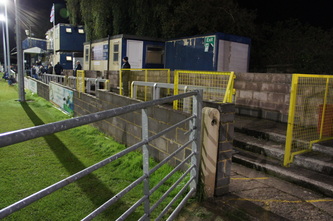 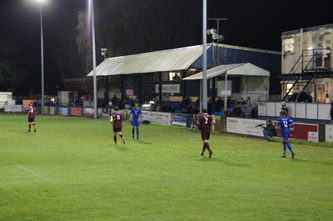 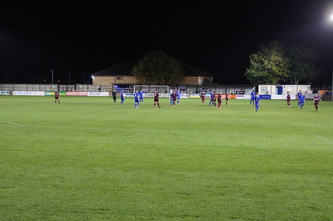 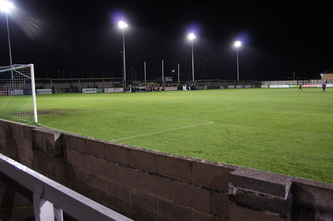