A spring miracle: Sun and goals!

In a chance to gain a much needed break from both revision and watching Aldershot it was off to watch what would arguably be the best Non-league game I have seen this season, even if it wasn't the best of grounds. After departing Egham I was in Slough within no time, via Subway for dinner, and waiting for the RR. It was a welcome change to be stood in just the one layer, and the glorious weather was perhaps a sign for things to come. Before long I was in the car and we were on our way to Chessington.

As most of you may be aware Chessington isn't much more than the nearby Theme Park and zoo, but I was unaware of this, so I guess it comes as no surprise that on our first attempt to find the ground we ended up in the car park of one of the local hotels. After a quick turnaround we were soon pulling into the car park for the ground. The first comment to be said between us was "well this is a bit rubbish". It really wasn't the best of grounds, with the car park resembling a scrapyard almost. You make your approach to the ground via a small walkway (pic 1) and squeeze through what seem like makeshift turnstiles to reach pitch side. This end contains the only covered standing in the ground. A ramshackle raised step that looks like it's about to give in. The other 3 sides are predominately hard standing save for the small arena stand perched awkwardly close to half way. Beyond the far end is a number of junior pitches. The clubhouse and tunnel are located in the corner next to the covered standing. A bizarre mix of developments that can be seen in pictures 9 through 13.

In terms of the game I called the correct winner (after their impressive performance against Wembley the other week) just I didn't expect the scoreline to be as great. Although Egham proved exactly why they're league leaders. It's a case of I can't be bothered to describe the goals again, but there were 5 different goalscorers, with Read gaining a hat trick. The pick of the bunch was the 8th scored by Jacob Lambe with a sublime volley from 25 yards which had everyone in the ground scoring. We were somewhat surprised Chessington scored as they didn't offer a lot, but I was even more shocked to learn that they recently beat Guernsey (the only team who can catch Egham and whom we're watching next week). Egham's forward 3 are definitely one's to look into if any scouts read this blog. 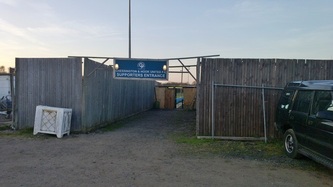 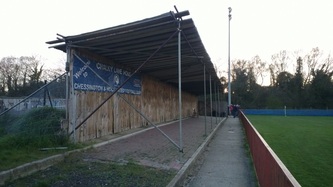 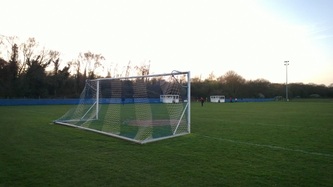 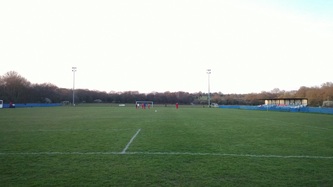 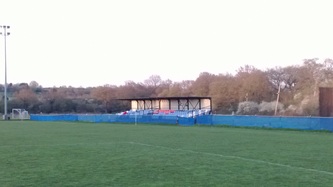 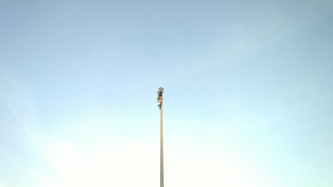 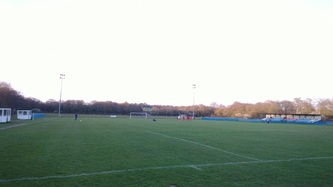 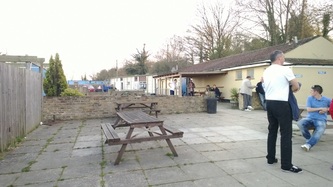 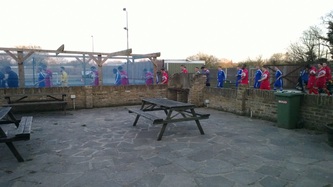 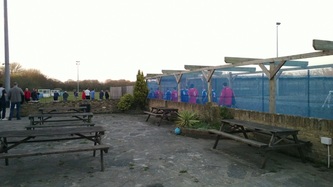 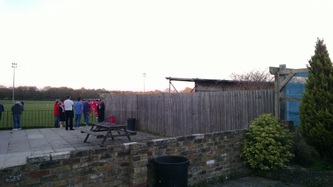 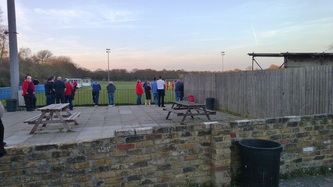 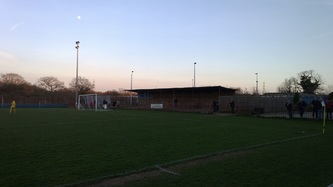 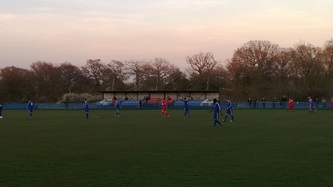 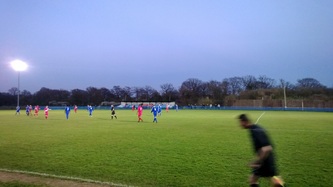 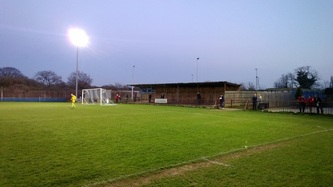 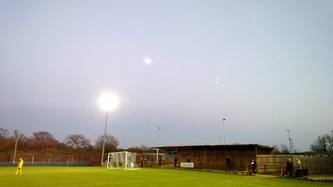 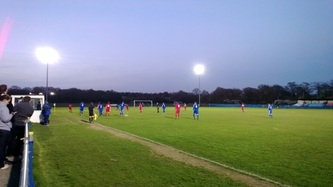 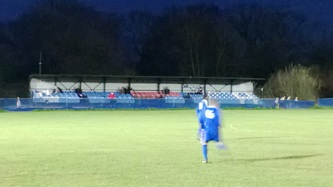 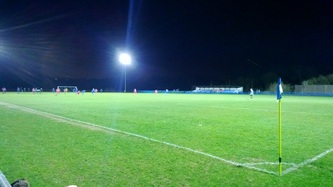