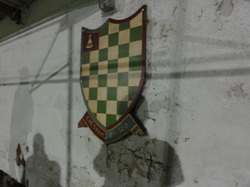 Despite watching a lot of FA cup action so far this season I can't remember visiting a single FA trophy game this year, so it was time to make amends for this and make it to Chesham for their FA trophy 3rd qualifying round game versus Canvey Island. On the way there we passed by Holloway's park, home of Beaconsfield and Slough, the latter playing Mansfield Town in a first round replay. Not relevant to the blog, but I felt I may as well add it. Chesham is a ground that I couldn't remember visiting and Gareth wasn't sure if he had visited so we were viewing it as a new ground because we had no memories of it. The ground is easy to miss as you head into the town centre as the entrance is tight off the roundabout. Luckily parking was fairly easy, albeit muddy.

Even if we had been before , neither of us were moaning because of the sheer character the place has. all four sides have decent sized terraces and cover. The only moan I can have about these were that one end was an arena terrace. Nothing wrong with them, as with their seating units, they get the job done. It's just that you'll be lucky to find a Non-League ground that doesn't have them now days. Even Aldershot are getting one. As you enter the ground you are walking head on to the main side. I guess I can call the terrace a paddock as it is positioned in front of the seated stand? This stand holds around 150 and is split in the middle by the players walkway. As you follow the terrace round you come to the far end. This is 4 steps (bare in mind the steps at this ground are huge) with a roof covering the middle section. You follow the steps round some more and you get along the other side. This consists of around 6 steps and has cover stretching across. A nice touch was the wooden crest hung up on the back wall. The final end was the one with the aforementioned arena terrace. In front of it was 3 original steps of terracing along with what looked like concrete tree stumps behind them. The ground also has a smart clubhouse with the big screen being visible from the terrace. For this evenings game it meant we could keep an eye on the Braintree FAC game.

In terms of the game, Canvey had the opening chance after 15 minutes when a volley from the edge of the area crawled narrowly wide. They nearly scored minutes later when there was confusion between keeper and defender with the attacker taking advantage to head the ball away from the keeper towards the net. Again going just wide. Chesham tested the keeper for the first time in the game after 25 minutes with a long shot saved well after a slight deflection. Canvey took the lead in the 31st minute with a turn and shot from number 9 Bradley Woods-Garness, via both posts.

Chesham's number 10 hit the crossbar 9 minutes in the second half, it was then that we began to believe that Chesham were going to get something from the game, helped by the slope. They got what their pressure deserved in the 70th minute. Number 10 made a run in from the left. He got the ball, although their was a slight suspicion of handball in his controlling of the ball. He continued to run along the goal line until about 7 yards from goal. He passed the ball back to the number 8 who only needed to tap the ball in from close range to equalise. Canvey's best chance of the second half fell fairly late on. The ball fell to a player (I couldn't pick up the number) who lined up an Overhead which rattled off the crossbar. The impressive number 10 provided the winner in a similar fashion to the first goal. This time the blame can be placed on the visiting goalie who flapped at the chance of stopping the ball rolling to the back post.

We were relieved that the winner went in, not because the game wasn't enjoyable, we just didn't want to be too late. Due to the proximity of the parking we were out of the ground barely two minutes after the final after an enjoyable evening. Oh and one final thing, if you're a fan of Instagram I succumbed and registered, so if you want to see my lazy attempts at photo editing give us a follow; Groundhopping_Dan! I will try and follow back. 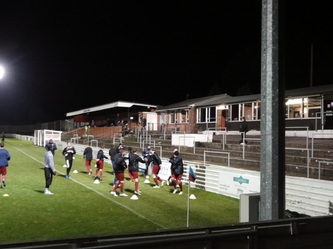 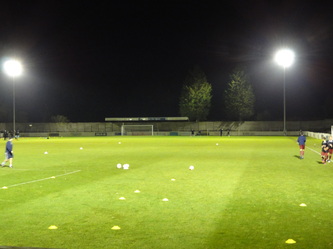 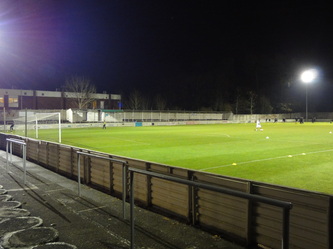 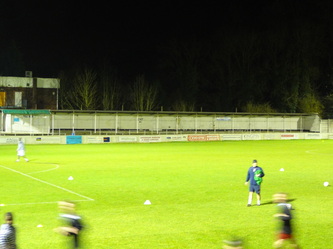 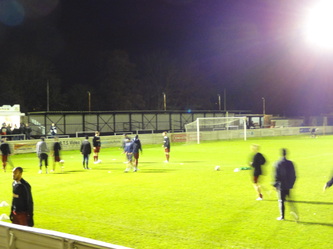 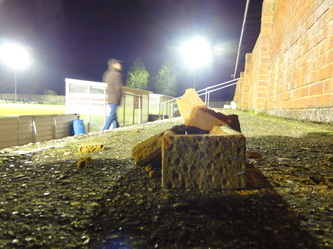 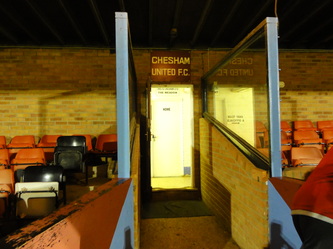 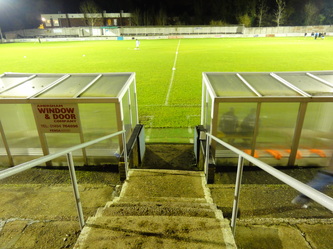 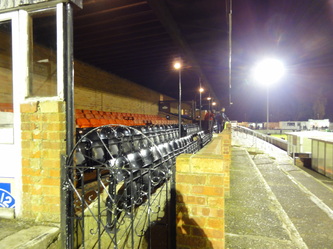 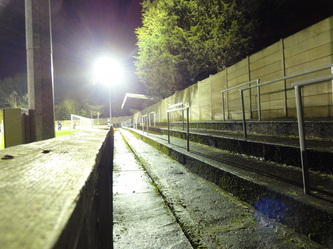 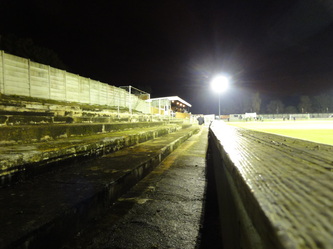 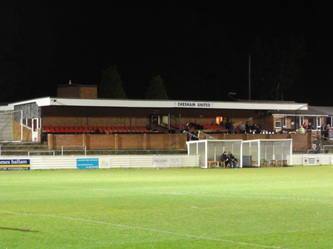 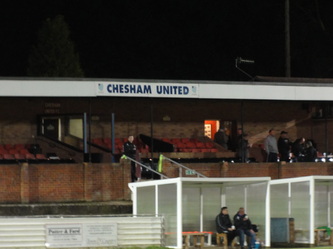 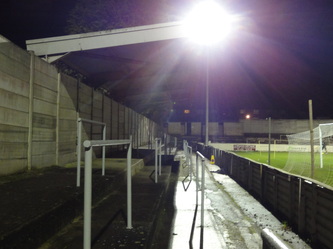 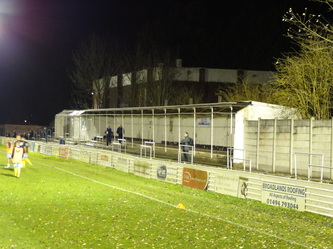 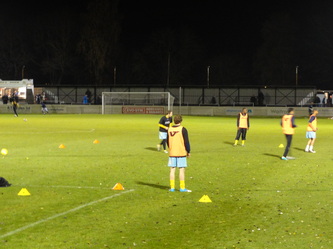 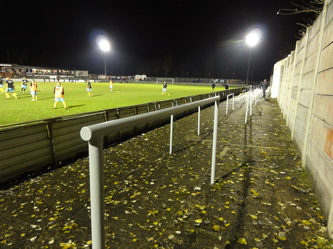 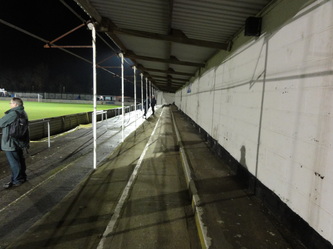 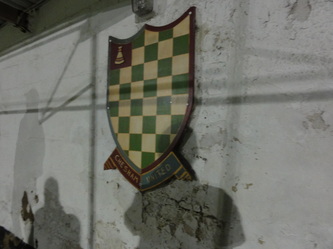 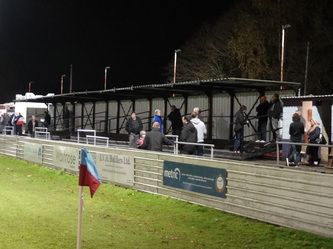 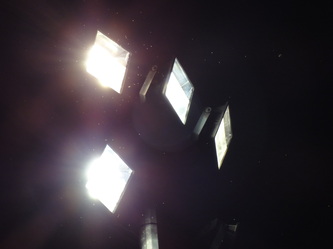 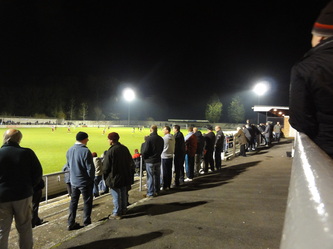 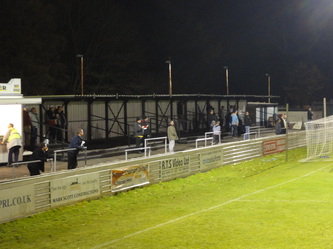 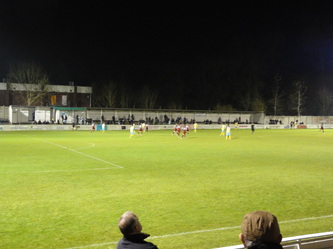 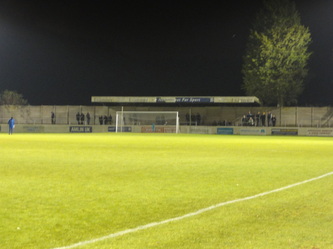 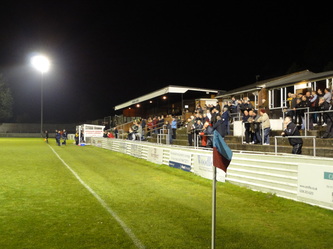 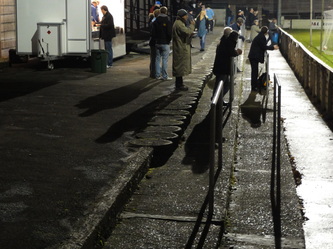 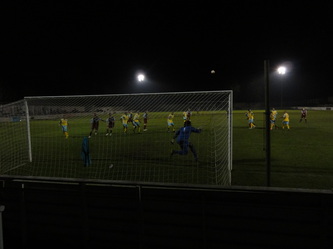 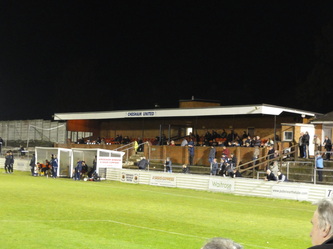