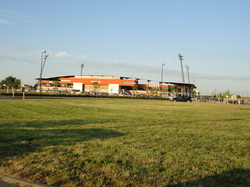 Despite it's name this is the football team.
I recently went to Boulogne, a second division team playing in a converted athletics stadium in front of 10 thousand fans. Meanwhile, 40 km up the coast, Calais play in the fourth tier of French football in front of 500 fans in a 12,000 seater new stadium that cost 22m Euro to build in 2008. Something is not quite right.
The stadium isn't too bad as a new build goes, although (as shown) there are some seats with little in the way of a view of the pitch! That said, most seats we covered in dust so a few obstructed views isn't a problem.
Game was a double bonus, unscheduled and we got free tickets!!!
Calais 3-1 Prix Les Mezieres (21/5/11) 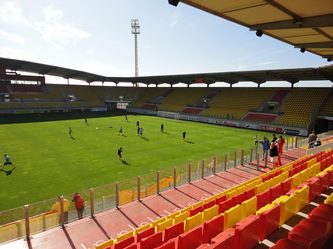 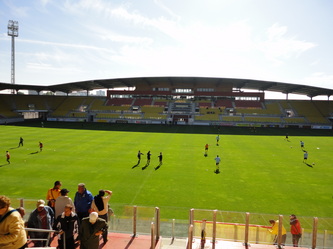 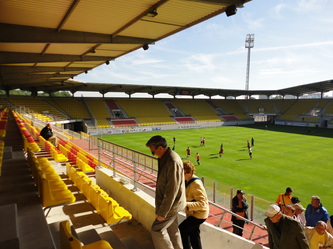 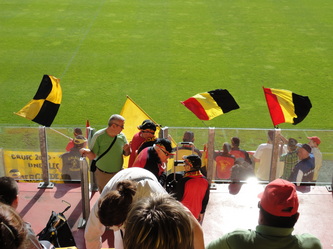 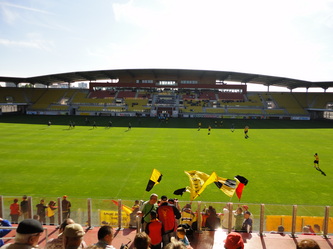 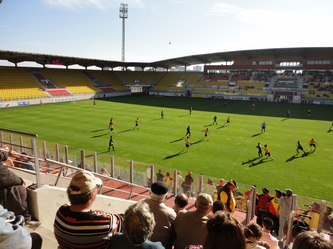 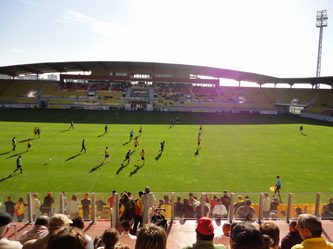 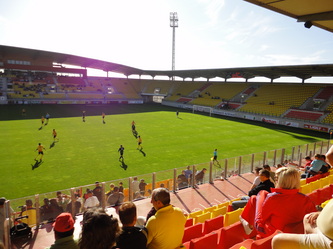 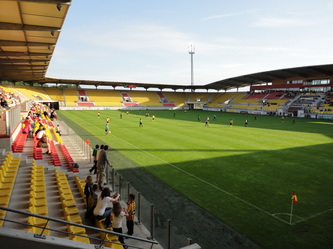 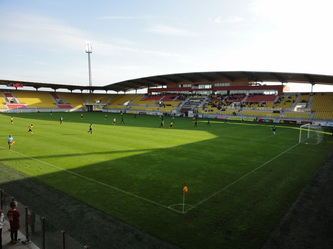 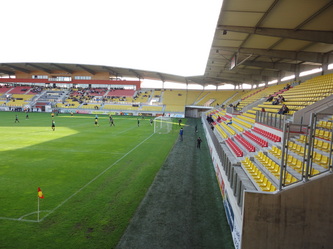 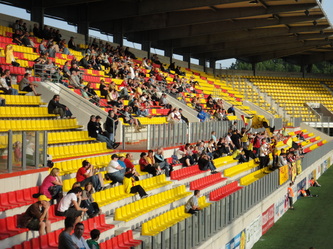 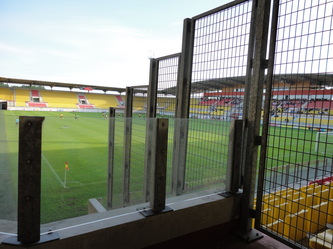 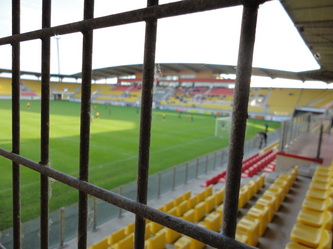 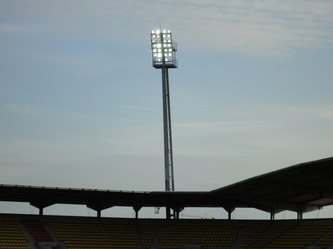 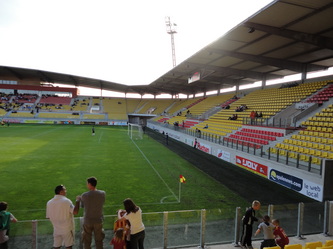 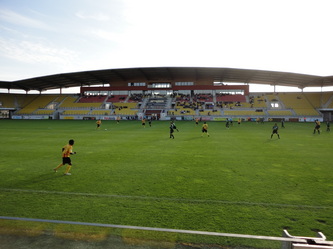 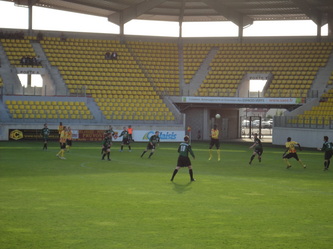 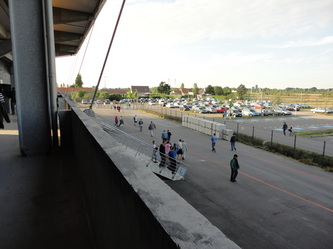 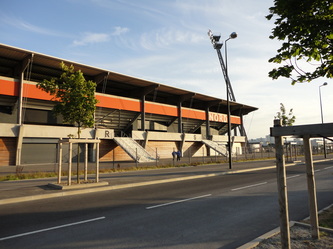