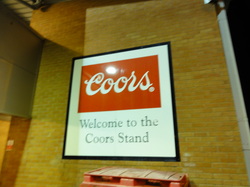 After the disappointment of not gaining all three points on the Saturday we headed into a game that few anticipated that we'd win. Burton were riding high in the league and Aldershot were a team rather depleted with a lack of confidence. Dani Lopez had provided some relief with a promising display against Wimbledon and bagged a goal. It would be him that provided the relief for the hardy number of us that went.

Tuesday's at College usually signify doing absolutely nothing. I have 3 lessons and one of them isn't even a lesson, so the 4 or so hours between the two proper lessons were spent waiting in anticipation to finally head up north. When it did finally finish it was off to meet the RR at the station before we headed up to Burton. Arriving with a bit of time to spare we took a drive over to have a look at St George's park which has been built "nearby." It was pretty impressive from the few bits we saw.

The ground has been documented in other reports in our visit to this ground. Suitable for purpose, even if rather bland. I always get the opinion of it being half complete. The lack of progress in the years since our first visit seems to suggest that it is, indeed, complete. 3 sides are similar sized terraces, the main stand being seats with a row of executive boxes positioned at the back. Parking is easy enough, there is a small car park across the road from the away end. I think we paid something like £2.

Unfortunately I have left this to late to do a detailed match report, again, as my memory is hazy of what happened in this game and what happened in others. I will instead go over the events that I do remember happening in this match. Aldershot took the leaf through Dani Lopez. His second goal in as many games. A Danny Hylton through ball found his strike partner who did something that I said he didn't do against Wimbledon. Found an extra yard to keep away from the defender. In line with the centre of the goal at the edge of the area he released a shot that found the bottom corner to put the shots 1-0. Burton's best chance of the match cam 4 minutes before half time when Jamie Young made an awesome reflex save point blank to prevent the home team from scoring.

Second half Aldershot continued in similar fashion. Not giving Burton an inch of space and working as hard as possible in order to win the ball back. They were unable to score again but created all the chances, two sticking in my mind particularly well. The first was when a corner from the right found Dani Lopez who in one movement chested the ball down and volleyed it. The home goalie somehow managed to push the shot to safety. The second chance came towards the end of the game when Danny Hylton charged down the ball, gained possession and passed the ball into the back of the net. Unfortunately the referee deemed there to have been a foul on the keeper. Thankfully we held on for a valuable 3 points.

I can only say sorry for how lazy this post may appear, but I'm about 4 games behind and have limited time to do these entries. 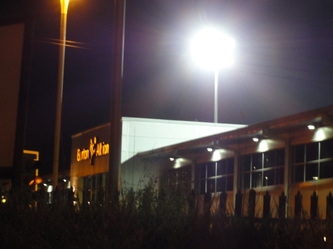 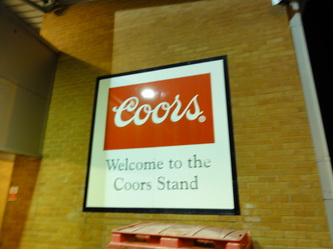 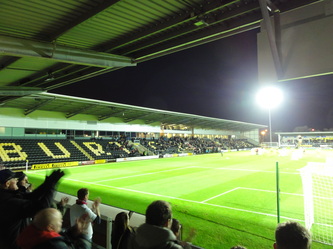 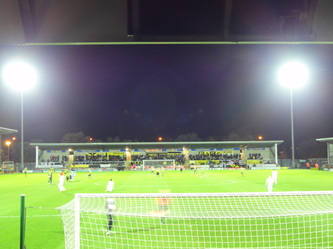 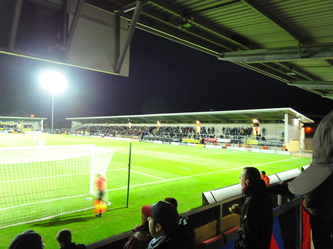 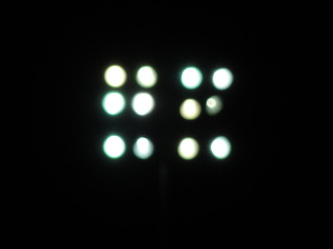 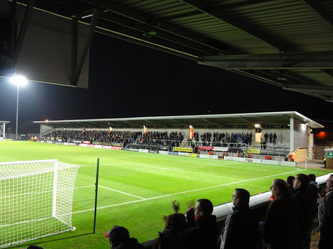 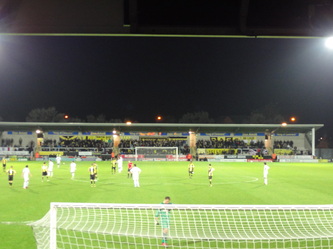 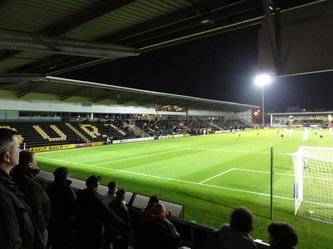 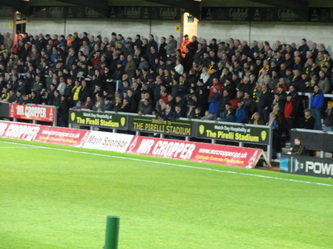 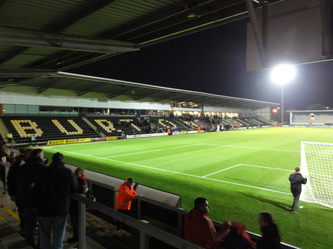 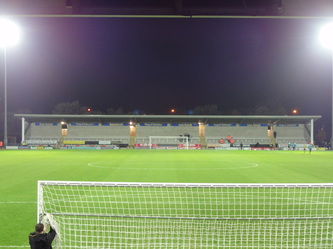 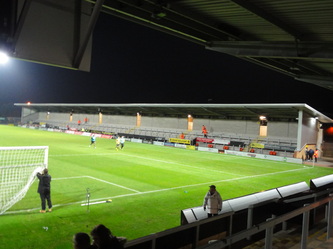