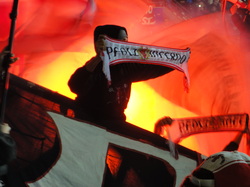 With football limited to a choice of a field in Alkmaar or Bochum, we settled on the latter. During the day we'd bought our tickets, opting to sit down the other end of the ground for the first time. The journey was longer than expected due to the traffic, but thanks to the car park near the ground we weren't too fussed as you're virtually always guaranteed a space. On the way we'd noted how we hadn't seen Kaiserslautern before, or indeed new a lot about them. Odd considering their stature in German football and the fact that they play in a ground we'd both like to visit.

Parking up we wandered round to the part of the ground that we hadn't seen before, the stand along the side and the away end, before making our way in. It was apparent that we were in the 'away' end, in that our block, technically the home end, was filled with Police, 'lautern fans and us. Not that we cared, as we've become accustomed to going to games in Germany we've come to expect it, regardless of how many fans are in the away end. In fact, some fans endorse going in the blocks next to the away end if it's completely sold old. In the actual away end there were 1,700 (below our 2,500 estimates) although they made quite a lot of noise.

The players came out and were greeted by Bochum's anthem being deafened by the shrieks of whistles in the away end. I have never walked away from a game with my ears ringing before, but this was unbearable, and judging by the people stood fingers in ears I wasn't the only one that thought this. This morning I found out that it was some sort of protest, with the banner roughly translating to "we whistle at your kick off time" or something like that. I imagine the sound coming through on the TV's at home were none too pleasant either.

The game was an average affair, I thought that someone would clinch a goal, indeed from early on Phil said that this had 0-0 written all over it. The game was delayed slightly in the 75th minute when a couple of flares were let off by the visitors. This was to be the only thing of note in a game filled with squandered chances, and a couple of rough tackles flying in. 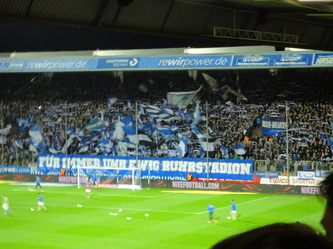 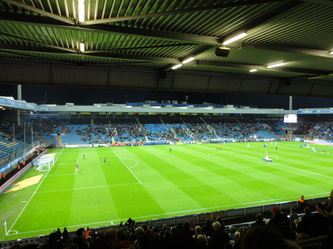 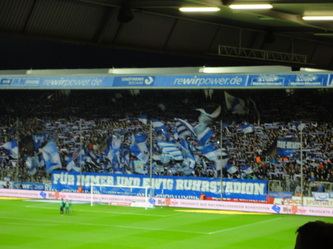 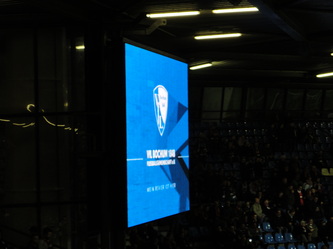 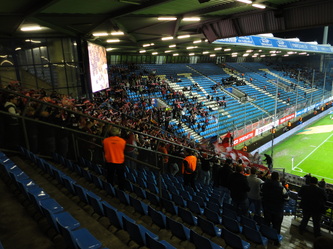 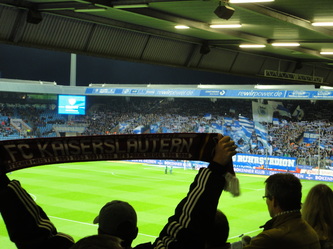 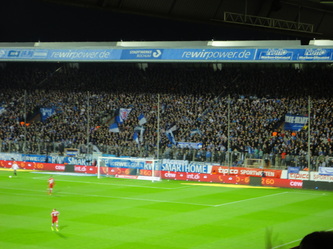 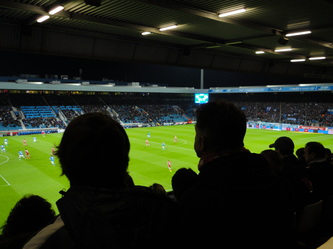 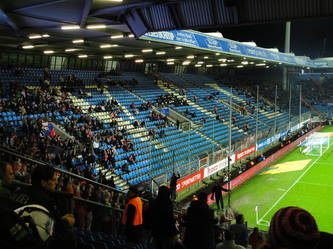 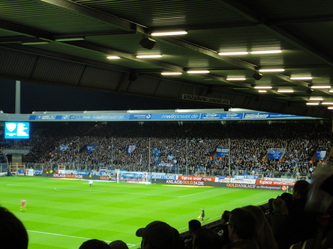 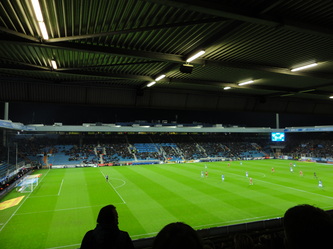 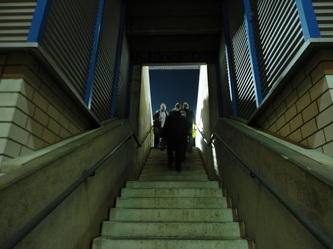 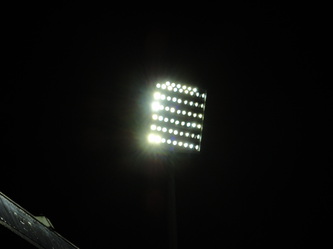 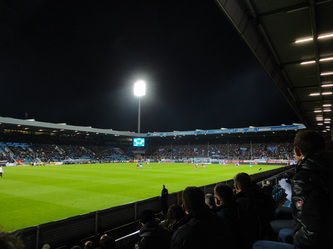 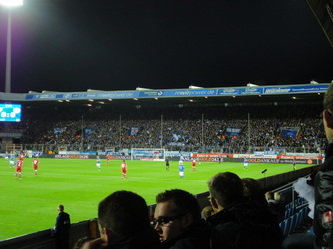 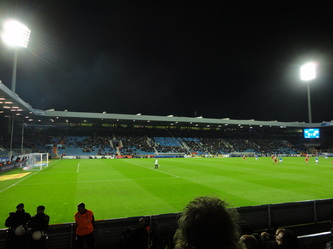 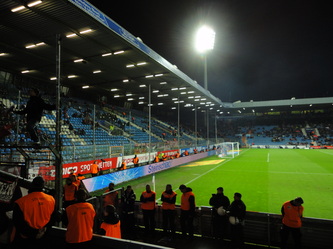 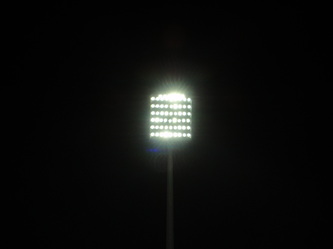 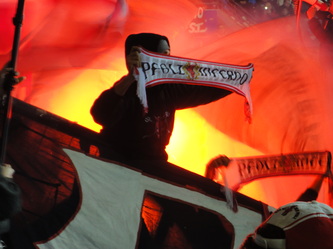 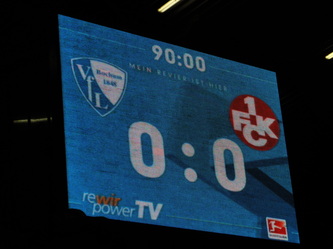 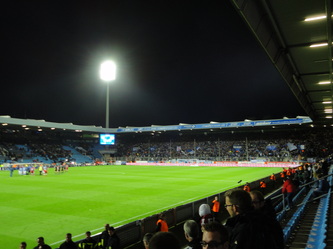 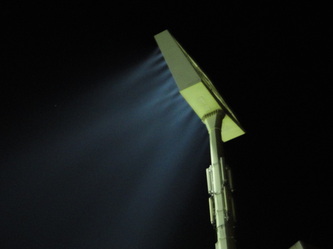 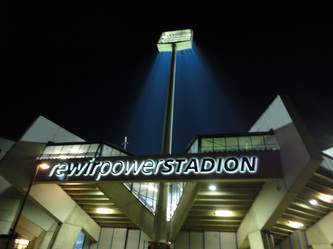