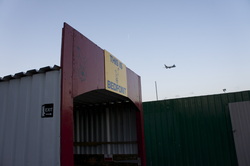 With what will be one of the remaining few times I'll meet up with the RR this season to watch Non-league obscurities we finally managed to achieve two things. The first of which was to finally see a game at one of the Bedfont grounds (reasoning to come) and the second was to see Guernsey play. I'm going by the assumption that the readers understand the basic history of Guernsey fc, if not google it. This week was a change in that I agreed not to meet the RR at Slough, rather head home for dinner before shamelessly getting a lift from my mother, just as well with the money I saved on the train fees.

The proximity between the two grounds and Heathrow airport meant that after missing the entrances to both ground I soon found myself looking at Concorde. An odd site while traveling to a football game, I have to admit. After finally finding the correct ground I awaited the arrival of the RR before making our way in. Now I don't like to moan about Non-league clubs, but I was rather p*ssed off with the block at the turnstile. I asked for one concession (showing my student ID) and a badge. This would've come to £6. Instead I got charged for an adult price and a badge coming to £8. It was only when walking round the ground I realized what had happened, and then to make matters even worse I realized that he hadn't even given me a badge. I really wish I had have made a stand.

As mentioned the ground was one that I'd been meaning to get to for quite a while, the main reason being that the ground is synonymous with the low flying aircraft from Heathrow which can lead to some pretty cool photo's, the most famous of which is a Boeing-747 coming into land, although I think that's from Bedfont FC next door. Needless to say the planes get bloody annoying after a while. The ground is, as expected, pretty basic. The main development coming on one side in the form of the long and narrow clubhouse. The bar area was pretty cramped, but I didn't quite appreciate just how small it was until I received a tweet from the traveling fan at half time telling me he couldn't get in due to how busy it was. The rear/side portion stretched to the far corner, I assume with the changing rooms inside. To the front was a small seated area for around 100. The rest of the ground was a path, save for a small covered terrace area straddling half way.

The game was poor and on the Guernsey performance Egham should be deserved champions. Saying that we were impressed by the number of Guernsey supporters that were visible, making up a fair chunk of the crowd. 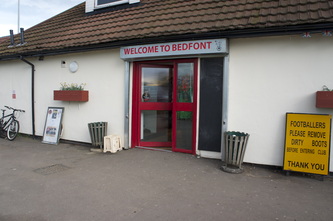 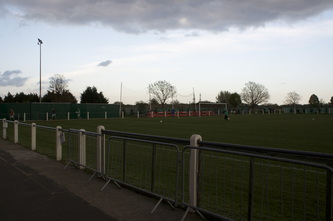 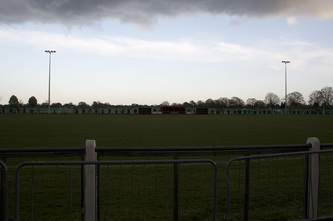 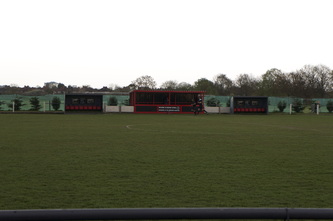 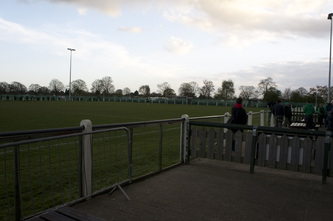 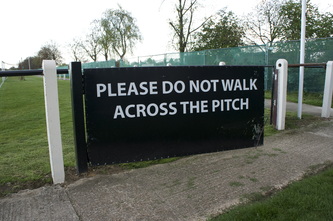 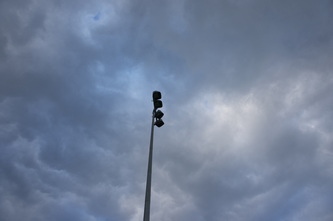 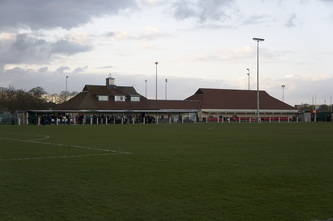 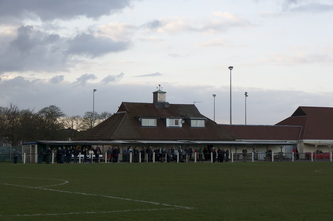 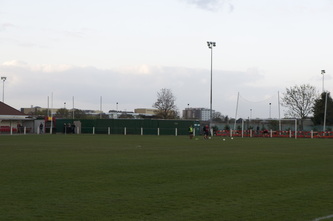 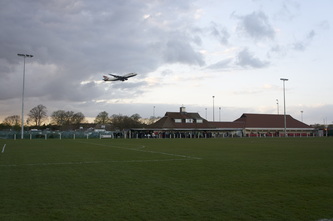 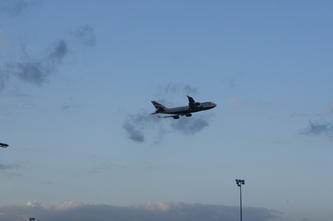 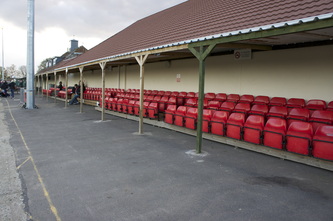 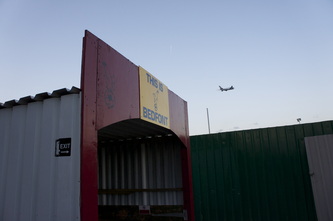 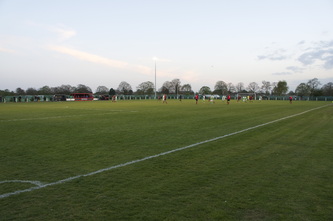 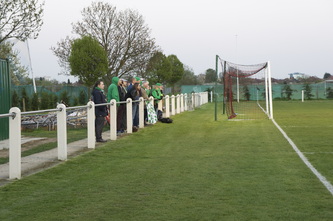 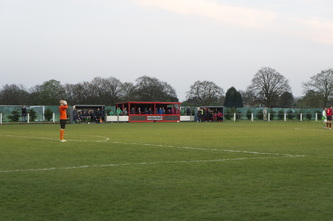 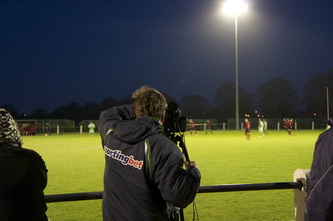 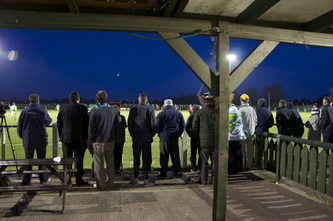